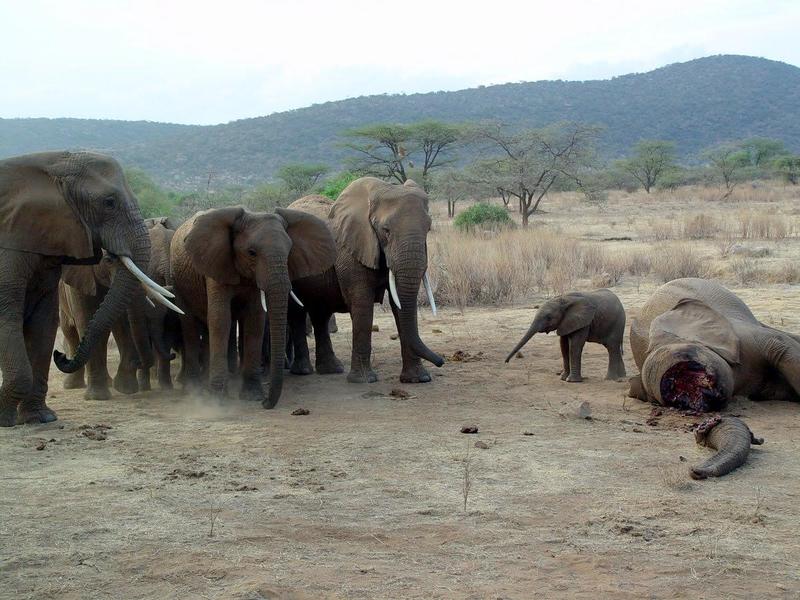 ALMOST 90 dead elephants have been found in a famous wildlife sanctuary in Botswana after being killed for their tusks by poachers. An aerial survey is currently being carried...
by Kimberly Botts September 4, 2018 1003 Views

ALMOST 90 dead elephants have been found in a famous wildlife sanctuary in Botswana after being killed for their tusks by poachers.

An aerial survey is currently being carried out by Elephants Without Borders, who has said the scale of deaths by poaching is the largest it’s ever been in Africa.

A wildlife survey carried out by a scientist said that many of the 87 dead elephants were killed for ivory just weeks ago, as well as five rhinos that were poached in the space of just three months.

Although Botswana is known for having the world’s largest elephant population, poachers are actively destroying elephants on a daily basis.

“I’m shocked, I’m completely astounded. The scale of elephant poaching is by far the largest I’ve seen or read about anywhere in Africa to date,” said Dr Mike Chase from Elephants Without Borders.

Dr Chase also said poachers are turning to Botswana after killing large numbers of elephants in nearby Zambia and Angola.

The latest killings were found at the Okavango Delta wildlife sanctuary, which attracts tourists from across the globe.

It’s been estimated that in the last decade, around a third of Africa’s elephants have been killed, as well as 60 per cent of Tanzania’s elephants being killed within five years.

It has also been reported that the international border is lacking in fences, and that elephants coming from Angola, Namibia and Zambia are deciding to stay in Botswana where it was thought to be safe for them.

Cases of poaching in Botswana are rare, because of well-armed and managed anti-poaching units, giving Botswana a reputation for an unforgiving approach to poachers, reports BBC News.

Botswana is home to around 130,000 elephants, and is described as the last remaining sanctuary in Africa, as many of the others have been wiped out by poachers.

Britain is helping to put an end to poaching, as it has imposed a complete ban on selling ivory, making the ban one of the toughest in the world, according to environment secretary Michael Gove.

Still to be signed into law, the ban comes after a consultation in which more than 60,000 people favoured the move, an earlier article reports.

Anyone caught breaking the ban will face up to five years in jail or an unlimited fine, the Department for Environment, Food and Rural Affairs (Defra) say.

Other countries have already banned the trade in ivory – expected to make £17billion a year – but many allow older items to be bought and sold.

Wife admits to ‘fatally poisoning husband with eyedrops’, funeral in the backyard!