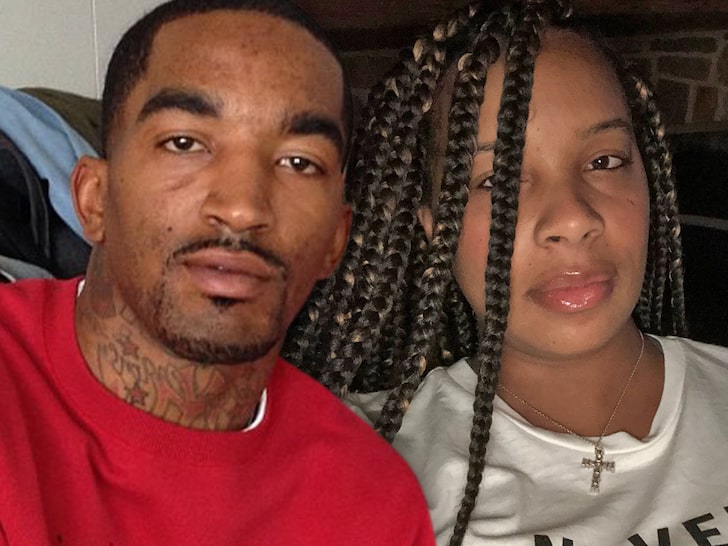 NBA Player J.R. Smith Makes Fun Of His Wife Who Posted On IG A Prayer To God About Him And The Alleged Mistress

J.R. Smith is finally speaking out about the rumors he’s been cheating on his wife — the NBA star says he’s been separated from Shirley “Jewel” Smith for months. J.R. went to...
by Raquel Jayson December 18, 2019 1146 Views

J.R. Smith is finally speaking out about the rumors he’s been cheating on his wife — the NBA star says he’s been separated from Shirley “Jewel” Smith for months.

J.R. went to social media Wednesday to announce the state of his marriage after Jewel posted a long Instagram video suggesting she knows all about J.R.’s alleged affair with “The Flash” actress Candice Patton.

In her video, Jewel asked God for prayers — and mentioned both J.R. and Candice by name.

“My husband, he’s hurting and Candice, she’s hurting … For her to go out here, Father God, and seek a married man, I just pray that you give her grace and mercy through all of this.”

During the video, Jewel explains that God spoke to her and compelled her to go public with the situation … and she posted the clip because it was God’s will.

Fast forward to Wednesday morning … when J.R. finally broke his silence about the situation and seemed to be mocking Jewel’s video in the process.

“IG ain’t a place for relationships!! But God told me to tell y’all I’ve been separated for months. He doesn’t understand why his child failed to mention that… #thatsall.”

J.R. and Jewel were married back in 2016 and have 3 children together — including Kota, who was born in 2017 VERY prematurely and only weighed around 1 pound at birth.

As for Jewel, she’s been getting support from some of her famous friends including LeBron‘s wife, Savannah James, who commented on her IG page, “Amen I love you sis.”