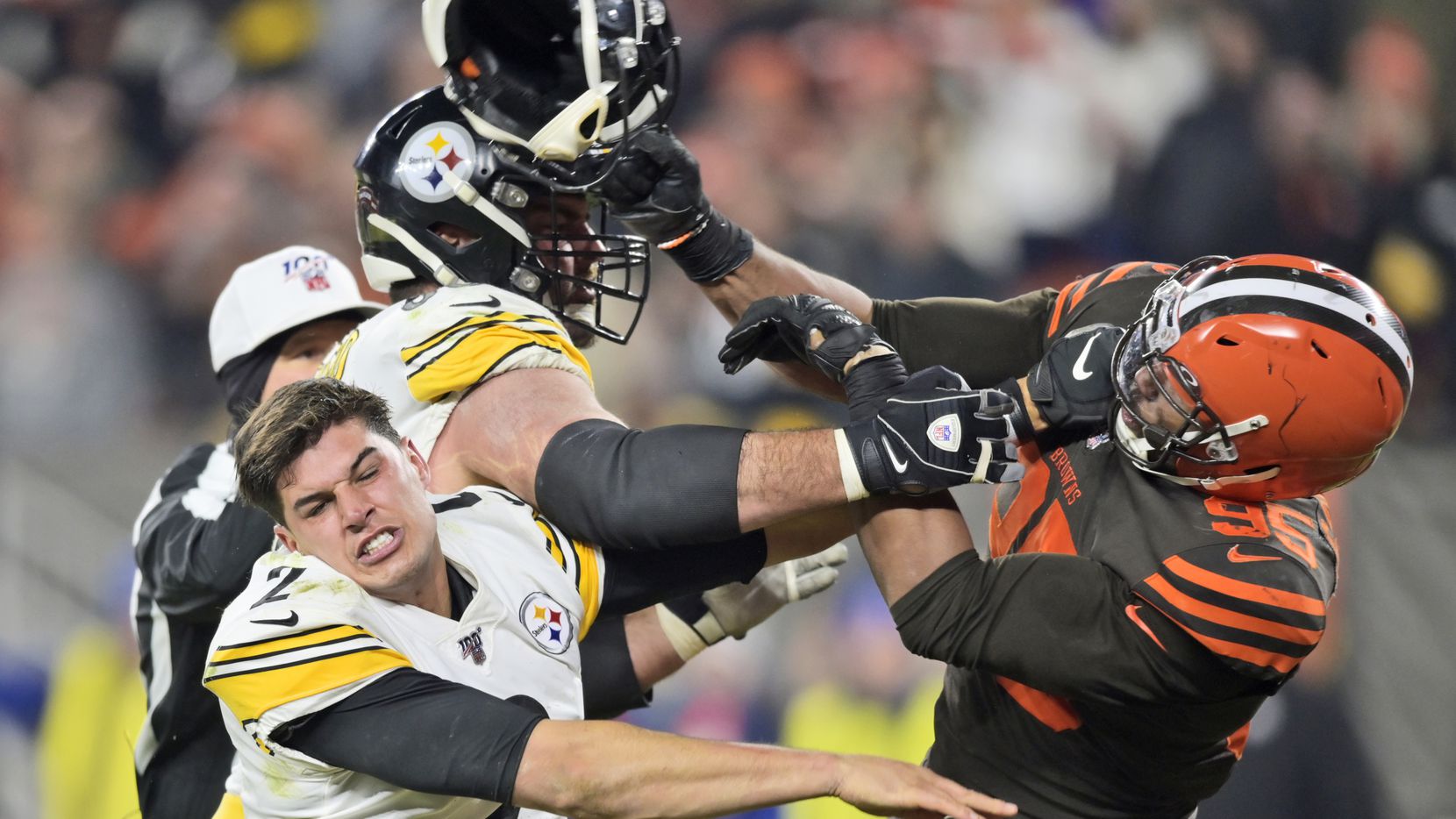 The Garrett decision, made by appeals officer James Thrash, means he will be suspended without pay for at least the remainder of the 2019 season. Garrett will have to meet with the commissioner’s office before being reinstated.

With seconds remaining in the fourth quarter of last Thursday’s game, Garrett ripped off Steelers quarterback Mason Rudolph‘s helmet and clubbed him in the head with it.

Garrett’s suspension, which will be at least six games, is the longest in NFL history for a single on-field incident.

A source confirmed to ESPN that Garrett also was fined $45,623.

Pouncey initially had been given a three-game suspension last week for punching and kicking Garrett during the brawl, but appeals officer Derrick Brooks reduced the ban by a game while upholding his $35,096 fine.

He will still miss the Browns-Steelers rematch on Dec. 1.

During Garrett’s appeal hearing in New York on Wednesday, Garrett alleged that Rudolph directed a racial slur at him just prior to the brawl, sources told ESPN’s Josina Anderson and Adam Schefter.

Rudolph has denied the accusation, with a Steelers spokesman and Rudolph’s lawyer releasing statements that the quarterback did not use a racial slur.

“This false allegation was never asserted by Garrett in the aftermath of the game, never suggested prior to the hearing, and conspicuously absent in the apology published by the Browns and adopted by Garrett,” said Rudolph’s attorney, Timothy M. Younger. “The malicious use of this wild and unfounded allegation is an assault on Mason’s integrity which is far worse than the physical assault witnessed on Thursday. This is reckless and shameful. We will have no further comment.”

NFL spokesman Brian McCarthy said Thursday that the league looked into Garrett’s allegations that Rudolph used a racial slur “and found no such evidence.”‬

On Wednesday, Browns defensive tackle Larry Ogunjobi‘s one-game suspension for shoving Rudolph in the back and to the ground was upheld by Thrash.

Democrats Are Drafting Articles Of Impeachment For Trump: Per Wolf Blitzer

A French Bulldog Owner Stabbed By Someone Trying To Steal His Dog!