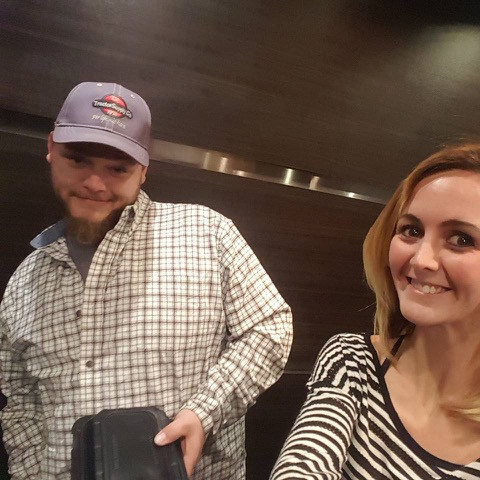 Mom Leslie Browning was shocked when daughter Alicia asked if she could marry her boyfriend Daniel Scott when she was just 16. Of course, Leslie said no – but...
by Raquel Jayson January 21, 2020 160 Views

Mom Leslie Browning was shocked when daughter Alicia asked if she could marry her boyfriend Daniel Scott when she was just 16.

Of course, Leslie said no – but Alicia managed to wed anyway.

Happily the mother and daughter repaired their relationship but Leslie never liked Daniel.

And she was right not to.

He bullied Alicia and eventually – when she was just 27 – shot her dead, taking a piece of her brain which he refused to hand over to police.

From the moment I met my daughter Alicia’s boyfriend Daniel Scott, I didn’t like him.

As soon as they started dating she started answering back and lying. It was so out of character, so I banned Alicia from seeing him.

One day, she was about 16, she sneaked out to visit him. We fought and she moved in with her dad Doug instead.

I was heartbroken but she wouldn’t speak to me, much less come home. Her dad worked long hours so he gave her the freedom to see Daniel.

I tried to make up with her but she wouldn’t have any of it. Then, I had a phone call from her.

“Can you come to the court to sign a document so that me and Daniel can get married?” she asked.

I was shocked and of course, I said no.

So she got Doug’s permission instead and they were married in October 2004. I was so hurt and worried.

Thankfully we did bury the hatchet. I know that she had missed me and she needed me more than ever.

They lived with his parents, and then they got an apartment close to me, my husband Darin and her sisters Lauren and Courtney, not long before their son Dylan was born in March 2006.

I was happy to be close, so I popped in whenever I could to see if she needed anything for the baby. I know Daniel didn’t like it but he didn’t scare me.

In November 2006, she had a big angry red bruise on her forehead.

“What happened?” I asked. “Oh I just bumped my head,” she said but I knew she was lying.

“If anything is going on, you and Dylan can always come back to live with me,” I said.

About a month later she came to live with me. I was thrilled she was away from Daniel – I knew he controlled her.

But Daniel was relentless. He bombarded her with messages, calls and gifts.

I had set her and Dylan up in an apartment and in June 2007, I found Daniel there hiding behind the sofa and I kicked him out.

Alicia was angry and the next day, when I went to the apartment, Alicia and Dylan were gone.

They had moved in again with his parents and she wouldn’t take my messages until she called me a few weeks later to tell me they were moving all the way to Alaska.

I was gutted but I grew close to Alicia again.

Daniel allowed this but he wouldn’t let her make new friends, or speak to her sisters. She was so isolated.

They came back to Texas in 2010 and she was pregnant with her third child, Alyssa.

I wanted to shower Alyssa with all the love I had missed, so me and her sisters threw her a baby shower and I went with her to all her pre-natal appointments.

It was such a special time. I was even at Alyssa’s birth on August 6, 2010 – it was the first time I had seen a baby coming into this world and it was the most amazing day.

I remember when she was laying there after her caesarean section and Alicia asked to hold her baby. Daniel wouldn’t let her.

I was angry, so I took Alyssa and placed her in Alicia’s arms.

After the baby, Daniel started distancing Alicia from me.

I knew that it was Daniel’s doing and if I made a fuss, it would be the worst for Alicia. I knew that she would contact me when she was ready.

And she did. Looking back, I think 2016 was our closest year because the kids would stay with me often.

I was so looking forward to December. Alicia wasn’t allowed to come to my house on Christmas Day to open gifts, so we planned it for New Year’s Eve.

On December 27, I was woken by Darin, having gone to bed early.

He told me Alicia was dead.

I couldn’t stop screaming. I thought my heart was going to break in half, the pain was so bad.

I hadn’t heard from Alicia for a few days as Daniel was monitoring all her calls. I hadn’t even spoken to her or the grandkids on Christmas Day.

Earlier that day Alicia had texted Daniel to say: “Thank you for ruining my Christmas again.” I still don’t know what had happened but it must have been something serious.

Later, he went home and he shot Alicia in the forehead – the force blew a huge hole in the back of her head. Daniel then threw her over his shoulder and took her to hospital.

Alicia was dead. He told the police that it was a terrible accident, that he was cleaning his gun and she got in the way.

My Alicia had bruises all over what was left of her beautiful face, so she had taken a beating.

Daniel was holding a piece of Alicia’s brain in his hand and when he wouldn’t hand it over, he told the police that he had to keep it because it was all he had left of her.

So even in death, Daniel had to keep a piece of his wife.

I still don’t know how we got through losing Alicia. We clung onto each other and tried to be strong for her babies, who she adored more than anything else in the world.

The police saw through Daniel’s lies and in March 2018, he was found guilty of Alicia’s murder and he was sentenced to 70 years in jail.

At the trial, we heard that within hours of her death, he had been using his phone to trawl internet classified sites looking for a girlfriend. It makes me so angry.

I was there to see him in court and it was a bittersweet day. I fought hard to have custody of my grand-children but this was awarded to their paternal grandparents because they had lived with them for so much of their lives.

It was a huge blow to me but there was nothing I could do. They don’t let me see Alicia’s kids and I struggle to live with that every single day.

After the trial, the only way I could get through it was my deep desire to help others affected by domestic violence.

I set up the Alicia’s Voice Foundation and we provide helpful advice and resources to women in domestic violence situations.

I also go into schools to educate our teenagers on what is a bad relationship and how to look for the warning signs. I also show them what a healthy relationship looks like too.

Our lives have been shattered forever.

I will never stop telling her story – if I can save one person it’s worth it.

Where can you get help?

You don’t have to suffer in silence.

Meanwhile, Lauren told how her angry ex throttled her in a shocking case of domestic violence.

Plus, this woman was battered on Valentine’s Day in a terrifying five-hour ordeal.

And mum-of-one Devon Brown, 26, from Wigan endured months of controlling behaviour at the hands of her jealous ex.