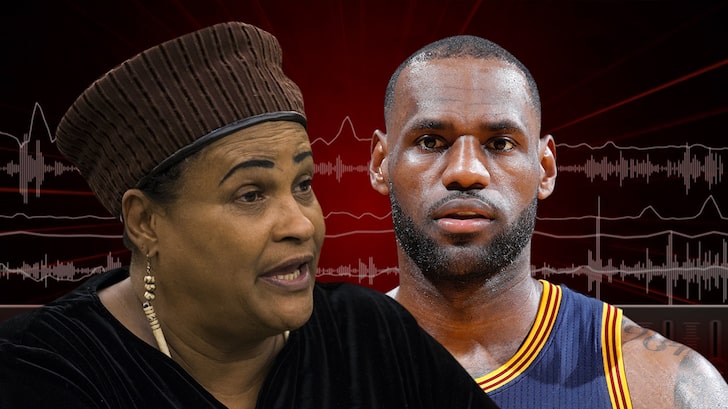 Muhammad Ali‘s ex-wife — who was married to him during his Vietnam War protest — says she wishes LeBron James would have stood up for the people of Hong Kong, because...
by Zach Freeman October 15, 2019 341 Views

Muhammad Ali‘s ex-wife — who was married to him during his Vietnam War protest — says she wishes LeBron James would have stood up for the people of Hong Kong, because that’s what Muhammad would have done.

TMZ Sports spoke with Khalilah Ali — who was married to the boxer from 1967 to 1976 — and she says she was his adviser for his biggest protest … refusing to fight in the Vietnam war.

Lakers’ LeBron James on NBA’s China controversy: “I don’t want to get into a … feud with Daryl Morey but I believe he wasn’t educated on the situation at hand and he spoke.” pic.twitter.com/KKrMNU0dKR

Khalilah says she’s aware of China’s issues with the NBA — and the pro-Hong Kong tweet sent by Houston Rockets GM Daryl Morey — but says she’ll ALWAYS support people “who are standing up for their rights.”

So, when Khalilah heard LeBron’s comments — which condemned Morey’s tweet — it was clear to her Muhammad would have handled the situation MUCH differently.

Listen to the audio, Khalilah essentially says powerful people like LeBron and Muhammad should stand up for people fighting for their human rights.

Khalilah also says Muhammad was more savvy when it came to his political comments because he was a “man of the world” who was always fighting for the global good.

“They would not take Muhammad Ali’s shorts and burn them anywhere, it would never happen.”

Khalilah’s referring to the backlash LeBron has gotten in Hong Kong — where protesters are burning LBJ’s jersey in the streets.

Critics of LeBron have been trashing him on social media — saying he’s no Muhammad Ali. Khalilah agrees … but says he “could be” if he changes the way he handles global political issues.

She adds, “I love LeBron James. I think he’s the greatest. But, when it comes to people and society and companies, we have to put that aside. Respect it, but you have to stay the course when it comes to human respect and human fight, human liberty.”

Florida man, 94, says he tried killing himself in murder-suicide but gun ‘malfunctioned’ and only wife died