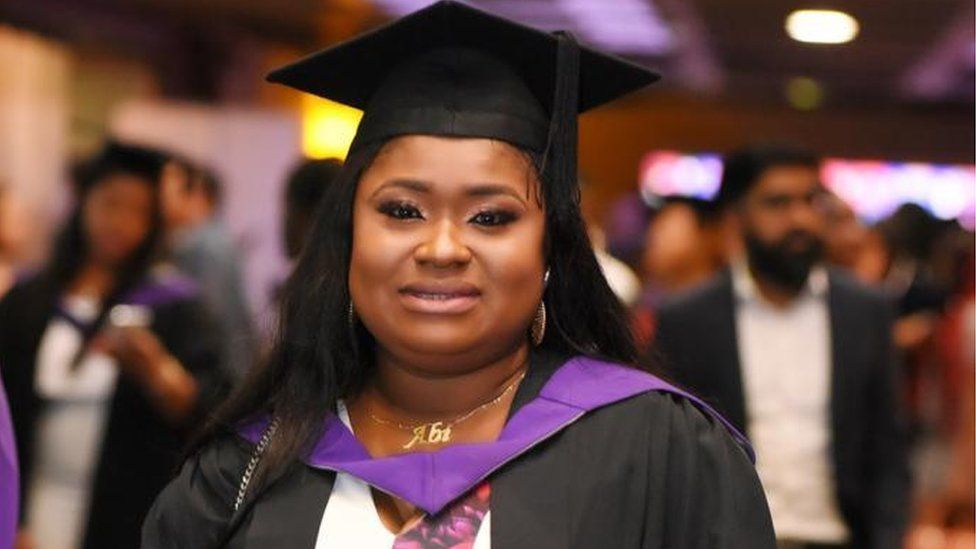 A woman who died after having liposuction in Turkey had been fed up with people asking if she was pregnant, an inquest heard.

Abimbola Ajoke Bamgbose, 38, of Dartford, Kent, died in August after having the treatment in Izmir.

Husband Moyosore Olowo said he believed she was on holiday with friends until she called to say she was in pain.

He went to Turkey after she stopped calling and found she had been rushed to hospital for more surgery.

Mrs Bamgbose, who also had a Brazilian butt lift, died there two weeks later, the inquest in Maidstone heard.

Mr Olowo, a rail safety officer, said his wife paid £5,000 for the package with Mono Cosmetic Surgery as UK treatment was too expensive.

Describing why she wanted it, he said: “When a woman is unhappy and getting feelings about her looks, the clothes she buys do not fit and people ask if she is pregnant because of her tummy, sometimes there is nothing we can do. We are powerless.

“I wasn’t concerned. I told her ‘you have three children’. I told her my tummy is bigger than hers.”

He said his wife, a social worker who graduated with a first class degree, was “as near perfection as it’s possible to be”.

Mr Olowo said the medical director in Turkey “confessed it had been a mistake”.

Assistant coroner Alan Blundson recorded a narrative conclusion, and said: “This is a tragic case, the more so because the surgery was elective cosmetic surgery.

“Whilst Mrs Bamgbose was determined to have it performed, her husband had not seen it in any way as necessary.”

A post-mortem examination found Mrs Bamgbose had a perforated bowel and her death was caused by peritonitis with multiple organ failure as a complication of liposuction surgery.

Mr Olowo has said he is suing Mono and the surgeon, Dr Hakan Aydogan, for £1m in the Turkish courts, claiming medical negligence.