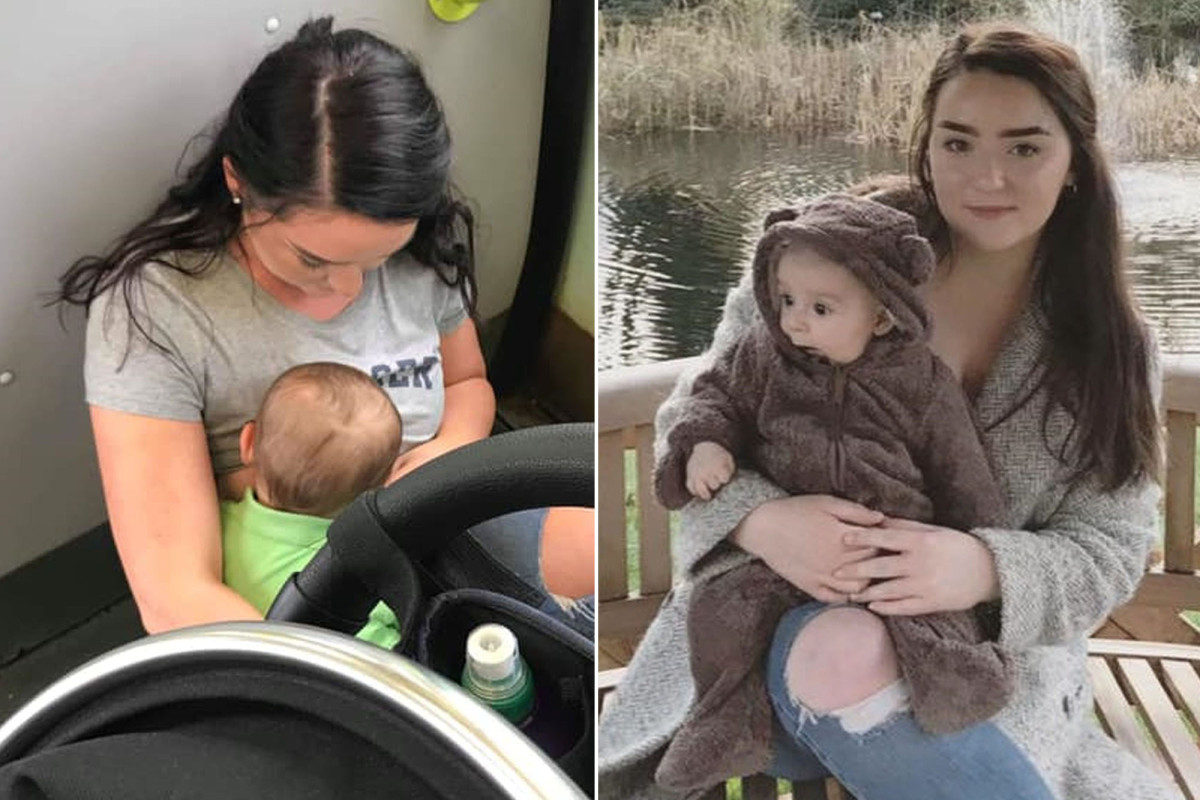 Mother forced to breastfeed her child on the train floor after all passengers refuse to get up and offer her a seat!

Sophie Molineux breastfeeding her baby Chester, sitting on the floor of the trainKennedy News and Media A UK mom said she was forced to breastfeed her 1-year-old son on...
by Joy Smith August 23, 2019 533 Views

Sophie Molineux breastfeeding her baby Chester, sitting on the floor of the trainKennedy News and Media

A UK mom said she was forced to breastfeed her 1-year-old son on the floor of a filthy train car — because not a single commuter got up to offer her a seat, according to a new report.

Sophie Molineux, 22, her toddler Chester Moore and partner Rob Moore were heading from Shropshire to Ludlow for a family outing Tuesday when they couldn’t find a seat on the packed train, Molineux told The Mirror.

They boarded around 11:40 a.m. and not one of the dozens of passengers — including those in priority seats meant for people who are disabled, pregnant, over 65 or have a child under 3 — got up for Sophie as she cradled her baby, she said.

So Sophie and Rob stood in the aisle, juggling a stroller and taking turns holding Chester during the 30-minute trip.

Chester became hungry — and the young mom was forced to sit in a corner on the floor of the train car and feed him. Commuters, meanwhile, gave her “blank expressions so they didn’t have to give up their seat,” she said.

“I was so shocked,” she told the paper. “There were around 50 people in the carriage and not one person moved. We were stood in the aisle with seats either side of us so both sides of the train could see us stood there and no one moved.”

“Obviously I’d rather not sit on the dirty floor of a moving train breastfeeding him — it wasn’t the nicest place — but I didn’t really have much choice,” she added.

Sophie told the outlet she’d been breastfeeding for more than a year and never had that type of problem before.

“I’m fairly confident about breastfeeding in public but I would probably have felt more uncomfortable about the situation if my partner hadn’t have been with me,” she told the outlet. “I just hope that people might be a bit more considerate in future, it should just be common sense to give up your seat for a child.”

Liam Hensworth isnt fighting for anything in divorce against Miley Cyrus; she gets the dogs!