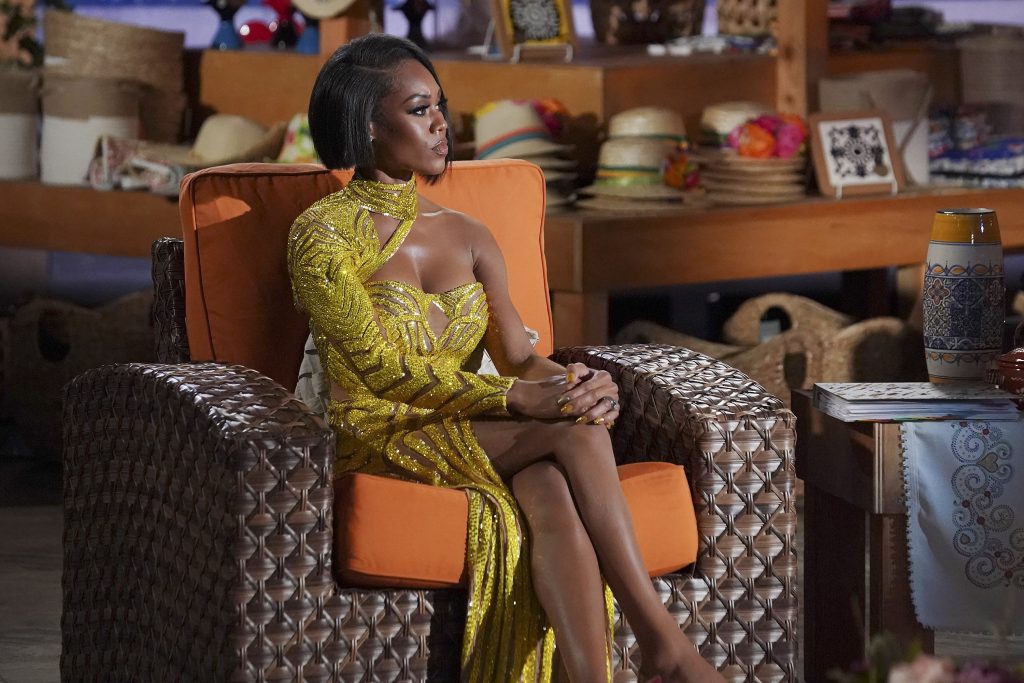 It is being reported that Monique Samuels has quit Real Housewives Of Potomac! The season-long conflict between The Real Housewives of Potomac stars Candiace Dillard-Bassett and Monique Samuels is set to hit a climax during the third and final part of the reunion this Sunday. Ahead of the episode, Samuels spoke on a live stream and answered a fan’s question about the social media rumor that contracts for season 6 of the show have gone out.

During a recent live stream, Samuels was asked to verify if contracts for the upcoming season had been sent out.

“There are rumors about you being fired, are you allowed to talk about that,” asked a fan. “My understanding is that contracts have not been sent out yet. if you gone, I am gone.” She responded and said, “contracts have been sent out and that rumor is not true.”

While Samuels did not exactly verify if she would be returning, she confirmed that she in fact has not been fired from the show and received a contract. What’s unclear, however, is whether to not Samuels will be back on the show. If she did get a contract, she may have decided to leave the show. But still, in recent interviews, all signs have pointed to Samuels going back to the show if offered.

Samuels said few weeks ago that if she returned, the dynamics among the cast would have to change. Of course, Dillard Bassett said that she wouldn’t film with Samuels if she came back, but it is clear that something would have to happen with her on-screen dynamic with Gizelle Bryant, Robyn Dixon, and Wendy Osefo.

“The whole gang up and the whole bullying mentality and all of those things, it’s not going to work anymore,” she said. “People need to bring their own weight so that they can have something good to talk about rather than making the same paycheck as I’m making, And I’m out here showing real life. And you’re out here jumping onto my storyline because you have nothing to talk about or you’re coming with fraudulent stories, fake relationships to create some TV. This is reality TV. It’s not scripted.”