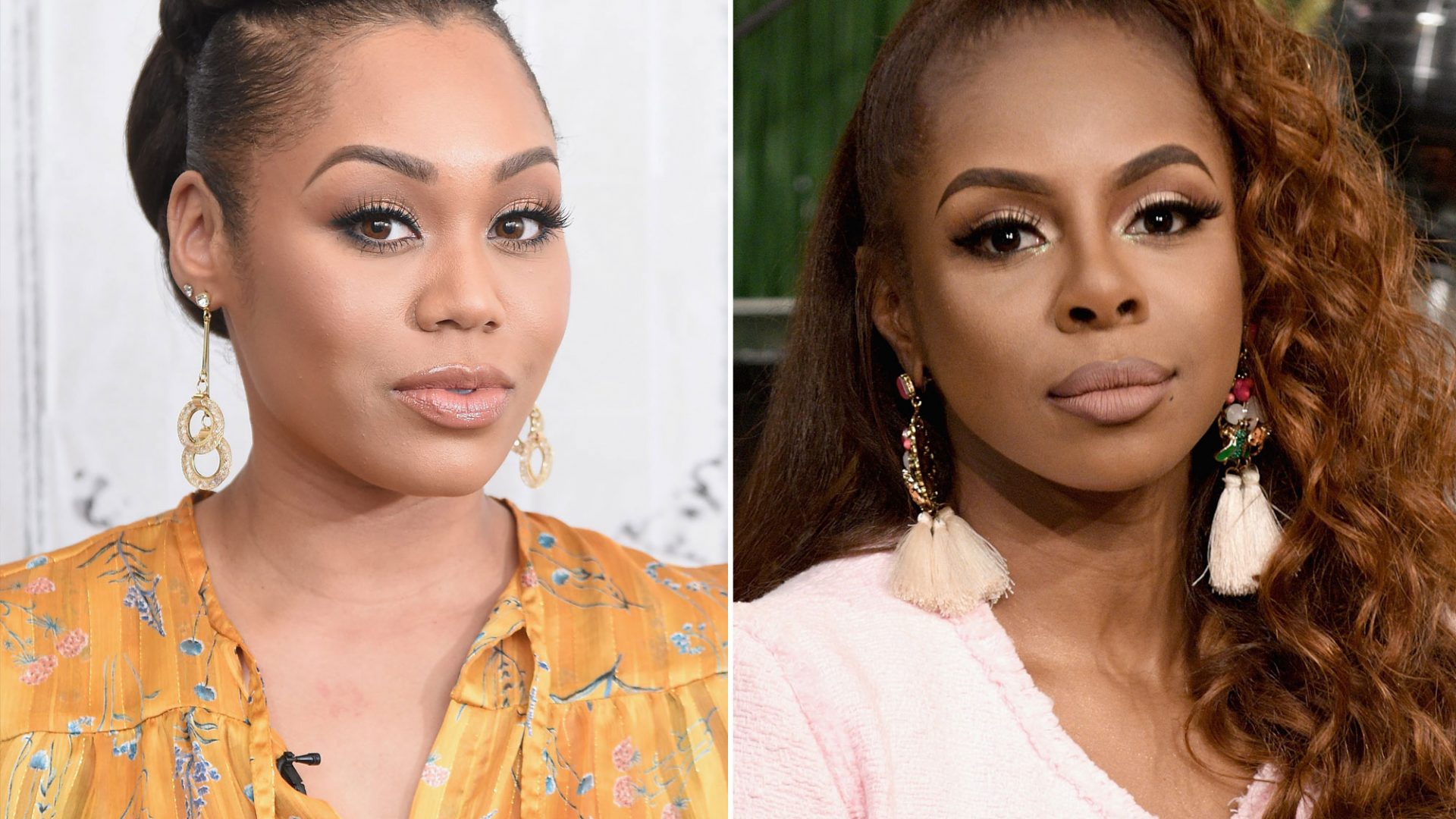 Real Housewives of Potomac star Monique Samuels is in legal trouble after she allegedly got physical during a fight with her costar Candiace DillardBy Dave Quinn November 09, 2019 04:25 PMFBTwitterMore Real...
by Raquel Jayson November 10, 2019 218 Views

Real Housewives of Potomac star Monique Samuels is in legal trouble after she allegedly got physical during a fight with her costar Candiace DillardBy Dave Quinn November 09, 2019 04:25 PMFBTwitterMore

Real Housewives of Potomac star Monique Samuels is in legal trouble after she allegedly got physical during a fight with her costar Candiace Dillard.

According to a summons obtained by PEOPLE, Samuels, 36, has been charged with second-degree assault from the District Court of Montgomery County in Maryland.

Dillard, 32, filed a complaint directly with the court’s commissioner on Thursday, Nov. 7, the court records say. The commissioner found probable cause in Dillard’s complaint, issuing a summons for Samuels to appear in court on Dec. 23.

If a judge agrees there’s probable cause, Samuels can be arrested on the spot. A second-degree assault conviction would come with potential jail time.

The charge stems back from an alleged incident between Samuels and Dillard on Oct. 16.

A source tells PEOPLE the two were at a dinner party alongside their RHOP cast members when Samuels grabbed Dillard by the hair and pulled her down. Bravo cameras were said to be filming the incident the whole time, for the franchise’s upcoming fifth season.

Dillard’s personal attorney James L. Walker, Jr. provided PEOPLE with this exclusive statement. “At this time, we do not want to say too much and just allow the criminal process to play out. We only ask everyone to pray for our client Candiace and her family,” Walker said.

“The physical assault, humiliation and emotional distress have all been very painful and difficult for Candiace, as it would be for anyone attacked so viciously,” he continued.

“We also pray that Monique will get some help,” said Walker. “The summons to court charge of Second Degree Assault is just one step below first-degree assault and must be taken very seriously. This behavior has no place in our society.”

Walker ended his statement by asking that “everyone respect the privacy of the parties and allow the Montgomery County District Court to exercise its duty here to protect victims like Candiace.”

Samuels’ attorney, A. Scott Bolden, tells PEOPLE that Dillard’s claims are “completely one-sided, inaccurate and unwarranted,” adding, “Ms. Dillard has a public reputation for aggressive, belligerent and threatening behavior that has played out repeatedly on the Housewives of Potomac for millions of viewers to see for themselves.”

Bolden adds, “To be sure, my client did nothing but defend herself in the face of more very aggressive behavior by Ms. Dillard. If this event occurred during taping of the show, I am confident that the video will bear all of this out. My client has every right to file for a counter criminal summons, as well, and will consider doing so, while fully defending herself in this action that has been filed with the Court. Either way, I am confident that she will prevail on this matter. Going forward, we hope that Ms. Dillard seeks the help she needs to avoid creating these kinds of unsafe and unfortunate circumstances in and outside of the workplace.”

The two reality stars are both married: Dillard to restaurateur Chris Bassett, 41, and Samuels to NFL star Chris Samuels, 42. The Samuels share three kids: son Christopher, 6, and daughter Milani, 4, as well as baby boy Chase, who turns 1 on Nov. 26.

RHOP viewers will recall, Samuels and Dillard became close friends when Dillard joined the show back in its third season.

Their friendship fell apart during season 4, though it appeared the two made up during the final part of the RHOP reunion, which aired in September.

“I do look at you like a little sister,” Samuels said, crying. “I want to move forward. I feel like a lot of what happened throughout this season was a lot of misunderstanding and us not communicating. … I miss you.”

“I know, I wish that I would have called you,” Dillard said, before the two hugged.

The Woman Pastor Is Not Afraid. She Says She Will Keep Feeding The Homeless Inspite Of The Fight With The City and Community