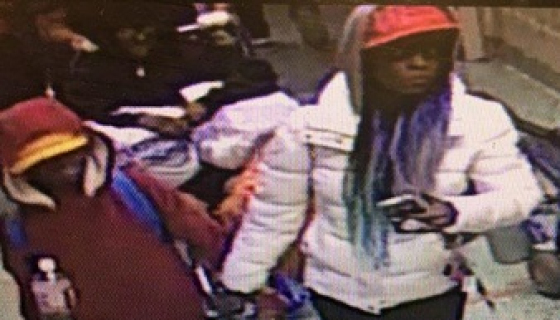 A woman abandoned her special-needs son at an Atlanta hospital, where the teenager was found outside, “cold and hungry,” authorities said Wednesday. Surveillance cameras caught Diana Elliott, 37, leaving the 14-year-old...
by Zach Freeman December 11, 2019 147 Views

A woman abandoned her special-needs son at an Atlanta hospital, where the teenager was found outside, “cold and hungry,” authorities said Wednesday.

Surveillance cameras caught Diana Elliott, 37, leaving the 14-year-old at Grady Memorial Hospital on Dec. 4 before she was tracked down and explained to police that she felt overwhelmed, officials said.

She was arrested Wednesday and has been charged with cruelty to children, prosecutors said.

“It’s rare that you see somebody older than a newborn being abandoned — its very rare,” Atlanta police spokesman Carlos Campos said.

Campos empathized with Elliott but said she made a bad choice.

“Our message is that we definitely understand that parents can feel overwhelmed by special-needs children – that’s something that everyone can empathize with,” Campos said. “But leaving them unattended is not the proper solution. The child was found outside, cold and hungry, and that’s just not an appropriate way to deal with something like this.”

The nonverbal boy was confused and unable to identify himself to police or to hospital staff.

Security video showed a woman escorting the teen into the hospital before she left alone in a red minivan, authorities said. He was later found outside.

“It was fortunate there was a nurse at Grady hospital, who was on her break, who went outside, and happened to notice this young man outside, and it wasn’t right, and that he needed help and shouldn’t have been left like that,” Atlanta police Lt. Jeff Baxter said.

Tips from the public helped police find Elliott, who was staying at a hotel in neighboring DeKalb County with three other children, NBC affiliate WXIA reported.

The state of Georgia has so-called “safe haven” protections, allowing parents to leave newborns at hospitals, fire stations, police stations and sheriff’s offices without facing prosecution. But this must happen within 30 days of the child’s birth.

Elliott has been booked for first-degree cruelty to children and is expected to appear before a judge Thursday, according to a spokesman for the Fulton County District Attorney’s Office.

Jail records do not yet show her retaining a criminal defense lawyer, according to prosecutors.

The teenager is now in the custody of the Georgia Division of Family and Child Services.