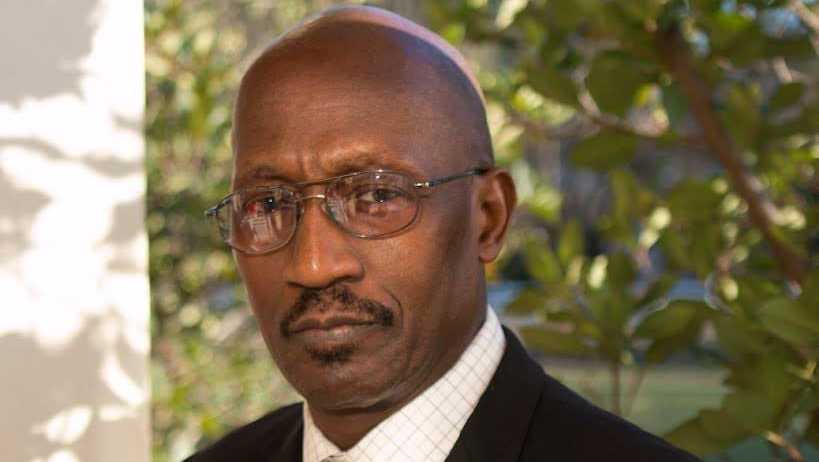 The genuine smile, joy, and peace on DarKenya Wallers’ face is not easily understood days after the sudden death of her father, Dave Washington, Jr. The former NFL linebacker,...
by Zach Freeman October 25, 2021

The genuine smile, joy, and peace on DarKenya Wallers’ face is not easily understood days after the sudden death of her father, Dave Washington, Jr.

“He just went to sleep and didn’t wake up,” Waller said.

And while Waller says her two brothers and mother are heavy-hearted, the family is overwhelmingly thankful for the life their patriarch lived.

“Born in 1948 and passed in 2021 – he made the most of his dash,” Waller smiled. “My father graduated from Alcorn State University with a degree in chemistry. He was a smart man, and he was offered a job with NASA.”

Instead, Washington, who stood 6′8″ tall, went to play for the Denver Broncos, a ninth-round 1970s NFL draft pick. But not before marrying his college sweetheart, Dianne.

“Let my dad tell it, she was a pretty young thing, and he fell hard,” DarKenya smiled.

Before the NFL, Washington played on the legendary national championship football team at Alcorn, led by Coach Marino Casem.

Casem became Washington’s surrogate dad in the absence of his father, who died when he was only two, DarKenya said. He spent 11 years in the NFL, and if it’s possible, Washington made a bigger impact in Mississippi afterward.

He received his master’s in education from Jackson State University and taught at Northwest Middle School, Lanier High School, Murrah High School to name a few.

“He wrote grants to bring funding into Jackson public schools, and he developed things on his own to help empower kids in the school systems,” Waller said. “He cared about their personal life and interacted with them in their personal lives to make them understand the options they have.”

“He brought youth from multiple schools together annually to witness the Super Bowl and to have interviews with NFL players in real-time. Now, they would be in one location, he would be remote in another, and I’ll tell you in the early 90s, that was not an easy thing to do.”

He was inducted into the Alcorn State University Sports Hall of Fame and the Southwestern Athletic Conference (SWAC) Hall of Fame.

Jackson Mayor Chokwe Antar Lumumba said, “Rev. Dave Washington, Jr. is the epitome of community, commitment, and leadership who will be greatly missed. We thank him for being an example of love which was demonstrated through the many ways he showed up and served.”

The couple worked together to design and built a middle-class subdivision in Port Gibson, equip the homeless in Jackson with job skills and resources, and even in their retirement, help to improve marriages and families around the world.

“He was so so driven by elevating people, especially economically, recognizing that just expose people to things, you know, that changes their mindsets.”

Of everything he accomplished, this daughter is most proud of how her dad did it.

“His enduring legacy for us will be his faith,” Waller said. “And don’t mean his religion or going to church. I mean, he really believed. From his charitable to business endeavors, if he had a thought, it became real because his faith was first. And for that reason, he will always be a superhero to us.”

Waller autographed every jersey with his name and his favorite bible scripture, Romans 1:16. It reads, “For I am not ashamed of the gospel of Christ: for it is the power of God unto salvation to every one that believeth; to the Jew first, and also to the Greek.”

The public is invited to Washington’s celebration of life and legacy, Saturday, October 16, at Ridgecrest Baptist Church in Madison. It’s located at 7469 Old Canton Road. Masks must be worn.