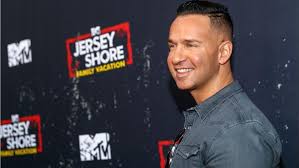 Sitch captioned his tweet, “Turn up we free !!! #freesitch,” and he’s been retweeting friends and fans sending him love. Pretty fantastic #Jerzday for the guy.

6:15 AM PT — The Sitch is a free man. He was released at 8:30 AM. He and his wife said, “We are elated to finally close this chapter of our life. Thank you to our family, friends and fans for the continuous love and support during this time, it brought us so much peace and comfort.” They go on … “We look forward to continuing our life as husband and wife and working on baby situations!”

Mike “The Situation” Sorrentino will be greeted by family, loved ones and a healthy scattering of his closest reality star friends on his way out of the big house.

The Sitch has been locked up in federal prison since January for tax evasion, and will finally regain his freedom Thursday. Our “Jersey Shore” sources tell us several members from the cast hopped on flights Wednesday and were prepping to record the events leading up to, and including Mike’s release.

He could be released anytime after 12 AM Thursday, and it’s unclear if the cast will meet Mike at the prison gates, or if they’ll wait for him to travel to them.

You’ll remember, Mike’s ‘JS’ buds were there to support him during the tax evasion court proceedings, and even made a pitiful — yet comical — attempt to persuade President Trump to let him out early.

Sitch posted a video of himself on his way to lockup back in January where he promised to come out a better version of himself.

One person outside the cast who is definitely excited to spend some QT with Mike??? His wife, Lauren, who he married just months before heading to prison seems to have something special planned for the two of them.

The question: who gets more face time with Sitch in the first 24 … Mrs. Sitch or the ‘JS’ crew??? We think we know who Mike would pick. EIGHT months, bro.GUESS THE SHREDDED ‘SHORE’ CASTLAUNCH GALLERY