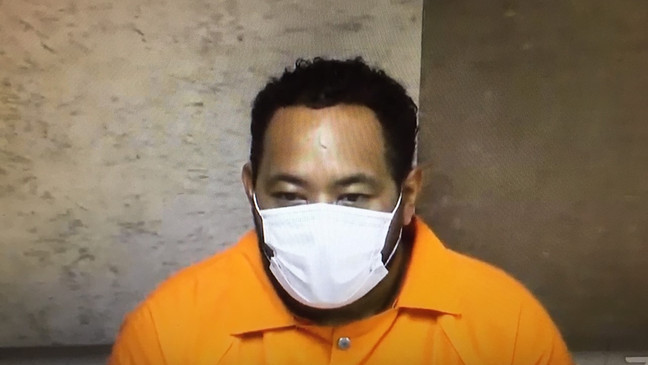 A former Kalamazoo pastor accused of sexually assaulting four male victims between the ages of 15 and 17 was arraigned Thursday, Sept. 3 in Kalamazoo County District Court via...
by Zach Freeman September 9, 2020 172 Views

A former Kalamazoo pastor accused of sexually assaulting four male victims between the ages of 15 and 17 was arraigned Thursday, Sept. 3 in Kalamazoo County District Court via Zoom.

He will be allowed to return to Mississippi, where he presently resides, while he awaits further proceedings, according to stipulations in a $500K personal recognizance bond set by Kalamazoo County District Judge Richard Santoni on Sept. 3.https://www.youtube.com/embed/2Ha3TN-9uJY?feature=oembed

A personal recognizance bond means the defendant is allowed to be released without any deposit or collateral.

The former pastor is being charged with two counts of third-degree criminal sexual conduct on a student, one on a person age 13-15 and one by force or coercion. He also faces four counts of human trafficking of a minor for commercial sexual activity and three counts of child sexually abusive activity.

Strickland, 37, is accused, among other things, of having paid teenage boys to have sex with his wife, according to his arrest affidavit. The dates of the alleged offenses, according to court records, span from Aug. 1, 2015 to Aug. 31, 2018.

Strickland, labeled a fugitive by the Michigan State Police on Wednesday, Sept. 2, turned himself in at the Kalamazoo County Jail Thursday morning. According to State Police Lt. Chuck Christensen, Strickland had failed to turn himself in on three different occasions that had been arranged by police and the pastor’s attorney, dating back to last Friday.

Despite the issues involving Strickland turning himself in, Santoni said he did not believe the former pastor was a flight risk.

“I have an individual who’s been aware of these charges for two years. He returned to Michigan voluntarily to turn himself in. I can’t ask for much more, so I’m not seeing any flight risk,” Santoni said, while setting the former pastor’s bond.

Santoni said that the potential guilt or innocence of an individual is not taken into consideration when setting a bond, only two factors — flight risk and whether the defendant poses an immediate danger to the community.

“The fact that the parties are completely separated by hundreds of miles, and there hasn’t been any contact in the last two years, I am not here to punish Mr. Strickland. I am here to deal with the issue of flight risk and the immediacy of public safety and I believe this bond does that.”

As a condition of the bond, Strickland is not allowed to have any contact with the four individuals who accused the pastor of the alleged sex crimes, Santoni stipulated.

He will be allowed to return to Mississippi, the judge said. According to Strickland’s attorney Michael Hills, the former pastor is working on a rural horse farm there, buying, selling and transporting horses.https://69e98ed324d5bda0dd73f8ff1c8451dd.safeframe.googlesyndication.com/safeframe/1-0-37/html/container.html

“Mr. Strickland, if you do not come to court, you will be arrested, very quickly, in Mississippi and you will be extradited to the state of Michigan,” Santoni cautioned. “Having seen the results of individuals being extradited from state to state, it is not a pleasant process and it is not something you want to experience.”

A request by Kalamazoo County Assistant Prosecutor Christin J. Mehrtens-Carlin that Strickland not be allowed to see his wife, Jazmonique Strickland, was denied by the judge.

“As the bond recommendation indicates, she was directly involved in many of these incidents and is under investigation as well,” Mehrtens-Carlin argued. “Obviously, the people would not like them to have this time to discuss this case and there’s no way to monitor that if they are in Mississippi.”

Strickland and his wife have five children together and Jazmonique Strickland has been in and out of the hospital while in the midst of a complicated pregnancy, Hills said, in defense of his client.

Strickland has three other children who live in the South — two in Alabama and one in Mississippi, Hills said. All of his children have spoken willingly to investigators, Hills told the judge.

Strickland, who has referred to the charges as “absolutely preposterous,” has spent 15 years as a pastor, the first seven split between two churches in Mississippi. From 2012, up until recently, he served as pastor at Second Baptist Church in Kalamazoo.

He also previously served as the NAACP Kalamazoo Chapter president from 2016-18. According to Hills, he no longer has any affiliation with the organization.

In addition to the criminal sexual conduct charges, the former pastor also faces an assault charge stemming from an incident with a former church deacon that occurred at the Second Baptist Church in December 2019. That case is scheduled for trial Sept. 30 in Kalamazoo County District Court.

Strickland is due back in court in the criminal sex case on Sept. 24 for a probable cause conference before Kalamazoo County District Judge Tiffany Ankley.

There are no charges pending against Jazmonique Strickland at this time, but that investigation is ongoing, Mehrtens-Carlin said.