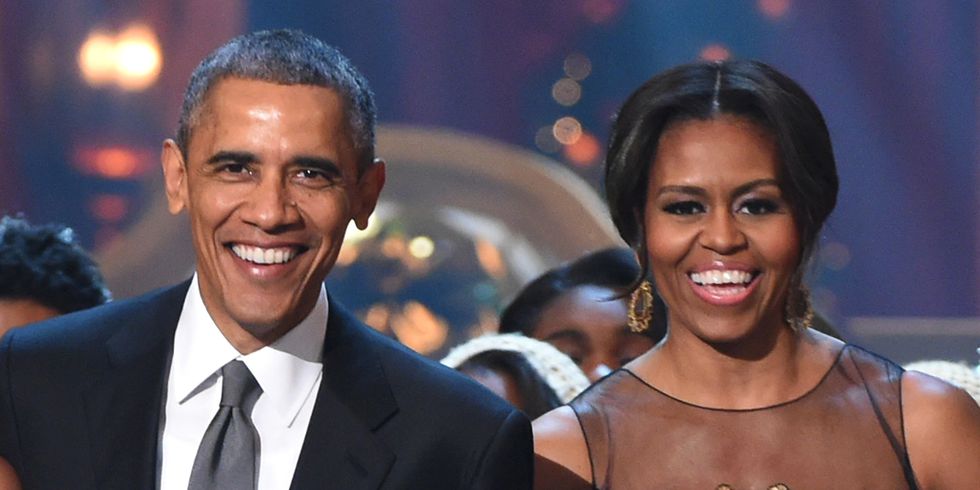 Michelle Obama Holds Nothing Back In New Book Nor Interviews! George Bush Is “Sweet” But We Don’t Agree On Certain Things!

Since Michelle Obama shared a sweet public embrace with George W. Bush in 2016, the world has been intrigued by their friendship — considering their differing political identities. The former first lady opened up about...
by Raquel Jayson November 14, 2018 527 Views

Since Michelle Obama shared a sweet public embrace with George W. Bush in 2016, the world has been intrigued by their friendship — considering their differing political identities.

The former first lady opened up about her bond with the former president, 72, and their differences in opinions during an interview with his daughter, Jenna Bush Hager.

“So you know … I got a text from my dad this morning that said, ‘Send Michelle my love,’ ” Jenna, 36, said during the sit-down that will air on NBC News’ TODAY on Wednesday morning. “I was like, ‘Don’t you call her Mrs. Obama?’ He’s like, ‘No, I call her Michelle.’ “

“He said, ‘Send her my love.’ And I thought, you know, it’s so interesting how people are so interested in y’all’s friendship. I mean that hug was, like, the hug that went around the world. I do love that picture,” Jenna continued.

“Why do you think people are so hungry for that, though?” Jenna asked the Becoming author.

“Because I think the political discourse, the way it’s shown in the media, is — it’s all the nasty parts of it. You know? Because I guess we’ve become a culture where nasty sells. So people are just gonna keep feeding that,” the mother of two explained.

Obama continued, “But the truth is much more complicated and complex than that. And I’d love if we as a country could get back to the place where we didn’t demonize people who disagreed with us. Because that’s essentially the difference between Republicans and Democrats.”

“We’re all Americans. We all care about our family our kids, and we’re trying to get ahead,” she added.

Still, Obama did admit, “We have different ideas about what’s the best way to get there.”

She concluded, “It’s just a disagreement and that’s how I feel about your father. You know? He’s a beautiful, funny, kind, sweet man. And I don’t know that I agree with him on everything.”

A McDonald’s employee charged with assault after physically attacking her manager with a crispy bacon.