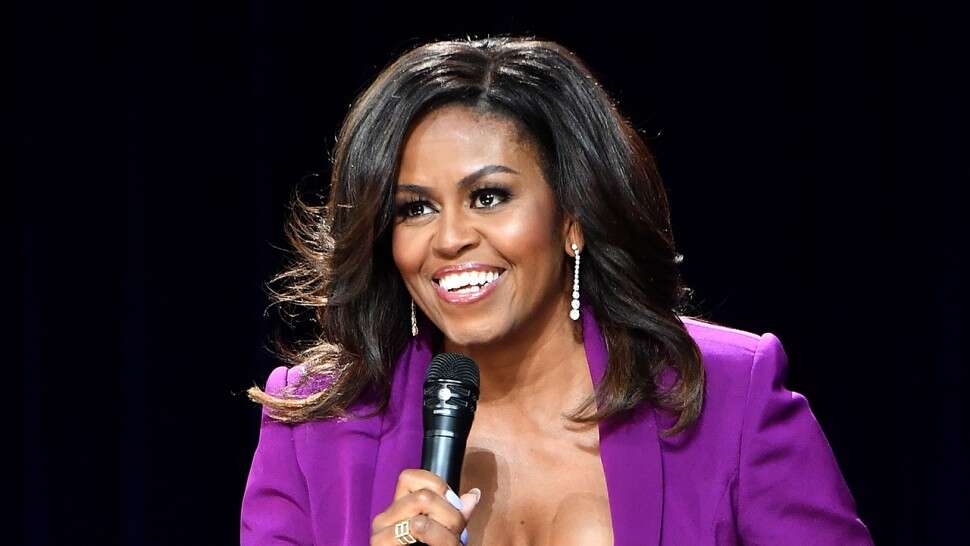 The former first lady scored her first nomination from the Recording Academy on Wednesday, earning a nod in the Best Spoken Word Album category for her Becoming audiobook — following in the footsteps of her husband, former president Barack Obama, who has twice won the award in that same category, for Dreams from My Father in 2006 and The Audacity of Hope in 2008. Becoming is a memoir that chronicles Obama’s upbringing on the South Side of Chicago, as well as her law career and time spent in the White House.

“I can’t believe it’s already been a year since I published my memoir,” Obama told fans in a social media video this week. “And I hope you know how meaningful it’s been for me to connect with all of you — the little girls who hug me in line at a bookstore, the teenagers who opened up their hearts to me. I’ve noticed that so many of us face a common challenge: that too often we think our stories don’t matter.”

“I’ve learned a different truth,” she shared. “The most quiet, mundane moments lay bare the most powerful truths in our lives. So as we head into this next year, I want to encourage you all to embrace those tiny moments, and write them down. And maybe, if you want, share them with your friends. That’s how we can keep becoming.”

The Becoming Journal is here! The pages of the journal are meant to be an invitation, a place where you can come to meet yourself on your own terms.

Obama made a surprise appearance at the 2019 GRAMMYs in February, joining host Alicia Keys on stage along with Lady Gaga, Jada Pinkett Smith and Jennifer Lopez.

All four women explained the impact of music on their lives, with Obama speaking last. As she shared her first words, the audience erupted into wild cheering that lasted so long, Obama herself had to try to calm the crowd.

“From the Motown records I wore out on the South Side to the ‘who run the world’ songs that fueled me through this last decade, music has always helped me tell my story,” Obama shared, smiling. “Music helps us share ourselves. Our dignity and sorrows, our hopes and joys. It allows us to hear each other and to invite each other in. Music shows us that all of it matters.”

See more on the empowering moment in the video below. The 62nd Annual GRAMMY Awards will take place in Los Angeles on Sunday, Jan. 26, 2020, and broadcast live on CBS at 8 p.m. ET/5 p.m. PT.