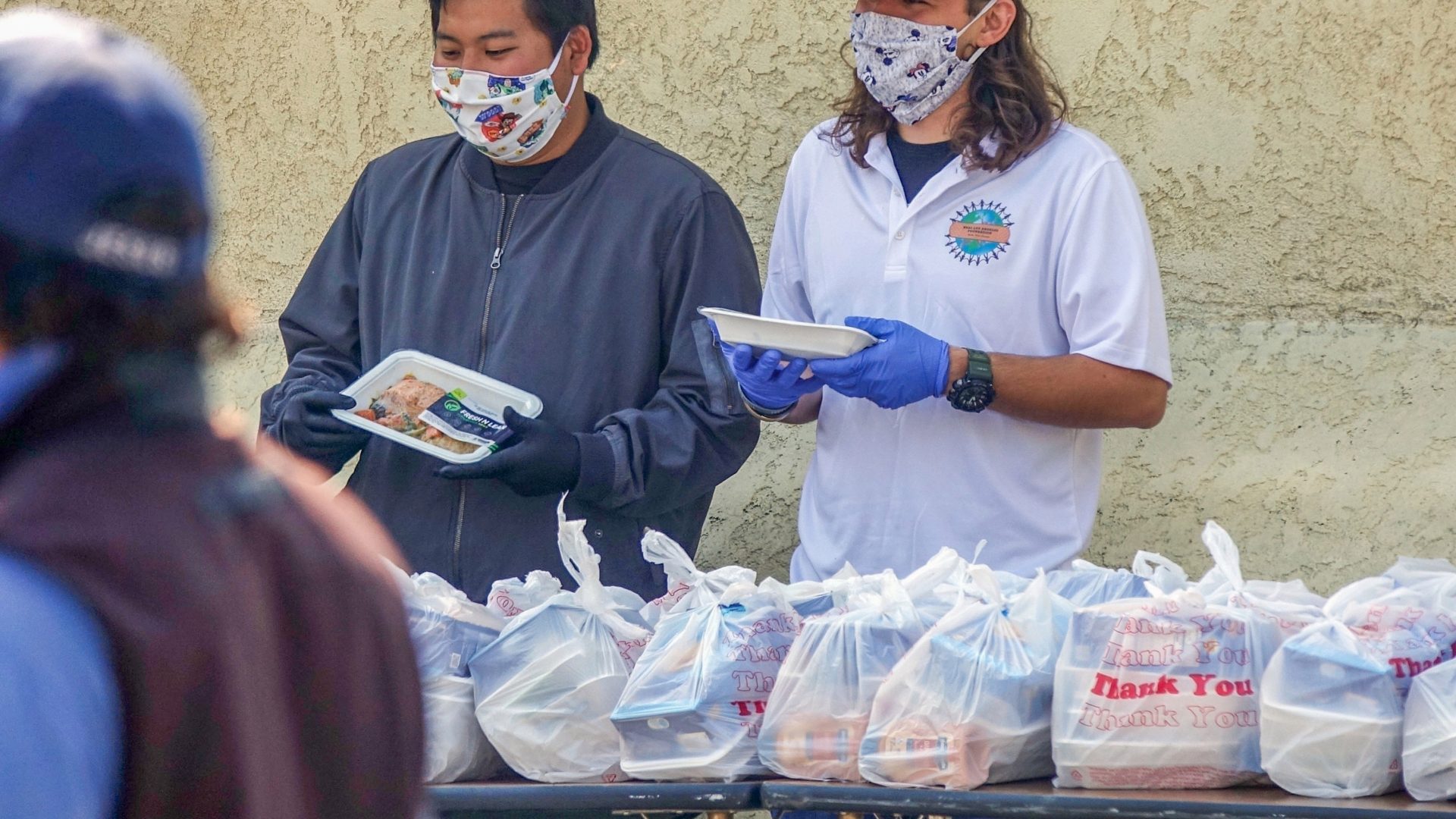 MICHAEL Jackson’s son Prince showed his charitable side yesterday when he was pictured handing out food to the homeless during the coronavirus pandemic. The 23-year-old was seen wearing a...
by Zach Freeman April 2, 2020 202 Views

MICHAEL Jackson’s son Prince showed his charitable side yesterday when he was pictured handing out food to the homeless during the coronavirus pandemic.

The 23-year-old was seen wearing a Minnie Mouse-print face mask and blue latex gloves as he handed out specially-prepared meals for nearly two hours at the Gospel Mission Baptist Church in Los Angeles.

Prince sported a collared white T-shirt for the charitable outing, which he teamed with a pair of loose-fitting jeans.

The eldest child of the late singer continued his low-key look as he sported a grey baseball cap over his shoulder-length hair.

In amidst of giving back to the community, he also happily posed for selfies with members of the food charity, pulling down his mark for the snaps.

Prince’s face mask-wearing appearance is reminiscent of his musician father, who was known for wearing surgical masks in public.

The late singer would often be photographed wearing the medical garment, albeit with a few differences in the fabric, such as silk.

Michael, who passed away in 2009, had three children, Paris, Prince and Blanket, although they were all given longer names at birth.

Finally he had Prince Michael Jackson II, who went by the nickname Blanket.

Last year, Prince graduated college with a business degree while Paris works as a model, actress and activist.

TAMPA MEGACHURCH PASTOR I’M CLOSING DOWN MY CHURCH … But Not Because Of Virus!!!