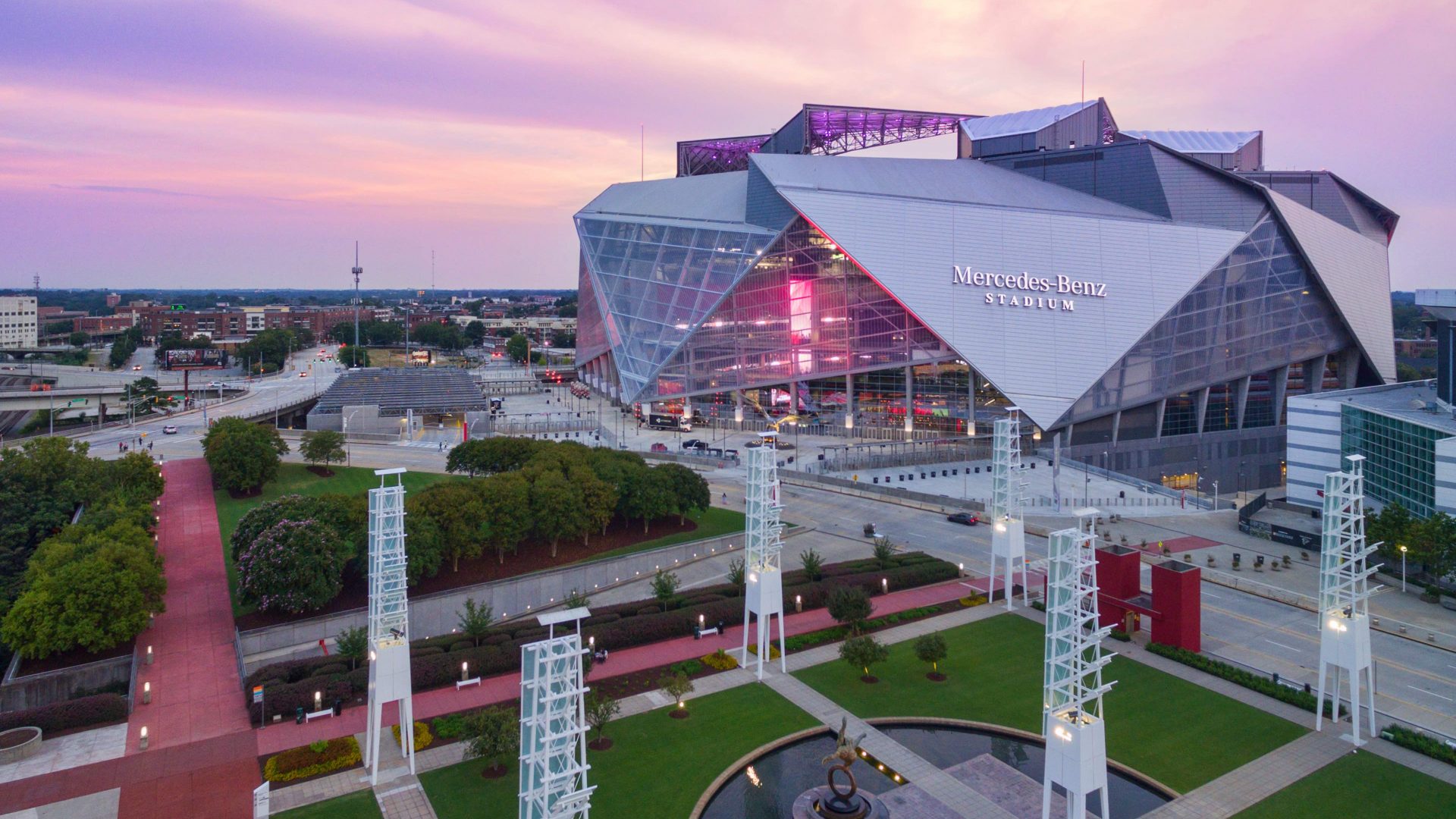 The roof is officially open. Mercedes Benz Stadium, the $1.5 billion structure that debuted last year and the home of both the Atlanta Falcons and Atlanta United, opened its...
by Shavonne Harold July 29, 2018 878 Views

The roof is officially open.

Mercedes Benz Stadium, the $1.5 billion structure that debuted last year and the home of both the Atlanta Falcons and Atlanta United, opened its retractable roof panels fully on Wednesday, a process that took just over eight minutes and comes after having to remain closed for all but two events last season in the stadium’s first nine months of operation.

The roof’s eight panels were designed to resemble a falcon’s wing and move in clockwork precision. When closed, the exterior reveals a Mercedes Benz insignia. The roof itself measures over 14 acres.

The Falcons played their first home game of the 2017 season in defense of their NFC championship under an open roof in a victory over the Green Bay Packers in Week 2 action.

This offseason, an ESPN report revealed that the National Football League wants the roof to be fully open by the time Super Bowl LIII is played there in February of 2019.

“Certainly where we’ve been in stadia with retractable roofs, our preference is always to open the roof,” NFL senior vice president of events Peter O’Reilly said. “We did that in Arizona for Super Bowl XLIX in a model there where they typically don’t open the roof for a stadium, but we opened it for the Super Bowl.

“In our mind, [an opened roof] creates some great energy in that building. We obviously will be down for a number of Falcons games this fall. And I know the plan is for it to be open, pending weather. So, we’ll evaluate it and watch that.”

Steve Cannon, the chief executive of Atlanta Falcons and Atlanta United parent company AMB Group, said this offseason that the stadium’s retractable roof should be in working order by early this summer.

The roof, which is designed to open and close in interlocking sections, has only been open twice in the stadium’s brief history, and has leaked on a few occasions, including during the College Football National Championship Game between the Alabama Crimson Tide and the Georgia Bulldogs in January. Cannon said the final work to be done was on installing gauges that will allow the roof to move more easily.

NFL rules mandate that roofs which teams want to be open during their games be fully open 90 minutes prior to kickoff.

The stadium will host Super Bowl LIII in February, 2019.

Despite issues with the roof, the stadium has otherwise received good reviews from fans, who ranked it No. 1 in Major League Soccer and third in the NFL’s fan experience voting, thanks in large part to the low-priced concessions. But the Benz also came under some criticism due to the retractable roof malfunctioning and leaking at times during the year.