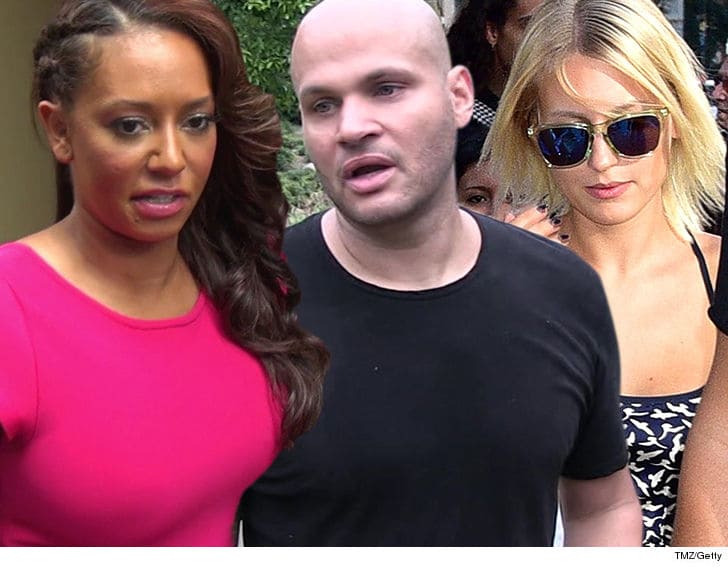 Not-so-Brutally Honest! Mel B’s former nanny is written out of her upcoming memoir – despite having been involved in her threesomes with Stephen Belafonte and her bitter divorce Mel...
by Raquel Jayson October 10, 2018 1137 Views

Not-so-Brutally Honest! Mel B’s former nanny is written out of her upcoming memoir – despite having been involved in her threesomes with Stephen Belafonte and her bitter divorce

Mel B‘s former nanny Lorraine Gilles is not mentioned in the star’s upcoming memoir called Brutally Honest – thanks to a secret settlement between the pair, DailyMailTV can reveal.

Gilles was heavily featured in Mel’s bitter divorce from husband Stephen Belafonte, after having lived with them for seven years, had a seven-year intimate relationship with Mel, engaged in three-way sex with the couple, and cared for their children, according to the suit.

However, the 27-year-old German-born au pair will not be mentioned in the book once.

The former Spice Girl had accused the blonde in court documents of a litany of wrongs.

While admitting a lesbian affair with Gilles, America’s Got Talent judge Mel also accused the nanny of becoming pregnant by her husband before aborting the child.

Gilles later confirmed her sexual relationship with Mel and Belafonte in court papers but maintained that at no point did she ‘and Belafonte engage in any sexual acts without Brown’s knowledge or participation’ nor was she pregnant with his child.

Despite playing a significant role in Mel’s life, DailyMailTV has learned the nanny has been omitted from the book thanks to a secret non-disclosure agreement the two women signed last year.

It’s understood the agreement was struck at the 11th hour, allowing Mel to avoid an embarrassing trial in her domestic violence case against her ex.

The deal, which saw Mel dropping a restraining order against Gilles, also prevents her from ever talking about Mel in public.

Anticipated Rough Weather In Georgia Tonight Due To Hurricane Michael