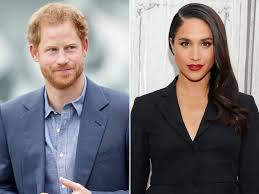 Meghan Markle wore a tuxedo-style minidress while attending a gala performance of “Hamilton” on Wednesday. The $595 dress is a design by Canadian brand Judith & Charles. The dress created...
by Kimberly Botts August 29, 2018 468 Views

Meghan Markle wore a tuxedo-style minidress while attending a gala performance of “Hamilton” on Wednesday.

The $595 dress is a design by Canadian brand Judith & Charles.

The dress created the illusion of an oversized blazer at first glance, making it a royal twist on Hollywood’s “no-pants” trend.

Meghan Markle has become known for setting some major fashion trends lately, but now it looks like she’s jumping on one of the hottest looks taking over Hollywood: the “no pants” trend.

The look basically involves wearing a top — typically a jacket or sweater — long enough to create the illusion of wearing no pants. Celebrities like Kylie Jenner and Kim Kardashian West have mastered the subtle art of the tasteful pants-less ensemble.

On Wednesday, Markle attended a charity gala performance of “Hamilton” at the Victoria Palace Theatre in London, UK, wearing a tuxedo dress that created a similar effect.

Though Markle’s $595 Judith & Charles ensemble is technically a minidress, its double-breasted button design, the neckline’s tuxedo cut, and the skirt’s subtle shape almost make it look like she’s wearing an oversized blazer and heels.

She essentially took the trendy “no pants” look and added a touch of royal elegance by achieving the silhouette with a minidress.

Reports surfaced in July that Prince Harry allegedly wants Markle to steer clear of tuxedo-style pantsuits in favor of more traditional dresses. If that is true, this appears to be a perfect compromise between Markle’s already iconic pantsuits and the designer dresses she may be expected to wear.

A BillBoard Has Been Put Up In New Jersey And Some Folks Are Angry Because Of What It Calls Trump!