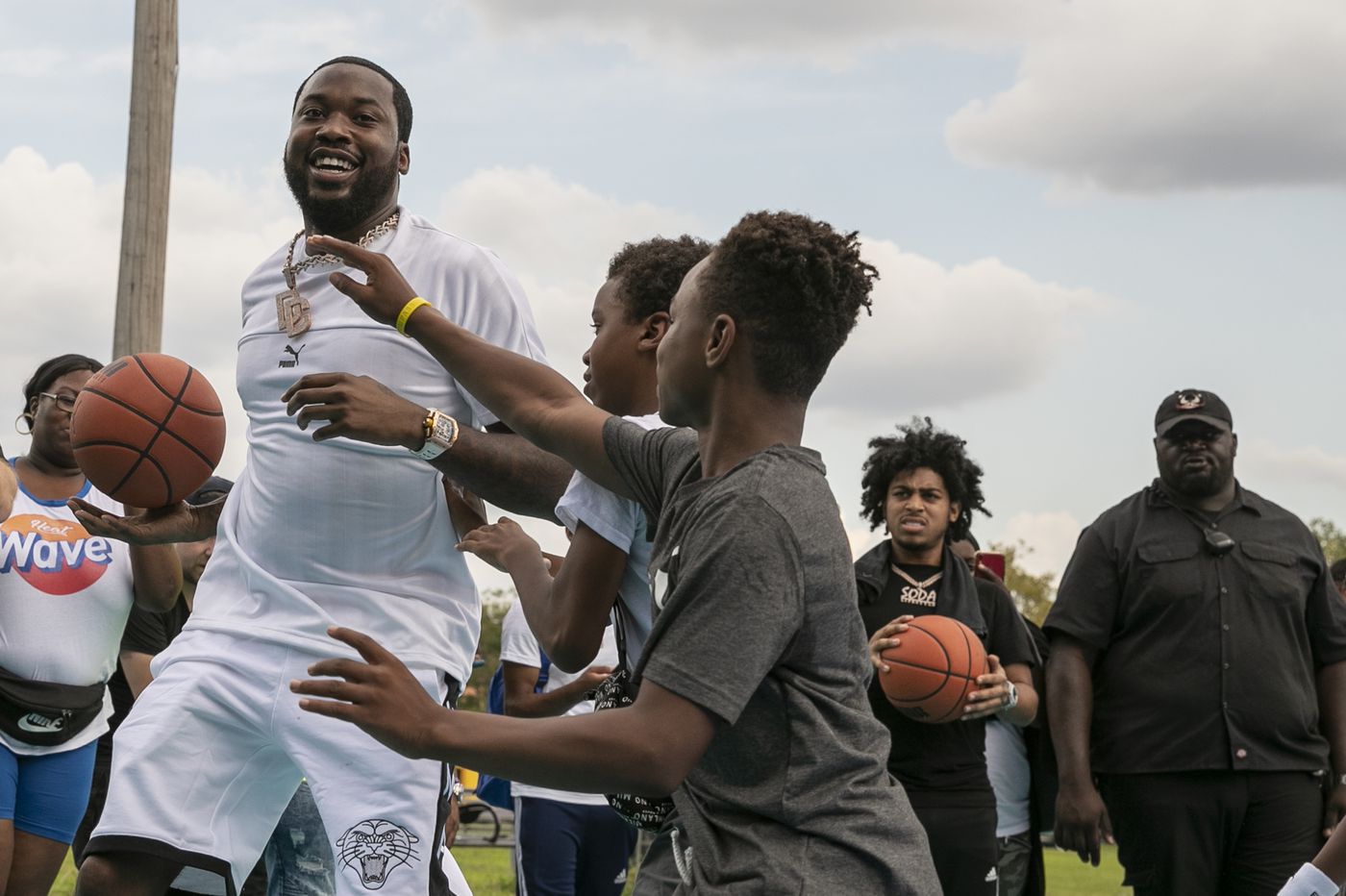 Children in the Strawberry Mansion section of Philadelphia now have a new basketball court to play on in East Fairmount Park, thanks to Meek Mill, who refurbished it. It’s the...
by Joy Smith August 19, 2019 448 Views

Children in the Strawberry Mansion section of Philadelphia now have a new basketball court to play on in East Fairmount Park, thanks to Meek Mill, who refurbished it. It’s the same court the rapper played on as a youngster when he grew up in that neighborhood.

According to reports, Mill partnered with Puma to refurbish the court, as well as the Philadelphia Parks & Recreation Department and Roc Nation, which the rapper launched his DreamChasers label with last month.

The “Uptown Vibes” rapper also made a surprise appearance at the court on Saturday for the ribbon-cutting ceremony and played with some of the kids while he was there. Plus there was a block party for the local community to celebrate.

“I’d like to say thank you to Puma and Roc Nation,” said Mill in front of reporters. “Trying to upgrade the courts and doing everything we can do to contribute to the community.”

The court itself is colored blue, it has the DreamChasers logo on it, as well as some motivational quotes.

Meek posted a few photos of the finished product to Instagram on Sunday, where people thanked him for his good deed. 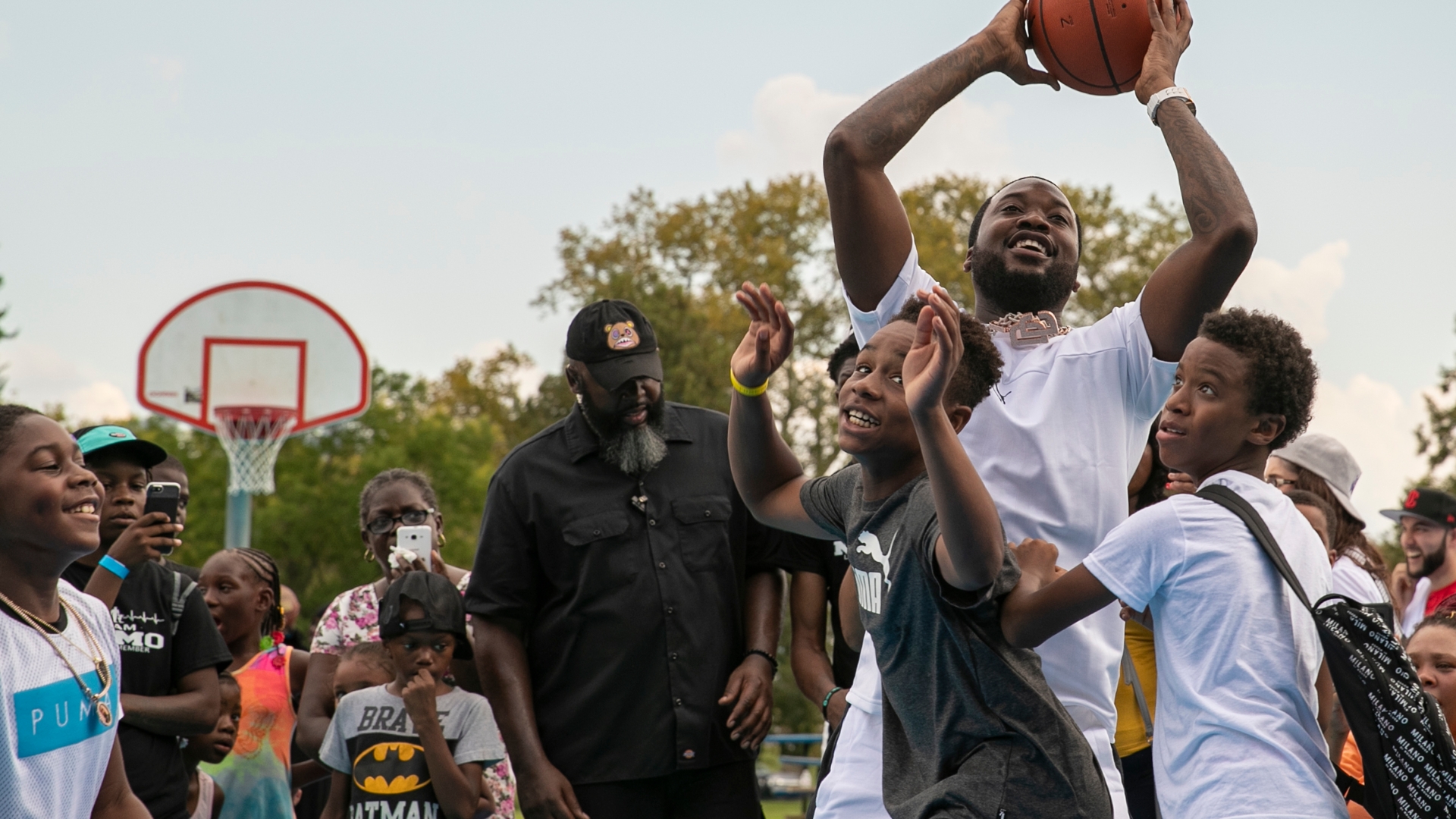 “Man I love your commitment to our city♥️” someone wrote.

“Solidifying himself as one of the greats in the booth, and outside it… #Championships in my veins all month,” wrote another person, mentioning the rapper’s latest album.

Mill’s gift comes shortly after Steph Curry did the same thing on the other side of the U.S. earlier this month in Oakland’s Concordia Park, where he refurbished a court in that community.

He did so after local musician Nimsins sent a tweet about the court being in bad shape and tagged Golden State Warrior players like Draymond Green and Jordan Bell. 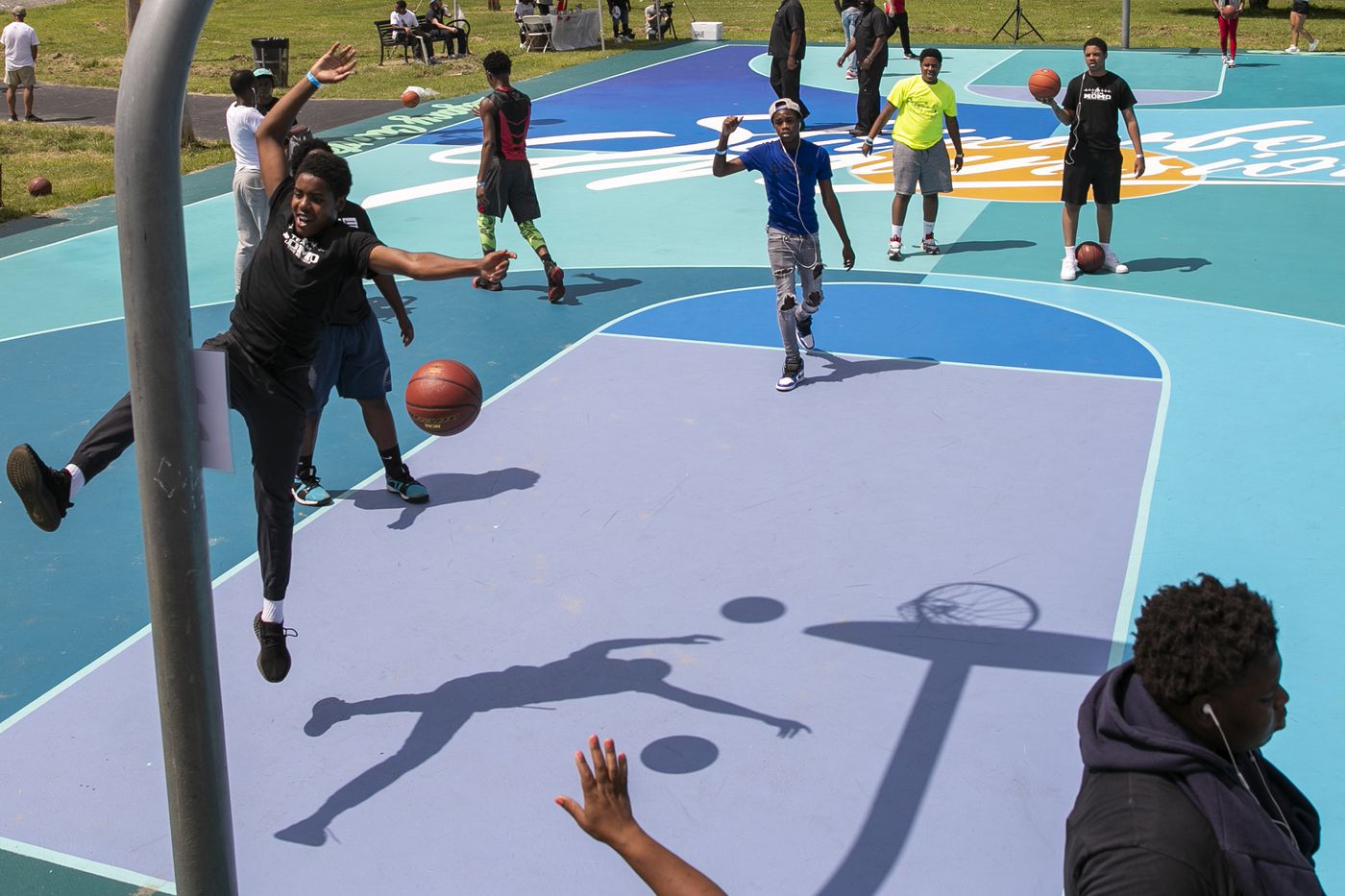 Meek fixing up the Philly court comes after he’s been fighting for criminal justice reform with his organization The Reform Alliance, which he started earlier this year with Jay-Z, Van Jones, New England Patriots owner Robert Kraft, and the co-owner of the Philadelphia 76ers Michael Rubin.

Katie Holmes and Jamie Foxx split after six years together!