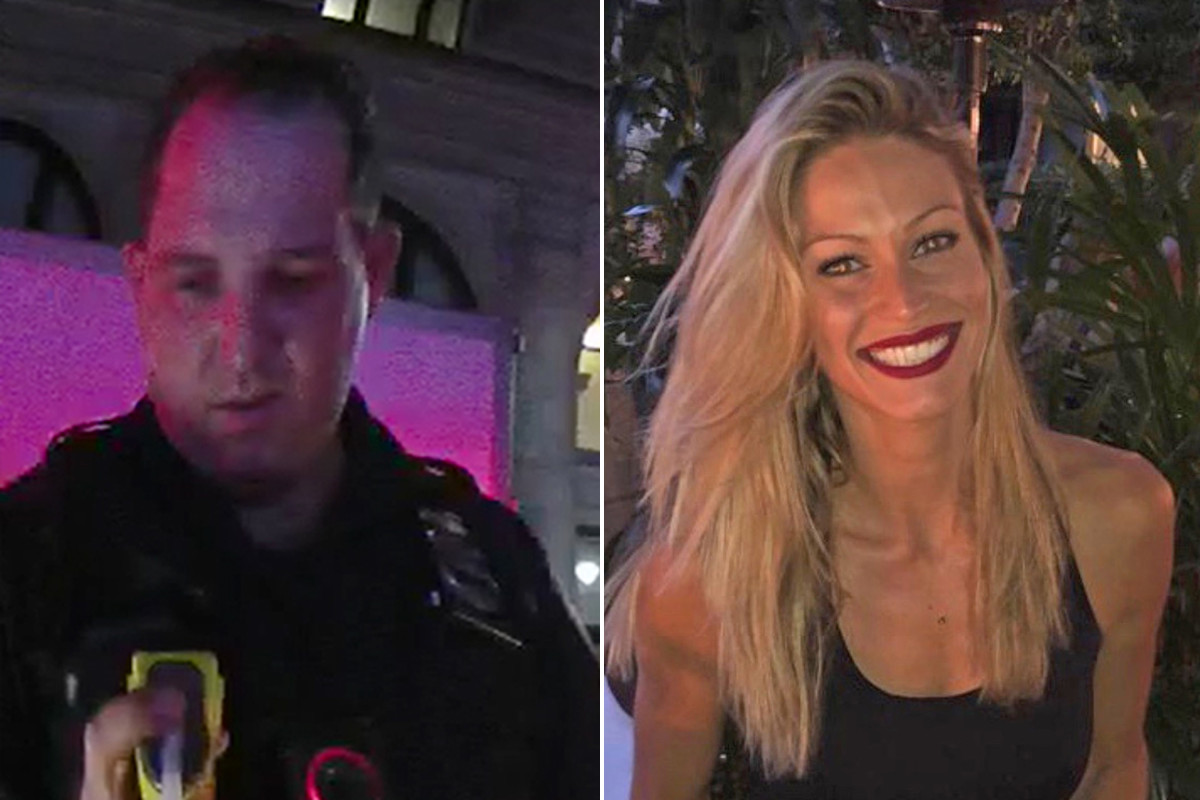 An NYPD cop was caught by his own body camera ogling a young woman he described as a “total stripper” following her drunk-driving bust — and the video also...
by Zach Freeman November 12, 2019 432 Views

An NYPD cop was caught by his own body camera ogling a young woman he described as a “total stripper” following her drunk-driving bust — and the video also shows he lied about her failing a breath test, her defense lawyer claims.

“At 33:11 of his body camera video, Mascetti makes faces and shakes his head at Ms. Glantz, who remained oblivious to his sophomoric behavior,” defense lawyer Mark Bederow wrote in one of two letters to the Manhattan District Attorney’s Office last week.

“A few seconds later (while he is at the copying machine), Mascetti appears to look at Ms. Glantz’s rear end, raise his eyebrows and laugh.”

It’s unclear how the bodycam caught those actions.

The incident began when Mascetti, a member of the NYPD’s Citywide Traffic Task Force, stopped Glantz while she was behind the wheel of a black Mercedes-Benz 350 SUV at the corner of East 34th Street and Fifth Avenue around 2:50 a.m. Aug. 8.  TOP ARTICLES1/5READ MOREWriter begs for Mets fans’ forgiveness after PeteAlonso award snub

At the scene, body camera video shows Mascetti’s “growing frustration” with Glantz as she “unsuccessfully” tried to take a breath test, according to court papers.

“After the third attempt, Mascetti warned Ms. Glantz that this was her ‘last chance’ and that if she didn’t take the test properly, he would arrest her,” Bederow wrote.

Despite that sequence of events, Mascetti falsely claimed in his paperwork that Glantz “blew a .15” to “exaggerate the state of the evidence against her,” Bederow wrote.

Right after busting Glantz, Mascetti allegedly exchanged a series of texts with another cop, identified only as “HC.”

“Apparently unaware that his partner’s body camera captured their messages, Mascetti referred to Ms. Glantz as a ‘bitch’ and claimed that she ‘jerked the machine off. I got pissed and cuffed her. I hate her,’” Bederow wrote.

Mascetti also told HC that Glantz was a “total stripper” and a “blonde Russian,” to which “HC then asked Mascetti to text him a picture of Ms. Glantz,” Bederow wrote.

“She’s a yoga instructor, she’s not a stripper and she’s not even Russian,” Bederow told The Post.

Based on HC’s request for a snapshot, Glantz fears that Mascetti, 35, took “unauthorized photos” of her in custody, according to her lawyer.

“We demand any and all copies of any such photos, documentation of where they came from and to whom they were disseminated, and proof that they have been deleted from Mascetti’s, ‘HC’s,’ or anyone else’s devices,” Bederow wrote.

In the criminal complaint filed against her, Mascetti swore that “I advised the defendant of her rights regarding the taking of a test to determine how much alcohol was in her blood and the defendant refused to take the test.”

In the second of his letters to the DA’s Office, Bederow on Friday said the situation “should result in the swift dismissal of all charges against Ms. Glantz.”

Bederow also thanked prosecutor Jinah Roe “for confirming that you have commenced an investigation into the allegations raised in my November 6 letter.”

Mascetti said, “I have no comment,” when reached by phone Monday afternoon.

The NYPD said it was aware of the allegations and investigating. The Manhattan DA’s Office did not return a request for comment.

Neighbors who live near Mascetti’s Long Island home said the 12-year NYPD veteran is a married father of four kids, a boy and three girls.

“He is a great neighbor and father, always involved with his kids and coaching. He goes to all his kids’ games,” said a man who lives across the street.

A woman who lives on the block said, “All I know is he’s a family man and I can’t find any flaw in that.”

‘I won’t be silent’: Couple speaks out after finding KKK fliers in yard