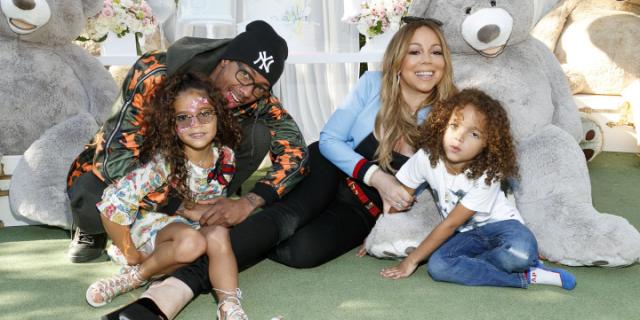 Nick Cannon recently said he would be happy to get married again to Mariah Carey, but he may not want to get his hopes up. While leaving lunch in...
by Raquel Jayson October 12, 2019 368 Views

Nick Cannon recently said he would be happy to get married again to Mariah Carey, but he may not want to get his hopes up. While leaving lunch in Beverly Hills on Friday, TMZ asked Carey for her comments on the subject, and she did not hold back.

“Remarry? This is him making this up. He’s being silly,” she said, before the cameraman asked her if she liked the liked the single life. “What is he, my last hope?”

Cannon was on T.I.’s podcast last month where he dropped the bomb, and discussed the possibility of marriage in his future.

“Honestly, I said I would probably never get married again because I’m still working on myself and trying to become a better man. That’s what I said,” he said. “But if I had to, I already know what that’s like; I would go back home first before I had to do it again.”

He later cleared up the remark during an appearance on Ellen.

“You know Mariah, she’s fine and happy,” he said. “We have an amazing co-parenting relationship [and] our kids are so happy. It’s calm waters — let’s just keep it that way. Keep it calm.”

Carey recently addressed to rumors that she was a star on The Masked Singer, which is hosted by Cannon, and gave the perfect Mariah Carey response.