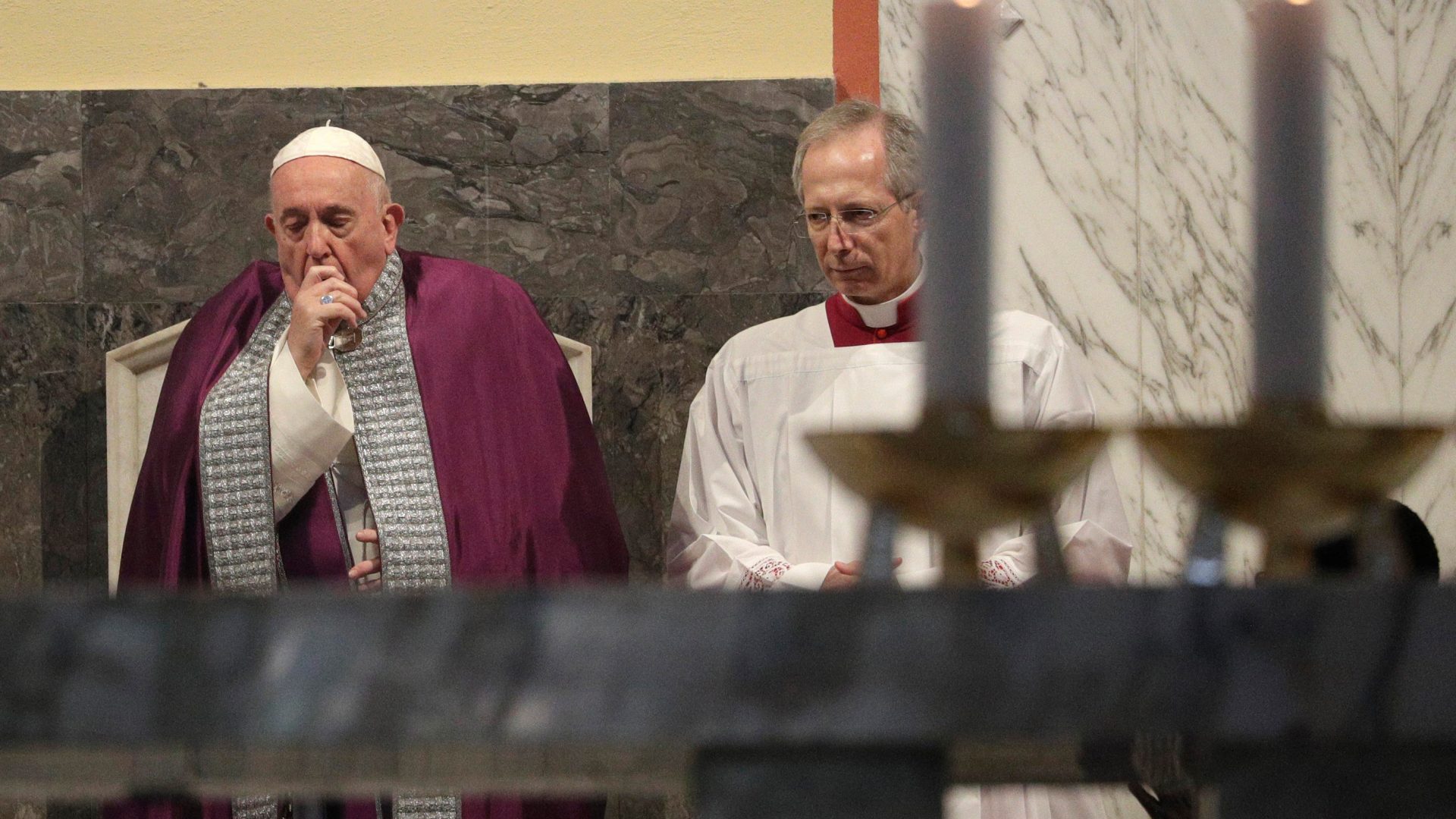 POPE Francis cancelled a church service today after he was struck down with illness. The 83-year-year-old pontiff was not well enough to attend the mass, although there is no...
by Zach Freeman February 27, 2020 309 Views

POPE Francis cancelled a church service today after he was struck down with illness.

The 83-year-year-old pontiff was not well enough to attend the mass, although there is no suggestion at this stage he has coronavirus as the outbreak in Italy topped 500 cases.

The Pope covered his mouth as he coughed

He was due to worship today with clergy at St John Lateran basilica on the other side of Rome, but stayed in the Santa Marta guesthouse where he lives in the Vatican.

Spokesman Matteo Bruni said: “Because of a slight indisposition, he preferred to stay inside Santa Marta.

“All other commitments will go ahead.”

It is not clear what his symptoms were, but he was seen blowing his nose and coughing during an Ash Wednesday service in St Peter’s yesterday.

Earlier yesterday – the first day of Lent – Francis appeared in good spirits as he greeted a large crowd at a general audience in St Peter’s Square.

Many of the faithful wore face masks, but others did not as they embraced the Holy Father.

Francis stopped to shake hands with worshippers in the front row and kissed a child during his popemobile spin through the square.

He also greeted visiting bishops, but they appeared to refrain from kissing his ring or embracing him as they normally would.

It comes as Italy is reeling from a coronavirus outbreak, the worst outside Asia.

The death toll from rose to 14 today with 528 cases – including a singer at the famous La Scala opera house.

Rome has had three known patients, all of them since recovered.

Germany’s health minister warned of the “beginning of an epidemic” as cases there soared to 27 and the virus spread to every continent except Antarctica.

Some Ash Wednesday services were cancelled yesterday across northern Italy, the centre of the outbreak in Europe.

But he lost part of one lung after suffering TB as a young man in Buenos Aires, and suffers from sciatica, which makes walking difficult.

Wow! Fight Breaks Out At A Funeral Held At St. Mary’s Church