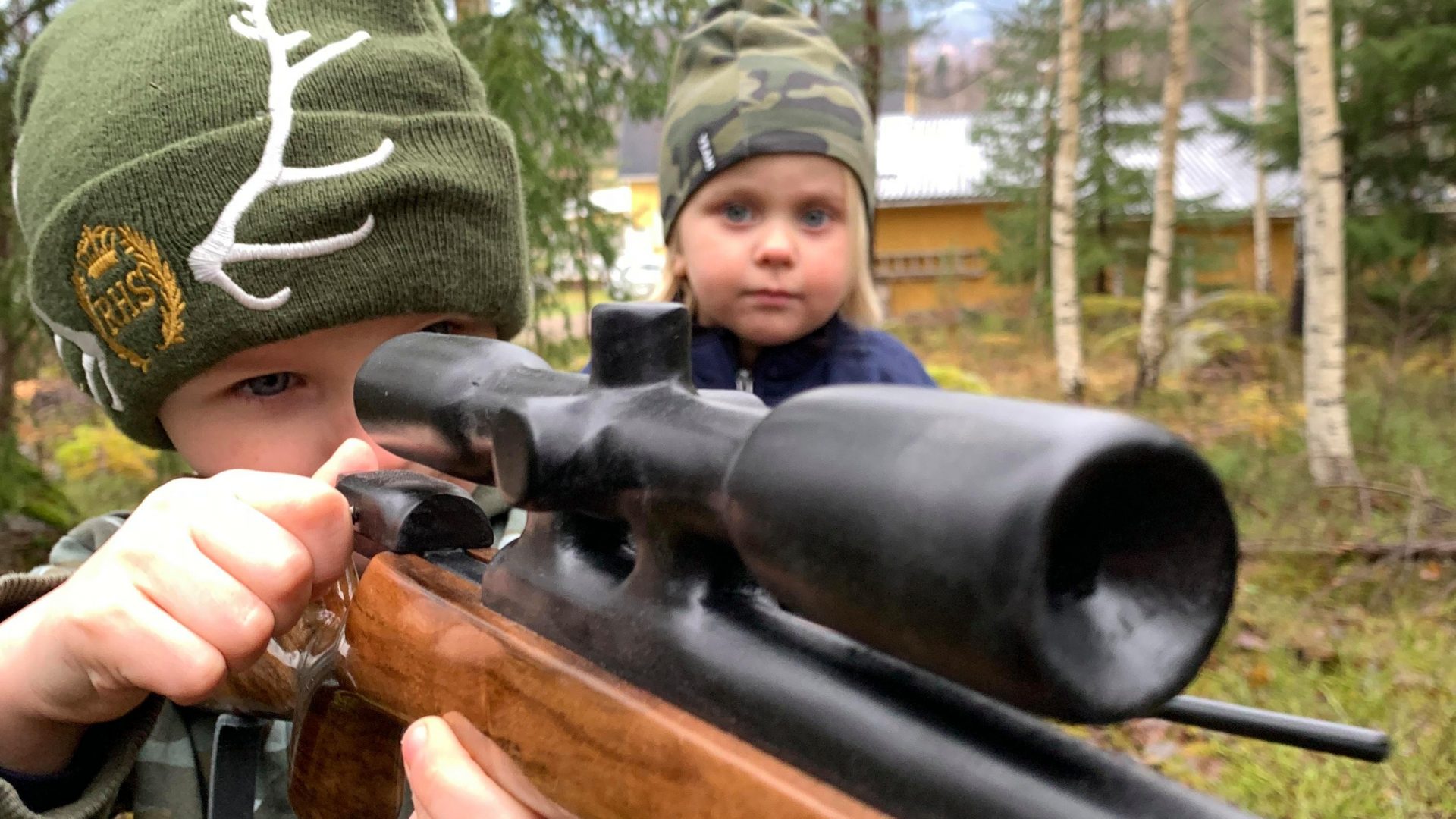 Many Angry At This Dad For teaching His Four Young Kids – All Aged Under Seven – How To Kill: Hunting

A DAD who teaches his four kids under seven-years-old to hunt with rifles insists it helps them to “respect nature”. Photographer, entrepreneur and business owner Niklas Lundqvist – from...
by Raquel Jayson January 13, 2020 357 Views

A DAD who teaches his four kids under seven-years-old to hunt with rifles insists it helps them to “respect nature”.

Photographer, entrepreneur and business owner Niklas Lundqvist – from Soderhamn, Sweden – was first introduced to the world of hunting in 2013 by his wife’s father.

With a young daughter at the time – 7-year-old Signe – he was inspired to bring her up to appreciate the outdoors and what nature has to offer.

Niklas, 39, now has three more children – Herman, 5,  Elsie, 3, and one-year-old Nils-Elmer – who accompany him on day trips to the woods.
While there, he teaches them to hunt with toy rifles, hoping that in the future they will follow in his footsteps.

He has since set up a business creating handmade toy rifles for children, in order to encourage kids to embrace the outdoors and nature.

A typical hunting day consists of taking his kids out to play in the woods, making a fire, hiking to seek out wildlife animals or any fresh tracks on the ground and teachging the kids to move quietly.

Niklas and his family eat all the animals they hunt, and his children help him cook the meat.

The hunter said: “I got an offer from my wife’s father to join the local hunting team back in 2013, I was curious what hunting had to offer so I gave it a try.

“What I like about the actual hunting part is the combination of one hundred per cent focus, the stillness and relaxation. You spend most of the time just staring out into nothing, but that is also really cool.

“What happens after a couple of hours is that the wildlife around you start to ignore you, or don’t see you, so you often get a real close connection to nature and start to notice on every little thing going on in your surroundings, it’s really special.”

Niklas has been overwhelmed by the positive feedback he has received from strangers on Instagram, who have praised his parenting technique and even dubbed him “father of the year”.