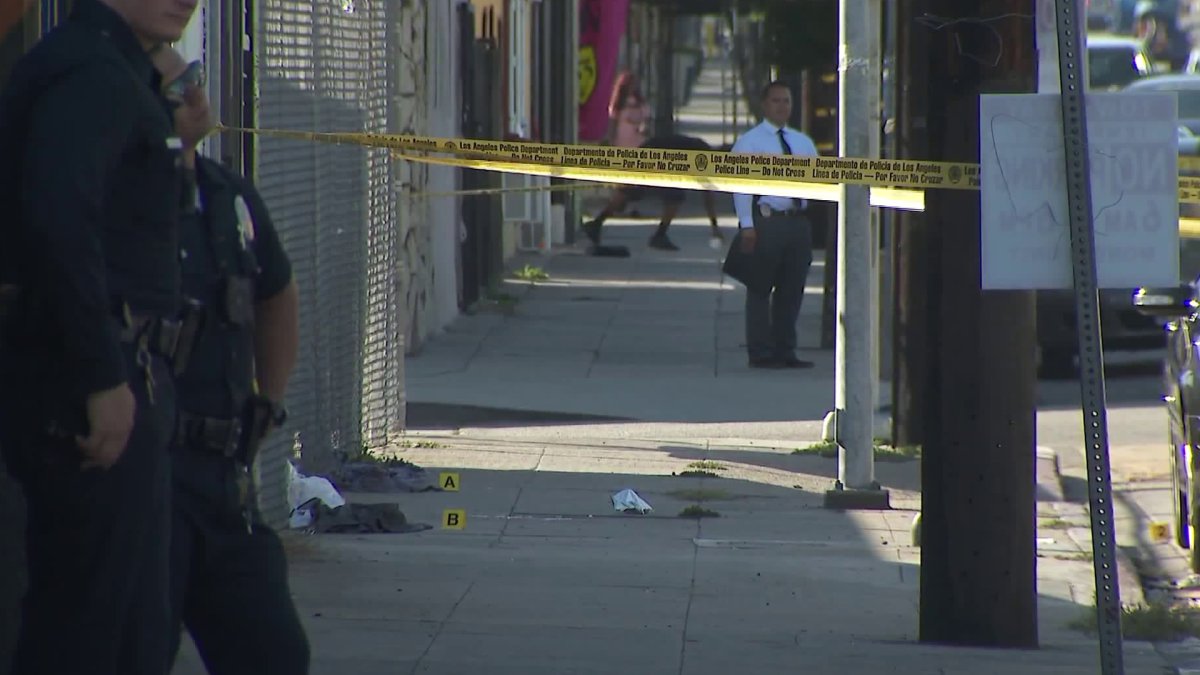 A man was fatally shot after confronting an individual who was apparently vandalizing his South Los Angeles property in broad daylight late Monday morning, police said.

Officers responded to a report of a shooting on Slauson Avenue between Fifth and Sixth avenues around 10:50 a.m., according to the Los Angeles Police Department. The location is in the Hyde Park neighborhood of South L.A.

When they arrived, officers found a man down on the south sidewalk with gunshot wounds, LAPD Lt. Byron Roberts said.

The man was transported to a local hospital where he was pronounced dead, according to the lieutenant.

He did not identify the victim.

The “senseless shooting” apparently occurred during a confrontation while the victim’s property was being vandalized, according to Roberts.

“The property owner confronted someone who was vandalizing their property, and as a result of it, the individual then shot the innocent citizen,” he said.

Video from the scene showed a business called Three Brother’s Towing cordoned off with crime scene tape, although it was unclear whether that was the property the lieutenant was referencing.

Roberts did not have a detailed description of the shooter, telling KTLA that investigators were still looking through surveillance video.

The incident is believed to be gang related, the lieutenant added.