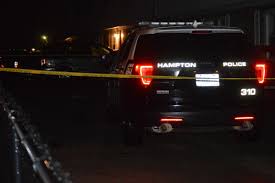 LOWELL, MASS. (WHDH) – A 38-year-old man is facing kidnapping, assault, and rape charges in connection with a suspicious death investigation in Lowell on Monday, officials said.

Troopers responding to a reported suspicious death on Queen Street about 3 p.m. determined that a man who is known to the woman who lives at the address broke into her house and attacked the first-floor tenant, identified as a man in his 50s, according to Marian T. Ryan and Lowell Police Superintendent Kelly Richardson.

When the woman returned home, she said she found the first-floor tenant dead before being held against her will by Hoeup Honn, 38, and managing to escape when he fell asleep.

Honn is expected to be arraigned Tuesday in Lowell District Court on charges of kidnapping, aggravated rape, and assault and battery causing serious bodily injury.

The man’s body has been turned over the Office of the Chief Medical Examiner.

Is Pastor Benny Hinn Public Apology Interfering With The Bag Of The Prosperity Gospel?