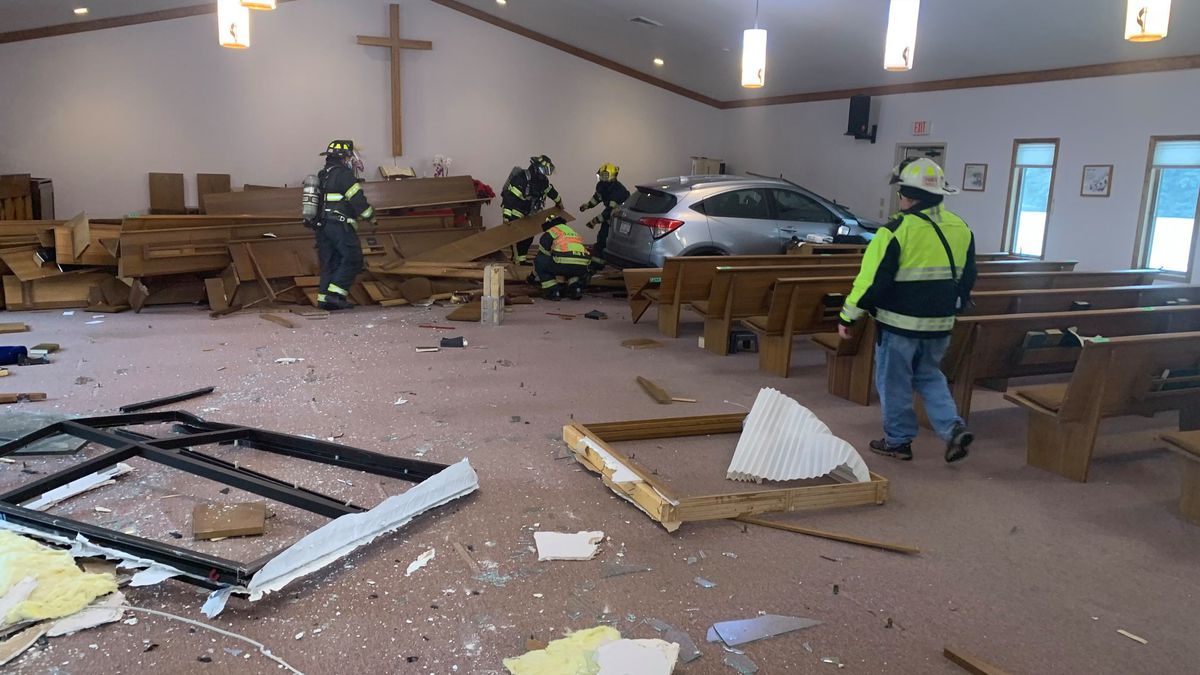 Police say no one was injured after a vehicle drove into the building Sunday.

According to the Fox Valley Metro Police Department, officials were called to the 1700 block of Progrant Road in the Village of Little Chute for a report of a vehicle versus a building accident on Sunday.

Earlier today, officers from the Fox Valley Metro Police Department along with the Little Chute Fire Department were…

Officials say although the church was occupied at the time of the crash, no one was injured. Pictures identify the church as the United Methodist Zion Church.

In addition, police say the driver of the vehicle was shaken up, but wasn’t injured.

Members of the Little Chute Fire Department also responded to the scene.