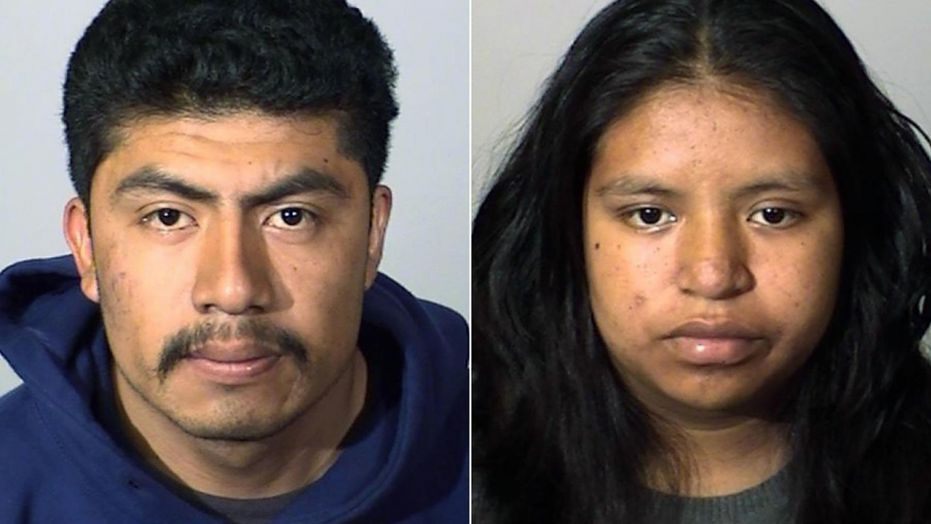 Man accused of strangling his day-old baby in hospital with the mother!

A young mother has been accused of giving birth to a healthy baby boy in a Californiahospital and then strangling him a day later in the maternity ward with her boyfriend....
by Joy Smith July 22, 2019 199 Views

A young mother has been accused of giving birth to a healthy baby boy in a Californiahospital and then strangling him a day later in the maternity ward with her boyfriend.

Doctors at St. John’s Medical Center in Oxnard made every effort to revive Baby Diego on Friday over a 10-hour period before declaring him dead, The Los Angeles Times reported.

Sgt. Brandon Ordelheide said the mother, Andrea Torralba, 20, and her boyfriend, David Villa, 21, told investigators Friday morning they had suffocated Baby Diego until he was unconscious, the paper reported.

Records showed both Torralba and Villa were born in Mexico; their citizenship status was unclear.

Mugshots for David Villa, 21, left, and Andrea Torralba, 20, accused in the death by strangulation of her newborn baby boy at a Southern California hospital Friday.  (Oxnard Police Department via AP)

“By the looks of the nurses, they did everything they could to try and revive that kid,” Ordelheide told the paper. “I can tell you this is probably one of the worst things these detectives can go through, is something like this, but we’re still trying to figure out what happened.”

The sergeant said Torralba told investigators she didn’t want the baby and Villa was not the father, the paper reported. He and Torralba were arrested on a charge of assault on a child resulting in death. Their bail was set at $5 million each.

St. John’s issued a statement, according to KCBS-TV, which read: “While we deal with tragedies every day, the staff at St. John’s Regional Medical Center are devastated by the alleged incident. In the midst of this investigation, it is timely to remind our community of California’s Safe Surrender Law wherein: Newborn infants can be dropped off at any safe surrender site such as hospitals, fire stations and police stations, within 72 hours of birth, with no questions asked.”

Deputy Diagnosed With Stage 4 Cancer And His Wife Currently In Cancer Remission And The State Told Him He Can Get $700/Month Starting In 5 Months Since He Has Only Been Given 3 Months To Live!