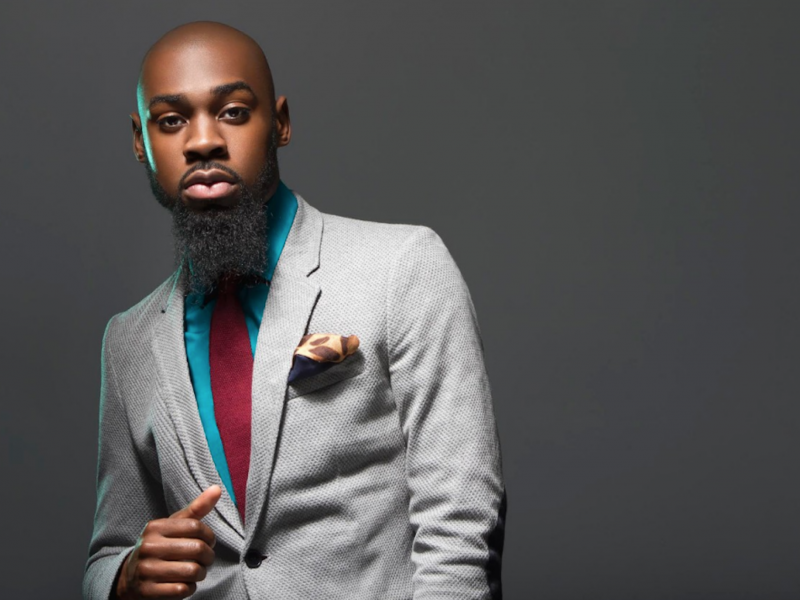 Mali Music On ‘The Transition of Mali’ and the Bond Between Gospel and R&B!

Photo credit: Bystorm Entertainment Mali Music made a name for himself with his major album release Mali Is in 2014, but the Savannah, Georgia artist has been performing since he was...
by Joy Smith June 6, 2017 1059 Views 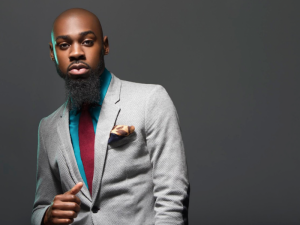 Mali Music made a name for himself with his major album release Mali Is in 2014, but the Savannah, Georgia artist has been performing since he was little boy in the church choir. But even though he’s long been known for his gospel repertoire, Mali knew how to add a little something extra that had him walking the fine line of tradition and experimentation. But now Mali Music is ready to take the next step on his musical journey into R&B with his new body of work, The Transition of Mali, which releases on June 2 via ByStorm Entertainment/RCA Records.

Mali gives us the smooth feel-good music that we love about him but also brings a few collaborators to the table including Jazmine Sullivan on “Loved By You” and Jhene Aiko on “Contradiction.”

“She responded to how I formatted the first verse,” Mali told The Boombox. “And I think she was interested in portraying the heart and the mindset of that other. That other perspective from the person across the table, the person I could never write. So it was a brilliant idea by Kirk Lightburn and that ear, and Jhene really brought it. She delivered it, and it was new.”

We had the chance to speak with Mali about his approach to gospel and R&B, the new album and how he creates positive music that’s inspiring without coming across as corny.

Why did you decide go into more of the R&B and soul for The Transition of Mali?

A lot of the songs that I made on this album were kind of pieced together during the three year gap between Mali Is… and now. So there were all these highs and lows. But we had the good problem as the label of having too many great songs. So we were trying to find the story in all these songs. So the label would like a song, and I would say, “I don’t identify with that anymore,” just like as an artist. Then they’d be like, “You have to identify with this. This song goes.” I think the thing that made [all the songs] connect and flow like a storybook. We were thinking of the Contradiction of Mail with the song, “Contradiction.” But I feel The Transition of Mali was the truest word. “Evolution” would have been one, but there’s The Evolution of Robin Thicke. And it’s just a go-to word. So “transition” and being observant was consistent in all the parts of my life. It’s like a thing you don’t even want.

You know that feeling when you graduate the fifth grade, and now you gotta go to middle school? You feel like you’ve got to start over. It’s that type of transition. Mali Is.. and even from The 2econd Coming, I had transition to Mali Is.. and then to The Transition of Mali. I feel like it’s the transition from the expectation to what it actually is.

You have this way of blending sounds that when I listen to your previous work, I forgot they’re gospel records.

I wanted to always make good music, even from the beginning. But I learned how powerful the gospel community was, or not so much the gospel community, but the church. And I think it was protection like parents protecting their kids. “I’m not going to let you hurt my baby,” but sometimes you grow into a point when those nicks define you and make you stronger. So I had to say, “Hey it’s OK guys. I’m going to walk this path.”

And not just because you have a way of bringing them together, but why do you think gospel and R&B do go together so well?

Blues is the truth of what’s happening. That’s a style of music that people just zone out to. You add rhythm to that, and you can kind of dance to it. But it still [has] strong topics. Gospel is the quickest evolving genre of all of them. This is going from “Amazing Grace,” “What a Friend We Have in Jesus;” then we have the “Oh Happy Day” with the Andraé Crouchs, and it moves to Kirk Franklin and God’s Property. And so gospel music, it just takes leaps. Now we have Lecrae, Andy Mineo. We have Mali Music. You know what I’m saying?

But the thing about it is, I didn’t want to get locked into a specific genre because I knew I didn’t live enough of my life. So I couldn’t tell all of my stories. I dropped the 2econd Coming when I was 16. I was in Savannah, Georgia. So all I was doing was going to church and going to school. All I knew was to do right, obey the rules and The Ten Commandments. So I couldn’t sing about everything and get the support of my mom and my dad and my church. I was playing at the church, and I was doing what I had to do and what was true to my heart so I could get the support as well as let them know, “Hey, I could do something bigger than what you guys may think.” And I grew from a step there and a step there, and the parade continues.

The song that really stuck out to me, and it makes that it’s the lead single is “Gonna Be Alright.” It’s a song that could really resonate with people. How did that song come about?

Well, I recorded that song in New York with Salaam Remi, and he’s amazing. He just has all these crazy and cool ways about attacking the track. So I was coming to the session with him, expecting to hear the sounds and go, “Oh, I want to pick this track and this sound.” But he didn’t want to do it that way. He was interested in what I had to bring. He didn’t want me to be influenced by this or that. He just wanted it to come out. And I didn’t know how to do it. And I’m creative and an artist, but he made it in a new way.

So I had to learn something that day. So I started playing the keys, and the lyrics started coming into the flow. Once we got to “It’s gonna be alright,” I knew I wanted to stack that part. But I recorded that song three years ago. So I had no idea it was going to happen the way it was. We finished the album, and “Gonna Be Alright” wasn’t in there. Kirk Lightburn, A&R for Bystorm [Entertainment] and this project, was like, “Mali, ‘Gonna Be Alright’ is a hit man.” So I look at all these songs, and I look at his laptop and click the Mali tab and see that I have 74 options for an album. And he’s like “Man, if we go through all of them, they’re all jams.” So how do we take 12 songs from 30? And just the sonics [Starts singing the melody.] was amazing. Once the beat dropped and the content came, I guess the years had to go by for me to appreciate the song. So now I feel like it’s right on time. It’s not in the future anymore, and we can hear it and digest it for what it is.

Music has been people’s go-to and a safe space for people. But with what happened in Manchester and at other shows, it seems that “safe space” is gone. What would you say to people so they can still have faith in music?

Well, I’m grateful that I put those topics in my song [and] in my music, and the biggest part is to lead by example. One of the things that is big now is outspoken people where you don’t know what they’re doing. The new thing is the powerful opinion, but that doesn’t actual do. So leading by example, making sure that I’m able to touch and support everybody who understands art, supports my cause and wants to make positive music as well; and also working diligently to find a cool format where everybody can go to release positive music.

We all know what happened in the industry. Money got involved. When social media got into everything, labels and leaders saw artists can contact 6 million people in a moment. And I felt like it became more about the opportunity instead of the opportunity of the song. At the same time, all of our legends were dying. It started to trickle down from the kings. There’s a lyric in my song, “You Should Sit Down for This.” It’s “Father, I see the light is on / The Grim Reaper is a sleeper / Got his hands on all your people / It doesn’t feel right / I know something’s wrong.” So I feel it’s interesting that I say the Grim Reaper because I feel death is a catalyst for all these movements. So even in the industry, there’s these strong leaders and people who would say, “No, we stand for this cause” or “This is what our label is.” And then labels begin to buy each other or people would get fired or die. So who’s leading now? And at the end of the day, it’s all about who presses the buttons. Who says yes and who says no and why.

So that’s how we got to that point and why. And what we can do? Just work diligently. We have to intentionally support the people who’s putting out positive music because there’s going to be a lot of trash that’s going to come out that’s kind of cool and catchy. And I think that’s what will catch everybody’s $1.99 before they want to be encouraged. It’s the same reason that someone will spend their money on a shot than a Bible or a book. It takes to long to get that. “Let me just party now and deal with it later.”

Sometimes with music, people look at the positive or uplifting messages in songs come across corny. What do you do to avoid that?

Put an edge on it, and the core of it has to be consistency. It has to be consistent, genuine and has to have an edge. And when I say edge, that’s what I’ve been trying to do with positive music during my years inside of it. The things I was able to do with gospel music at that time, no one thought could be done. So I was the kid getting kicked out of churches because I had a song named “I Hate You.” And even though it was all about God, I even wanted to push the envelope on people who think they know [what] the traditional God music and positive music is about to stop and listen and wait on this generation. I feel like our creativity is increasing.

Back in the day it was like, [Singing.] “Amazing grace,” it was straight to the point. Now gospel singers are listening to Drake, to Rihanna, listening to Beyonce. They listen to Michael Jackson. They’re on YouTube. There’s musicality now. They want to sound good. And now there’s a community of them. There’s more than one avenger you can connect to. They have the same heart set. They focus on the same purpose. They serve and worship the same God, and their songs have the same effect.

The KKK wants to rally in this town !