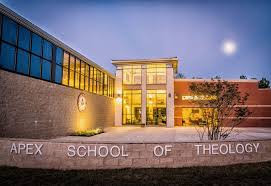 Six former administrators of the Columbus campus of Apex School of Theology are being charged in a reported scheme to defraud student load programs.

The six suspects are accused of collecting more than $12 million. The newly unseated grand jury indictment alleges administrators searched for individuals to pose as fake students and falsely apply for federal financial aid.

The students were told they would not have to do any work or take classes, but would have to split the “free money” given to them through federal aid with administrators.

“I’m really hurt behind it because I was associated with that school,” said Rev. Bernice Cofield, a former theology student at Apex’s Columbus campus.

Cofield is a pastor in Prattville, Alabama. From 2015 through fall 2019, Cofield said she studied theology at Apex School of Theology’s satellite campus in Columbus, which is now no longer operational. Cofield said she transferred from Apex to Charlotte Christian College and Theological Seminary.

“After everything is taken care of, our school, our funding, our tuition, our books and everything, the difference is more than you would really imagine as to what we received as a refund from Apex,” she said.

Cofield said she got about $1,500 more in refunds a semester at Charlotte than she did at Apex. She said she has some questions about her paperwork that was sent over to Charlotte.https://beb4b4437f805c0ddea60e9fd5681cd2.safeframe.googlesyndication.com/safeframe/1-0-37/html/container.html

“I never failed not one class at Apex. When my transcript got to Charlotte, it was altered. There were Fs and Ds on there that I know I never received when I was at Apex,” she explained.

This case is being handled on a federal level since the indictment alleges fraud with federal funds.

“Nonsubsidized and subsidized loans have to be repaid, so why would I have to pay money back that I didn’t receive,” Cofield questioned.

News Leader 9 reached out William Dillion who is the attorney for Sandra Anderson, director of Apex’s Columbus campus, and has not received a response.