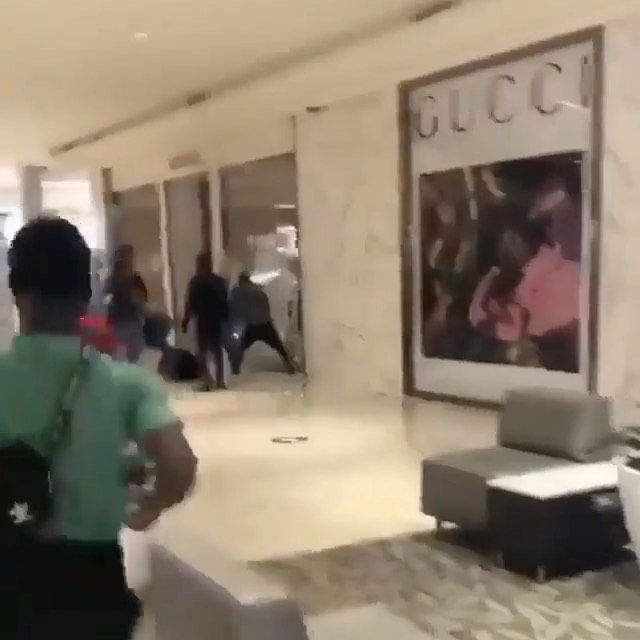 Multiple businesses around Centennial Olympic Park were vandalized and looted, including the CNN center and the College Football Hall of Fame.

In the overnight hour,  some protesters appeared to shift towards the Buckhead area.

Police started setting up at Lenox Mall after social media talk was of protesters heading that way.

Shortly after midnight, Atlanta Fire Department sent out a tweet confirming reports of looting and business fires in the Lenox area.

“Atlanta Fire has been responding to multiple vehicle fires and reports of building fires throughout downtown and now into the Buckhead area. Mutual aide has been request from neighboring jurisdictions,” wrote the Department in the tweet.

Fire at Del Frisco’s Grille across from Lenox Mall is out. Windows broken and damage to numerous fire trucks. Firefighters picking up hose to leave the scene. @Atlanta_Police and @FultonSheriff protecting firefighters. #AFRD #ATL #Atlanta. pic.twitter.com/dwXXDL3iHk

Shortly after that initial tweet, other reports came in about a fire at Del Frisco’s restaurant located in Lenox Mall.

Atlanta Fire said, “Fire units in the area but unable to get to fire due to protestors.”