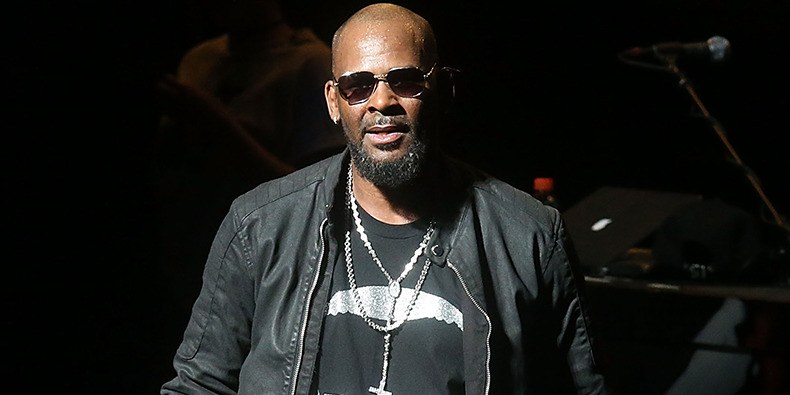 Looks Like The #timesup Has Caught Up With R. Kelly!

Women of Color of Time’s Up, a subcommittee of the Time’s Uporganization, has issued an open letter in which they condemn R. Kelly and join the #MuteRKelly campaign. The statement asks multiple companies—including RCA Records, Ticketmaster, Spotify, and Apple Music—to cut ties with the Kelly in the wake of recent allegations of physical and sexual abuse levied against him. “The scars of history make certain that we are not interested in persecuting anyone without just cause. With that said, we demand appropriate investigations and inquiries into the allegations of R. Kelly’s abuse made by women of color and their families for over two decades now,” the letter reads. Find it in full on The Root.

In July 2017, Jim DeRogatis—who, in 2002, anonymously received a video tape that allegedly showed R. Kelly having sex with an underage girl—reported accusations against Kelly that he allegedly held young women against their will in a Georgia by controlling “every aspect of their lives.” Since then, several women have come forward to detail alleged histories of sexual and physical abuse from Kelly. In addition, a BBC3 documentary alleges that Kelly groomed a minor as his sex “pet.”

Earlier this month, R. Kelly’s spokesperson, entertainment attorney, and assistant cut ties with him. Several concerts—including, most recently, a show at the University of Illinois—have been canceled.

On Sunday, April 29, R. Kelly issued a written statement to Metro.co.uk: “The women in my life are consenting adults and they with me on their free will. I am a God-fearing man, a son, a brother, and most importantly a father. The media has dissected and manipulated these false allegations to reach their own conclusions about me and what I do in my personal life.”