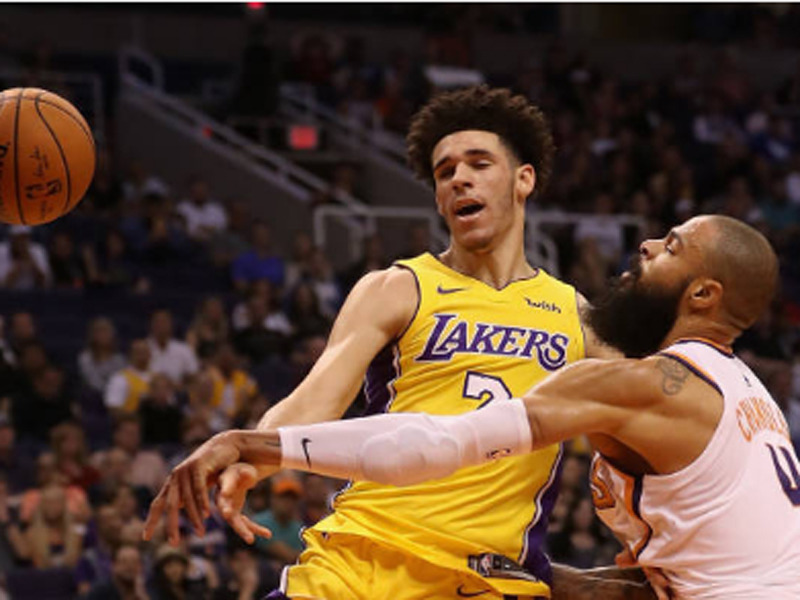 EL SEGUNDO, Calif. – Lonzo Ball will have to wait to play Russell Westbrook after the Los Angeles Lakers point guard was ruled out for Wednesday night’s game against...
by Zach Freeman January 3, 2018 489 Views 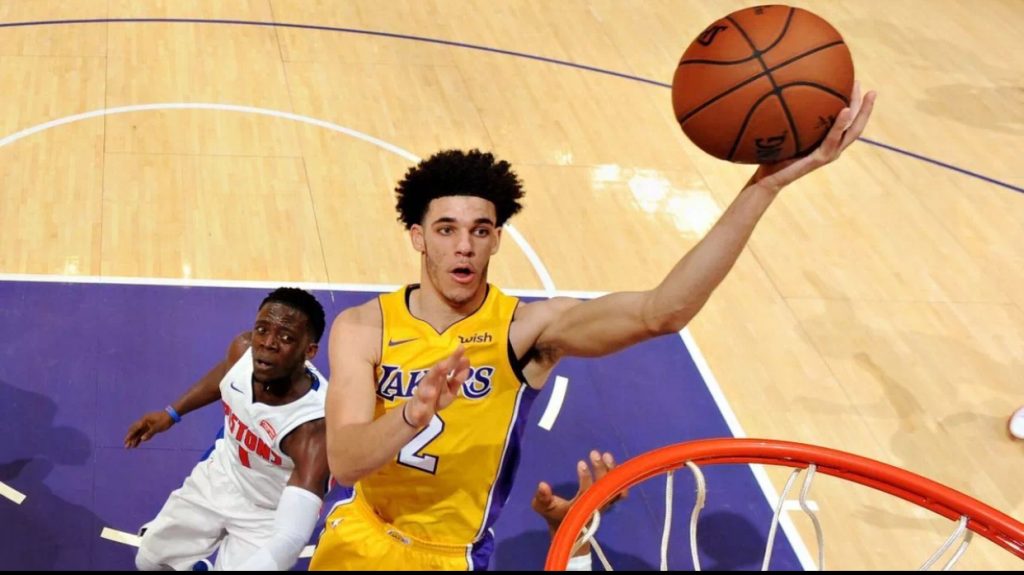 EL SEGUNDO, Calif. – Lonzo Ball will have to wait to play Russell Westbrook after the Los Angeles Lakers point guard was ruled out for Wednesday night’s game against Oklahoma City.

Ball and Brook Lopez, who is available to play, were both cleared to practice by the team Tuesday. Ball, though, will miss his sixth straight game with a bruised left shoulder after he felt soreness Wednesday morning following a workout on Tuesday. The rookie point guard did participate in morning shootaround on Wednesday and will practice Thursday.
“We’ll obviously take our time getting him back out there,” head coach Luke Walton said of Ball, who is averaging 10 points, 7.1 assists and 6.9 rebounds. “He came in yesterday and did some work, woke up a little bit sore, did all of shootaround, but because he felt a little sore today [and] we got a practice day tomorrow that we will get him in to. We want to make sure that we are smart.”

Ball is itching to return to action, and Friday’s game at home against Charlotte is a possibility depending on how he feels after Thursday’s practice.

This is the Lakers’ first meeting against Westbrook and the Thunder this season. Ball could get a chance to play against the reigning MVP for the first time at Oklahoma City on Jan. 17.

“He wants to play but he also understands it is a long season, a long career, so he is listening to the trainers that he is doing all of his work and getting treatment,” Walton said. “He is doing everything on his end. When he is ready to go and confident with the arm, [then he will play].”

Lopez returns after missing eight straight games with a sprained right ankle. Walton did not reveal whether Lopez will return to his starting spot. The center – who is averaging 12.8 points and 4.3 rebounds – will be on a minutes restriction.

Julius Randle has started the past three games at center and averaged 20.6 points and 11.3 rebounds during that stretch.

Walton also said that rookie forward Kyle Kuzma will have his minutes monitored. Prior to playing just 18 minutes during Monday’s loss in Minnesota, the rookie averaged 39.1 minutes per game over the eight games before that loss to the Timberwolves. Kuzma also bruised his quad and has taken repeated hits to the quad in the past few games. Kuzma has shot 19-for-65 (29.2 percent) in the past four games.

“He is not hurt right now, but it is part of our job to monitor and make sure he doesn’t get run down and hurt himself with how hard that he plays,” Walton said of Kuzma, who is averaging 17.5 points and 6.5 rebounds.

“That is a fine line because we like how hard he plays and we want to encourage everyone to play like that. We will keep an eye out to see if he is looking like he is fatiguing out there and monitor those minutes going forward.”

“I think it is fighting through the fatigue and schedule that we have been playing more than the quad,” Walton added of Kuzma’s recent shooting struggles.

The Big Baller Brand gets warm international reception! Find out when Gelo & Melo lace up here….