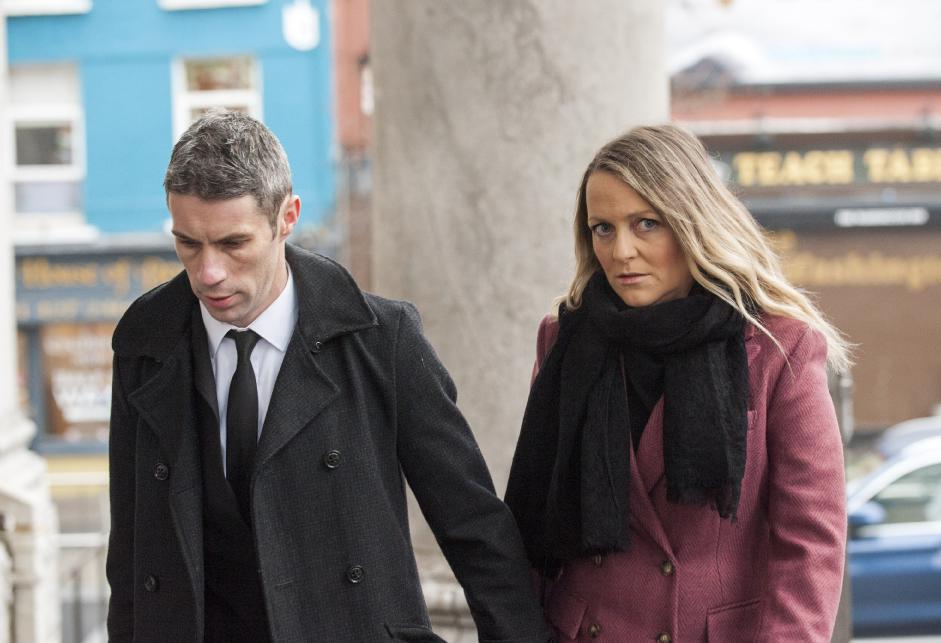 A LITTLE boy died after taking a nap in an indoor tree house at a creche, an inquest heard. Cillian O’Driscoll, four, who was autistic, was asleep for two-and-a-half...
by Raquel Jayson January 24, 2020 460 Views

A LITTLE boy died after taking a nap in an indoor tree house at a creche, an inquest heard.

Cillian O’Driscoll, four, who was autistic, was asleep for two-and-a-half hours and found unconscious in the play room.

His devastated dad John Paul said the “bubbly” boy – who was largely non-verbal – had said “All the Best” and waved goodbye for the final time that morning.

Cillian was killed by a viral infection that attacked his lungs, an inquest at Cork Coroners’ Court heard.

His heartbroken dad received a call at 2.30pm to say  his son was unconscious.

The youngster, who loved playing outdoors with jigsaws, was rushed to hospital but could not be saved.

John Paul said their “little boy was no longer there – his body was listless, as were his eyes”.

A review raised concerns that a Safe Sleep Policy was not followed at Kinder Care creche in Ballincollig, Co Cork, on December 14, 2018.

‘OUR PAIN WILL BE WITH US FOREVER’

While care staff said he was checked every ten minutes while he was asleep, a special Sleep Rest Chart had not been filled out that day.

Cillian was asleep for almost two and a half hours and said a vigorous check on him during his unusually long sleep might have spotted indications of the advancing viral infection.

They said: “While nothing can bring Cillian back, and our pain will be with us forever, we do hope that lessons can be learnt from today.”

He had a special needs assistant – but she had left two hours earlier.

The crèche had passed a full inspection from Tusla, the state’s agency responsible for improving wellbeing for children, in May 2018, just seven months before Cillian’s death.

However, Tusla highlighted the absence of a sleep monitoring policy for older children in the creche.