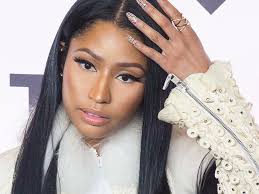 It’s true — a Nicki Minaj and Cardi B collaboration is here! The queens of rap are both featured on Migos’ new track ‘Motor Sport,’ and you can take...
by Katricia Brown October 27, 2017 687 Views

It’s true — a Nicki Minaj and Cardi B collaboration is here! The queens of rap are both featured on Migos’ new track ‘Motor Sport,’ and you can take a listen right here. 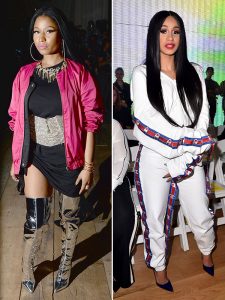 Two days after fans started buzzing that Nicki Minaj and Cardi B would be featured on a new Migos song, the epic collaboration has arrived! Migos dropped “Motor Sport” on Oct. 27, and it features verses from both Nicki and Cardi. The ladies are spitting absolute fire on this one, and we love seeing them working together, rather than being competitive with one another. After all, they’re arguably the two biggest names in hip-hop these days, and there’s been longtime rumors of a feud between them, so the release of this song is definitely a positive sign.

Last month, Cardi solidified her spot in mainstream music by hitting No. 1 on the Billboard charts for her hit “Bodak Yellow.” After the news broke, Nicki took to Twitter to send her fellow rap queen a sweet message. “Congratulations to a fellow NEW YAWKA on a RECORD BREAKING achievement,” she wrote. ‘Bardi, this is the only thing that matters!!! Enjoy it.” If you’re not familiar with the reported shaky history of Cardi and Nicki’s relationship, it all started back in March, when Nicki allegedly liked a comment dissing one of Cardi’s freestyles. Then, on the track “No Flag,” Nicki rapped, “I heard these labels are trying to make another me, everything you’re getting, little hoe, is because of me.” Even though the song was a collaboration with Cardi’s boyfriend, Offset (a member of Migos), fans still thought this was a dig at the up-and-coming artist. Nicki eventually shot down this rumor.

In August, it was a comment from Cardi that added fuel to the fire that a feud was brewing. “You know, this b****, she never f***ing liked me,” she said onstage. “And all of a sudden she want to be friends with me. No b****.” It was, obviously, speculated that she was talking about Nicki, but at the VMAs later that month, she addressed the drama. “I don’t want problems with anybody,” she said. “I just want to make music and make money.” Let’s stop trying to make a fight where there are clearly no issues, people!