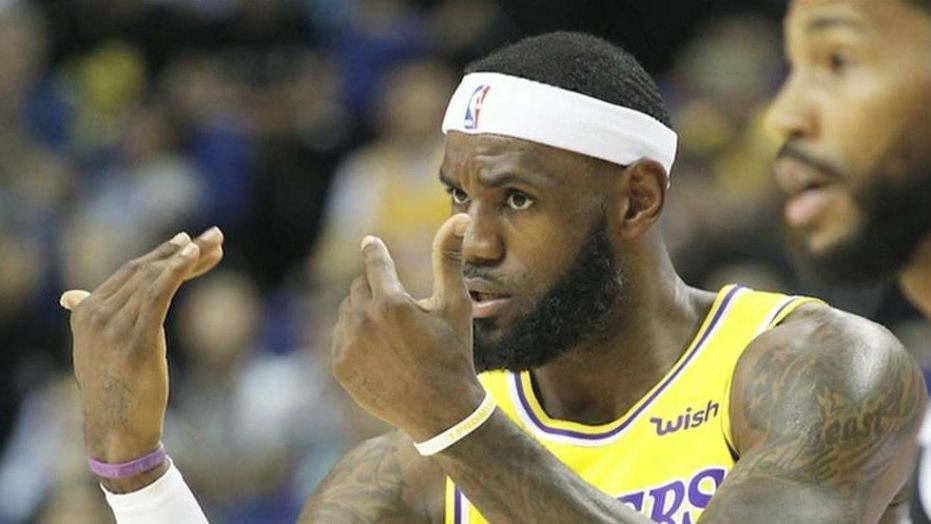 Lebron Seems “Unfazed” By All The Drama About His Comments!

Is LeBron James using fashion to make a political statement? Maybe … After LeBron dropped 18 points in the Lakers preseason win over Golden State on Wednesday, he took his wife...
by Raquel Jayson October 17, 2019 386 Views

After LeBron dropped 18 points in the Lakers preseason win over Golden State on Wednesday, he took his wife out for a date while wearing a Nike shirt that says, “No Clout.”

A lot of Bron critics would probably agree with the shirt after the way LeBron’s been handling the China situation … so you gotta wonder if Bron picked out the shirt as a way of acknowledging and addressing the backlash.

Or, maybe he just liked the shirt.

We tried to ask Bron about the China situation on his way out of the Highlight Room Rooftop Lounge in L.A., where he had a date night with Savannah … but it was clear Bron wouldn’t go there.

Instead, he engaged with fans, complimented some young girls as “Queens” and got into his car … he was very nice to everyone.

Seems Bron is looking to get his life back to normal amid the China drama — he balled out during the preseason game and everyone’s talking about this insane no-look, over the shoulder assist.

Are people ready to move on already? We’ll see …