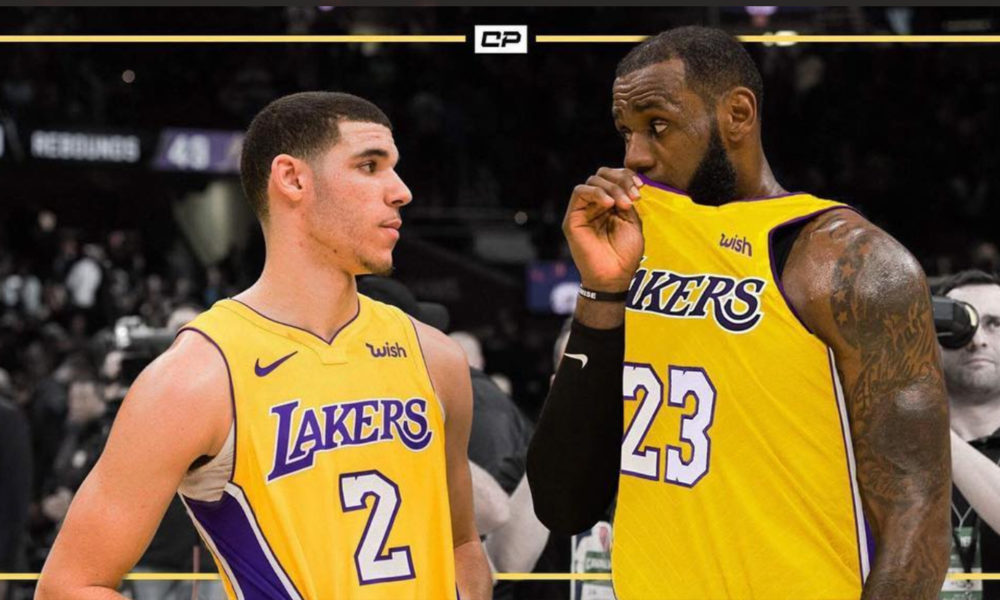 LeBron and Lonzo take the floor together for first time

LeBron James watched Lonzo Ball play in Las Vegas during the 2017 NBA Summer League, taking in a Los Angeles Lakers’ game from a baseline seat as a spectator....
by Joy Smith October 11, 2018 1004 Views

LeBron James watched Lonzo Ball play in Las Vegas during the 2017 NBA Summer League, taking in a Los Angeles Lakers’ game from a baseline seat as a spectator.

He had a better view Wednesday.

James and Ball were on-court teammates for the first time when the Lakers beat the Golden State Warriors 123-113, back in Las Vegas. Ball didn’t start the preseason contest, but replaced Rajon Rondo just 2 minutes, 13 seconds into the game.

“It’s just fun to have our full group,” James said.

James and Ball didn’t play very much. Ball has been recovering from a knee issue, and it was his first appearance this preseason.

James didn’t want to burden his new point guard with a lot of expectations, so he was keeping his approach very simple.

“He plays basketball,” James said of Ball before the game. “He knows how to play basketball.”

It was James’ first game against the Warriors since last season’s NBA Finals — when his second stint as a member of the Cleveland Cavaliers ended with Golden State sweeping its way to a second consecutive championship. But he downplayed the exhibition being any extension of his rivalry with the Warriors, or the rivalry between the California clubs.

John Wall scored 32 points, including a layup with 1:26 left that put Washington ahead for good.

Wall finished with nine assists and Bradley Beal scored 17 points for the Wizards. Andre Drummond led the Pistons with 17 points and 20 rebounds, and Blake Griffin added 16 points for Detroit.

WIZARDS: Markieff Morris scored 15 points and Jason Smith added 14. … Washington once led by as many as 14 before needing big plays from Wall late to pull out the win.

UP NEXT: Washington (3-1) hosts the Guangzhou Long-Lions on Friday. Detroit (1-3) faces Cleveland in East Lansing, Michigan, on Friday.

Jonathan Issac and Aaron Gordon each scored 15 points for Orlando.

GRIZZLIES: Memphis was outrebounded 54-38, and 12-1 on the offensive glass. … Marc Gasol and Jaren Jackson each scored 10. 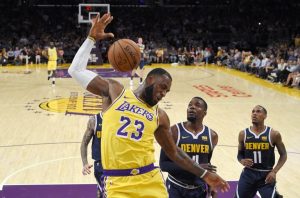 MAGIC: Orlando took control with a 12-1 run in the second quarter. … Rookie Mo Bamba didn’t play because of a bruised wrist.

Bam Adebayo scored 26 points and grabbed 12 rebounds, and Josh Richardson scored 25 for Miami — which set a franchise record for preseason points in a game.

HEAT: Dwyane Wade, Goran Dragic, Hassan Whiteside, Wayne Ellington, Rodney McGruder and Justise Winslow all got the night off. … Kelly Olynyk was 2 for 8 in 13 minutes, all of his shots coming from 3-point range.

UP NEXT: New Orleans (0-4) hosts Toronto on Thursday. Miami (2-3) hosts Atlanta on Friday.

Rookie guard Trae Young connected on a 3-pointer — from the Georgia Tech logo near midcourt — with 2.2 seconds left to send Atlanta to the win.

Taurean Prince had 25 points for the Hawks, and Young finished with 22. Rudy Gay led all scorers with 28 for San Antonio, on a 10-for-15 shooting night.

SPURS: The Spurs shot 55 percent — and allowed Atlanta to shoot 58 percent. … Bryn Forbes scored 22 points. DeMar DeRozan and Derrick White each had 15. … White started at point guard in place of Dejounte Murray, who tore his ACL earlier this week and will miss the season.

In Montreal, Toronto point guard Kyle Lowry got ejected in the third quarter for getting two technicals.

NETS: D’Angelo Russell scored 18 points and Caris LeVert finished with 13. … The Nets were outscored 35-11 in the third quarter.

RAPTORS: Toronto was 16 for 36 from 3-point range, with Green going 6 for 7 from deep. … Fred VanVleet and Jonas Valanciunas each had 11 points.

Thaddeus Young, who missed Indiana’s first three preseason games due to a foot injury, made 8 of 12 from the field and finished with 16 points and 10 rebounds in 29 minutes.

UP NEXT: Chicago (2-2) hosts Denver on Friday. Indiana’s preseason ended at 2-2, and the Pacers open the regular season at home against Memphis on Oct. 17.

Jake Layman scored 28 points for Portland on 10-of-14 shooting, including 5 of 7 from 3-point range.

SUNS: Devin Booker, who underwent hand surgery on Sept. 10 and was expected to miss six weeks, said he’d like to play against the Mavericks in the regular-season opener next week. … No. 1 overall pick Deandre Ayton had nine points and four rebounds in 15 minutes. … Phoenix (2-3) made just 8 of 31 (25.8 percent) from 3-point range.

UP NEXT: Portland (2-2) closes out its preseason schedule at home against Sacramento on Friday. Phoenix opens the regular season on Oct. 17 when it plays host to Dallas.

Brandon Ingram scored 26 points for the Lakers, and James had 15 points, 10 rebounds and five assists in 18 minutes — all in the first half.

WARRIORS: Draymond Green (knee) did not play. … Kevin Durant had 18 points and 12 rebounds before fouling out in 24 minutes. … Golden State made just 20 of 36 free throws and committed 25 turnovers.

UP NEXT: The Lakers (2-3) and Golden State play again Friday, at the SAP Center in San Jose, California, in the preseason finale for both teams.