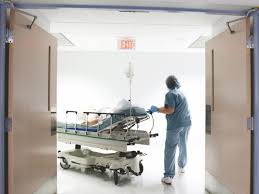 River Gallo has prosthetic testes he says he never asked for and never wanted. Alice Alvarez says she should have been able to decide for herself before a doctor...
by Katricia Brown March 26, 2019 230 Views

River Gallo has prosthetic testes he says he never asked for and never wanted. Alice Alvarez says she should have been able to decide for herself before a doctor removed her testicles, which one did when she was an infant. 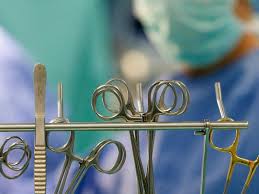 Both are part of a group supporting a bill in the California Legislature that would ban cosmetic surgeries on children born with atypical genitals until they’re old enough to consent. California would be the first state to enact such a ban.

The legislation has made public an emotional debate that has been simmering for decades in the intersex community. Advocacy groups for intersex people – individuals with varying differences in their reproductive or sexual anatomy – have been fighting to postpone medically unnecessary surgeries that they say do more harm than good.

Surgeries in extreme cases in which the gender of the child is unclear can result in female genitalia being constructed on someone who later identifies as male or vice versa. More common are procedures on deformities, such as an off-center urethra, or reducing an enlarged clitoris. Supporters of the bill say that because the surgeries carry risks, such as a loss of sexual sensation or function, they should be delayed until the patient can consent. The legislation, Senate Bill 201 by state Sen. Scott Wiener, does not apply to genital surgeries that are medically necessary.

“The hypothesis is that these surgeries enhance the psychological well-being of children by ensuring they have genitals that are ‘normal,'” said Julie Greenberg, author of the book “Intersexuality and the Law.” “But there is no study that says this does help their psychological well-being, and there are plenty of people who say it caused them harm.” 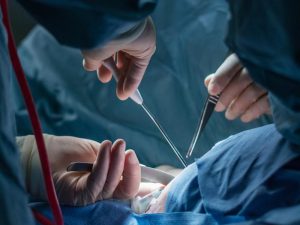 Pediatric urologists who perform the surgeries called SB 201 “extraordinary overreach” that would strip parents of their ability to make medical decisions for their children. Patients who have the surgeries heal better if they are young, said Dr. Lane Palmer, president of the Societies for Pediatric Urology.

“This bill covers a significant number of surgeries we perform regularly and successfully,” Palmer said. “If we are going abdicate a parent’s right to make these medical decisions, what’s next?”

Even within the intersex community, there is no consensus on how old a person should be to consent to surgery, with advocates saying there is a fine line between ensuring a minor is old enough to make the decision without pressure from their parents, doctors or peers and not forcing all kids to wait until after puberty.

The legislation would require doctors to wait until patients can give informed consent, meaning they are mature enough to understand the benefits and potential risks of surgery.

“There are conversations on whether there should be a specific age in the bill, and we are open to that conversation,” said Wiener, D-San Francisco. “But it’s not you can’t have a surgery until you turn 18.”

Pediatric urologists said the exact determination of when a minor can consent relies heavily on a doctor’s interpretation, prompting concern that doctors would be subject to litigation if a minor later changed his or her mind.

“In my opinion, the surgery should be delayed until they are an adult,” said Alice Alvarez, a 29-year-old Fontana woman and intersex activist.

Alvarez said she was born with external female genitalia and undescended testicles. As an infant, doctors removed her testes, telling her parents that it would reduce her likelihood of testicular cancer. Alvarez said she did not know about the surgery until she was 12, when, during a physical, she learned she was born without ovaries or a uterus. She said her parents, who did not speak English when she was born, did not understand the specifics of her surgery at the time.

“They sent my parents home and said just raise her as a girl and pretend this never happened,” Alvarez said. “A lot of doctors say they have the best interest of the child in mind, but they aren’t following the children into adulthood to see how they feel about these surgeries. So, how can they say what they are doing is right?”

Dr. Steve Lerman, chief of the UCLA Division of Pediatric Urology, agrees that there is not enough known about the long-term outcomes of complex genital surgeries. Those surgeries were relatively new procedures in the 1970s and ’80s, and now some of those patients have valid complaints about their results, Lerman said.

Lerman said doctors, including himself, need to step up and recognize that such surgeries have previously had questionable outcomes and should be further studied. But, he disagrees with lumping into the bill straightforward cases of hypospadias, a birth defect in which the opening of the urethra is on the underside of the penis. He said those more common cases have had “good to outstanding results over the past 20 years.”

“We need to find a way to make things better and that isn’t by mandating that we sweep a diagnosis under the rug for 15 to 18 years,” he said. “That would absolutely be a mistake.”

The California Medical Association, an influential lobbying arm of doctors in the state Capitol, opposes the bill, saying parents and physicians should determine what is in the best interest of a child. Delaying a procedure or treatment for disorders of sex development, or DSD, as the medical community refers to intersex traits, could do more harm physically and emotionally.

“We acknowledge that past treatment may not have reflected medical guidelines and standards of care that are currently in place,” said Brandon Marchy, a lobbyist for the California Medical Assn., in a letter opposing the bill.

But postponing surgery until the age of consent carries risk just as performing a procedure on an infant does, Marchy said. In the absence of clear data, Marchy said, the decision should fall to parents with the advice of their doctors.

The first hearing on the bill is expected early next month.

“We aren’t guaranteed to pass this bill, but we have a shot,” Wiener said.

As the bill moves through the Legislature, it is expected to bring large groups of intersex advocates with personal stories of surgeries they say were unwanted or unsuccessful as well as parent-rights groups that will argue the government should not interfere in the ability of parents to make medical decisions for their children.

“This is not a decision made lightly,” said Dina Matos, executive director of the CARES Foundation, a support group for families and patients with congenital adrenal hyperplasia, a condition that can result in genital ambiguity and may be recommended for reconstructive surgery during infancy. “This is fundamentally a decision that should be left up to the parents. These children have a right to grow up healthy physically and psychologically, and removing surgery as an option for care hurts the child.”

Santa Rosa family physician Suegee Tamar-Mattis disagrees, saying that without clear medical data supporting surgery, doctors should wait. Three former U.S. surgeons general wrote a 2017 report saying genital surgeries for cosmetic purposes should be delayed until patients can give consent. A 2017 Human Rights Watch report said parents were largely driven by fear in opting to have the surgery done on their children.

“This is the biggest ethical failure in our lifetime,” said Tamar-Mattis, who is intersex. “Doctors want to see people be normal, and they think normal is the only way to have a happy life. But, there is no real normal, and people can be happy and healthy in life in different bodies.”

Gallo, a 28-year-old filmmaker, said it wasn’t until recently that he heard the word intersex after having kept his own medical history a secret for much of his life.

He was born without testicles. At 12, he was put on testosterone, and at 16 he had surgery to give him prosthetic testes.

Gallo said, even at 16, he didn’t feel mature enough to consent to the surgery that his parents and doctor said was needed. He said his parents were told that he needed the surgery in order to “be a whole man,” which, as a nonbinary person who does not identify as strictly male or female, is not the choice he would have made for himself.

“Some days it really angers me,” said Gallo, who uses male pronouns. “It is a reminder of a decision that wasn’t mine.”

Robocallers Could Be Charged With A Felony