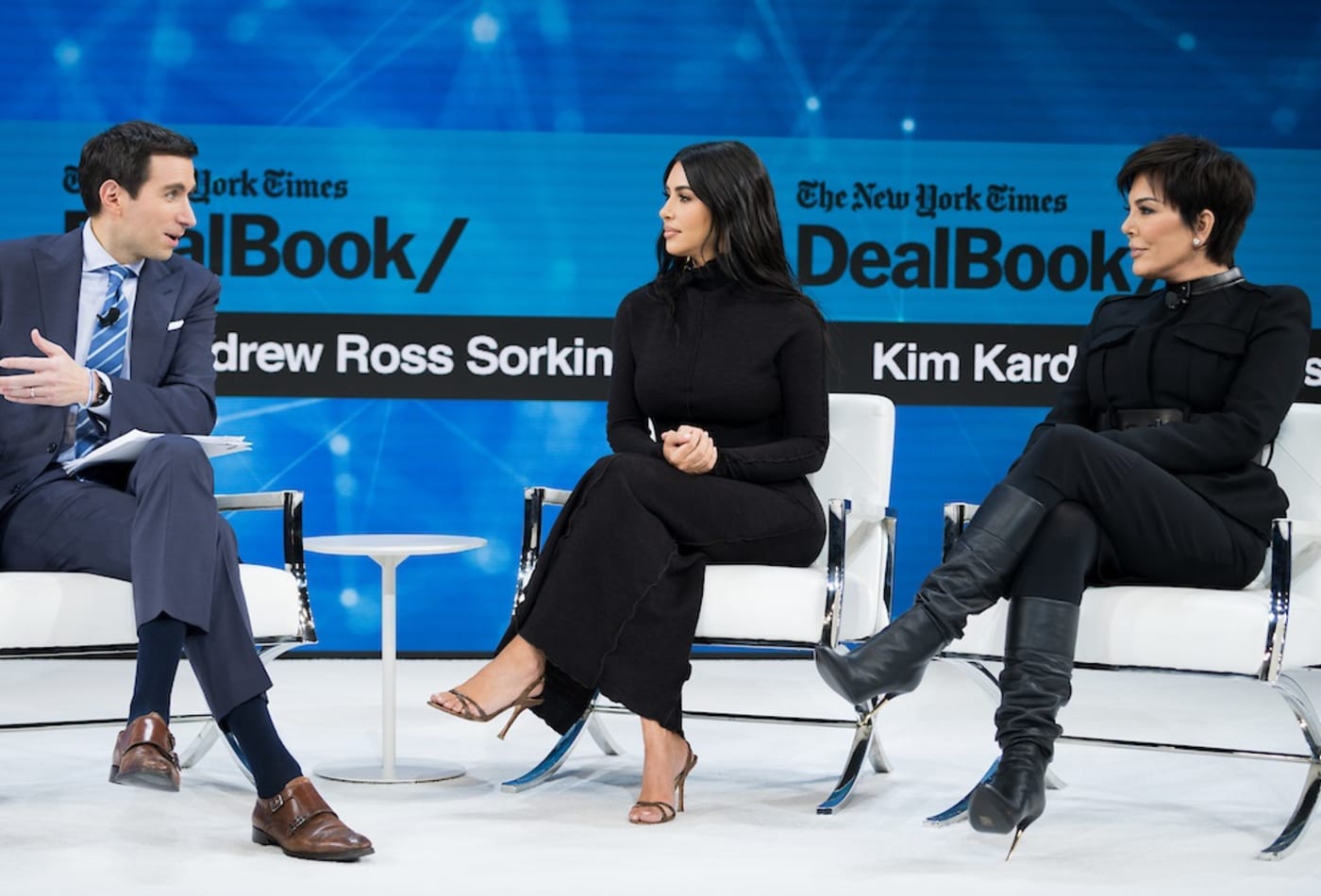 Despite having a personal net worth of more than $370 million and a husband worth $240 million, reality star Kim Kardashian West says she’s “really cautious” about spending money.

So much so that when she does overspend, she has a damage control plan: doing an extra sponsored social media post.

“If I overspend on something, and a paid post happens to come in at that time, I’ll weigh it out and think, ‘OK, well I have to pay for x, y and z,’” Kardashian West said at The New York Times DealBook Conference on Wednesday.

While she won’t reveal the current going rate for one of her sponsored Instagram posts, she says she recently turned down a $1 million offer because her husband Kanye West asked her to.

“So there was a fast-fashion brand, a few of them, and they would knock off Yeezy all the time, his color palette, designs. So this fast-fashion brand offered me a million dollars for an Instagram post, and I thought, ‘OK, well that’s easy’ — just to wear clothes that I could pick, anything that I wanted, it’s a quick post. And when I told [Kanye] about it, he asked me not to do it and said out of respect, I don’t think that we should be giving them everything, they copy everything,” Kardashian West said.

In return, on Mother’s Day, Kanye West handed her a check for $1 million that said “thanks you for not posting for the other brand.”

He also made gave her a contract to be an owner in Yeezy as an additional thank you. According to Forbes, West’s Yeezy’s Adidas deal is expected to top $1.5 billion in sales in 2019.

Kardashian West said the experience taught her that “there is power in saying no sometimes.”

But she said she will do “off-brand” sponsored posts from time-to-time to help fund her prison reform projects. In April, she announced that she is studying to become a lawyer, telling Vogue that she wanted to fight for people who have paid their dues to society.

“I just felt like the system could be so different, and I wanted to fight to fix it, and if I knew more, I could do more,” she said at the time.

Kardashian West does not have an undergraduate degree, but California allows apprenticeships with a practicing lawyer in place of a law degree to take the bar exam.

With her passion for criminal justice, “now it’s a little bit more personal for me,” she said at the DealBook conference. “If I have a paid post that comes in and I think, ‘O.K., well this can fund x amount of people that are behind bars, that can help free them with simple legal fees that they just can’t afford, then that would be worth it to me, even if the post might be a little bit off-brand for me.’ I really weigh out different things now than I used to,” she said.

Kardashian West said her 10-year plan is to open up her own law firm to help with prison reform issues.

“I would love to hire these men and women that are behind bars, because they know the law better than most lawyers,” she said.