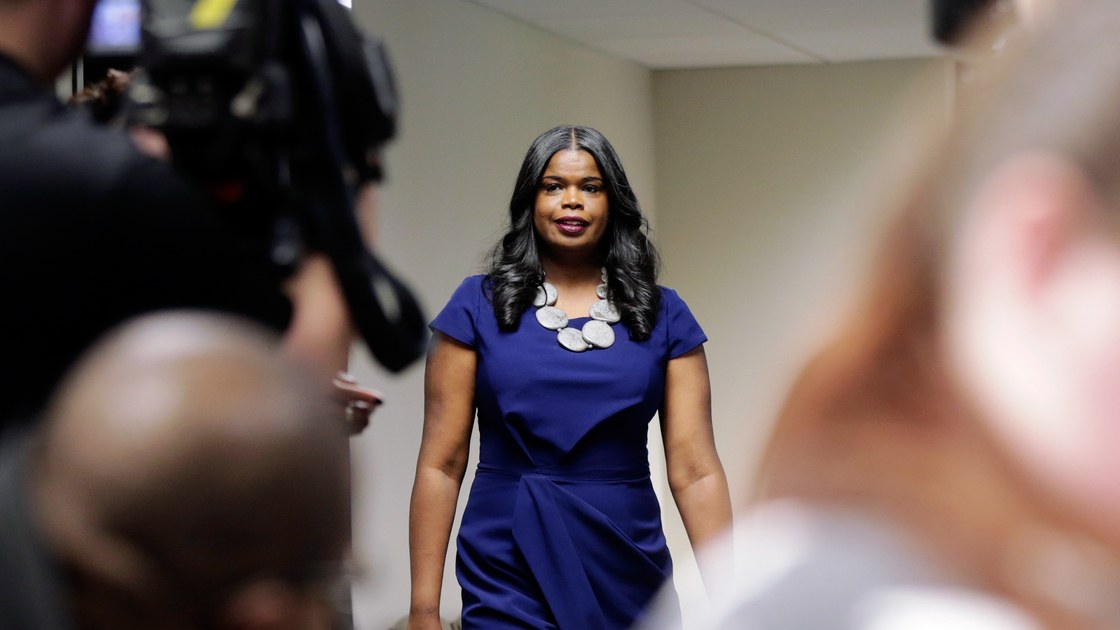 Two deputies in the office of Kim Foxx, the controversial Cook County prosecutor whose office dropped the 16 felony charges against actor Jussie Smollett, have resigned, The Chicago Sun-Times reports.

Chief ethics officer April Perry, who wrote a memo announcing Foxx had recused herself from the Smollett case, and veteran prosecutor and civil attorney Mark Rotert, will exit on May 3, according to information obtained as part of a public records request by the Sun-Times.

Rotert submitted his resignation on March 27,  the day before the office dropped 16 felony counts of disorderly conduct against Empire actor Smollett, but Rotert denies his resignation had anything to do with Smollett.

In a statement, Foxx said she will not comment on the “Empire” actor’s case until the county’s Office of Independent Inspector General completes a report on how the matter was handled. Foxx wrote that she was “committed to assuring a transparent review” of how her office handled the case, which ended abruptly with prosecutors dropping all charges just weeks after Smollett was indicted on 16 counts of disorderly conduct for making a false police report about an alleged hoax hate crime attack.

Ellis was fielding calls from the press as recently as Thursday night. Friday afternoon, she sent out an email, from a personal account, announcing she had left the office to “pursue another exciting opportunity, which I will share with you soon.”

On Thursday, Foxx announced to staff that the head of the office’s Conviction Integrity Unit, Mark Rotert, and Chief Ethics Officer April Perry had resigned, effective next month. Perry, the first-ever ethics officer in the office, had sent an email to senior staff when Foxx stepped away from the Smollett prosecution, recusing herself and assigning her top deputy, Joseph Magats, as the final authority on decisions involving the case.

The statement Foxx released on Friday comes two days after her office released, in response to public records requests from the media, a tranche of hundreds of emails and text messages exchanged among her staff about the Smollett case. The records released also included a log of numerous messages that were redacted or withheld entirely under exemptions to state public records laws, with most of the documents held back because of a court order sealing records in Smollett’s case.

In the days after Smollett’s case was dropped, Foxx granted numerous press interviews about the decision to drop the charges. Smollett had walked out of the courthouse, maintaining his innocence, while Foxx said the actor had struck a deal was similar to “deferred prosecution” agreements granted to low-level, non-violent defendants. In an op-ed, Foxx later backpedaled, stating that there were concerns about whether the evidence was strong enough to win a conviction.

Last week, Foxx announced that county Inspector General Patrick Blanchard would review how her office handled Smollett’s case. Blanchard said Foxx’s office had promised complete access to staff members and documents related to the case, but had no timeline to complete his report.

In her statement Friday, Foxx said she wanted to give Blanchard “the first opportunity to speak with all relevant participants in the case.”

“Those discussions should not be held against a backdrop of public comments or speculation from me or my office about what people did or said,” Foxx said.

“Therefore, while the OIIG review is underway, I do not intend to comment publicly on the Smollett case. When the OIIG has concluded his review, he will release a report of his findings and conclusions. At that time, it will be appropriate for me to comment publicly about these topics.”

Perry is stepping down to take a job as general counsel for a tech start-up, according to the Sun-Times.

Foxx and her office have been under fire for their decision to let Smollett go with a small amount of community service and forfeiture of his $10,000 bond. Foxx has said the decision to drop the charges was something that is frequently done by her office. Newly released emails and text messages reveal that Foxx thought the 16 disorderly conduct charges brought against the Empire actor were too severe.

Smollett, who is African American and gay, had been charged with orchestrating a racist and homophobic attack on himself in Chicago in order to claim he was a victim. The city is now suing him in civil court to recover more than $130k it allegedly spent in police overtime hours investigating the case.