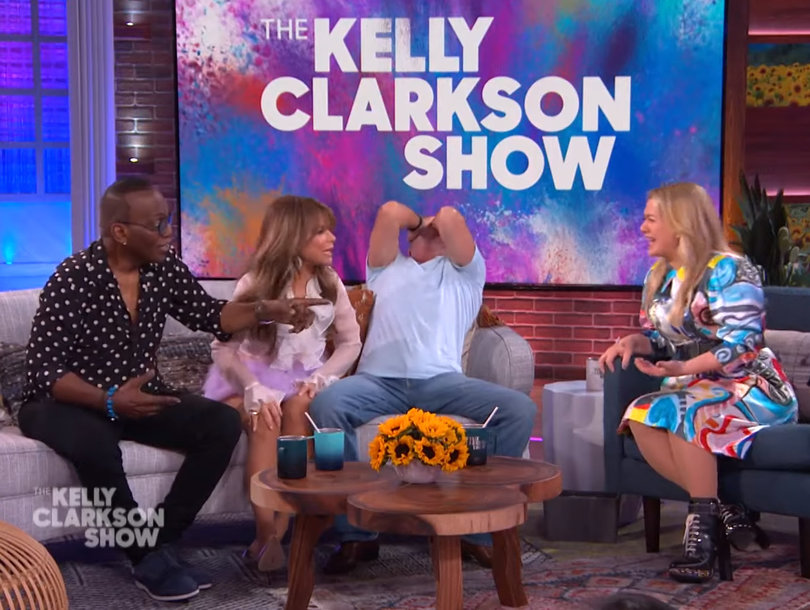 VIEW PHOTOSYouTube37 of the Most Memorable ‘American Idol’ Contestants: Then & Now We’re screaming. Kelly Clarkson has done the unthinkable; she’s taken us back to the year 2002. On Wednesday,...
by Raquel Jayson September 18, 2019 176 Views

VIEW PHOTOSYouTube37 of the Most Memorable ‘American Idol’ Contestants: Then & Now

Kelly Clarkson has done the unthinkable; she’s taken us back to the year 2002.

In 2002, the sweet and inexperienced Texas native with vocals powerful enough to shatter glass was crowned the very first winner of the singing competition series Cowell admitted he didn’t think would last more than “two weeks.” Earlier this year, the show was picked up for an eighteenth season, which he believes is mostly thanks to Clarkson.

“I actually genuinely do not believe that we would have been sitting here today if you hadn’t entered the show that year,” the famously unemotional TV exec told a bashful Kelly. “No, I swear to God. And I don’t mean that disrespectfully to the others, but the whole premise of this show was we had to find a star who was gonna sell records.”

“We found some great people that whole year, but when you delivered that moment on that first live show, and when you sang that winning song at the end…” he continued, proudly grinning from ear to ear.

“It was a game-changer,” Paula interrupted. Randy agreed, adding, “We looked at each other at the end, at the finale, and said, ‘Wow. This thing is really gonna work.’ I think that was the moment that we knew.”

At the time, Clarkson had “no idea” the show had blown up like it had because she and the other contestants were “in that bubble.” They were all living together in an “American Idol” house, so to speak, and didn’t realize the impact they were making on both the television and music industries.

The four reminisced on Kelly’s memorable audition, where she came dressed in a head-to-toe denim outfit she had made herself. “I remember what you were wearing, Kelly!” Paula said. Her striking caramel highlights are still burned in our brains.

“I freaked out ’cause I was like, ‘Who is the English guy?'” Clarkson recalled. “I’ll tell ya, when I walked in, I knew nothing. I literally had just moved back from L.A., my place had burned down, I was living in my car for three days here, and then finally was like I gotta go home.”

“And somebody told me about the audition, and I literally walked in, I had no idea what I was doing,” she continued. “I didn’t know it was a TV show until the audition I was in front of y’all. I was like, ‘Paula Abdul’s here. Some Simon dude.’ Also I did recognize Randy because I knew he had played with Mariah [Carey], and I was like, ‘Awww, snap! What’s happening?!'”

Abdul said the day Clarkson auditioned was “one of the most exciting days,” as Jackson claimed he “knew” she was going to win the moment he heard her sing.

“No you did not,” Simon retorted, leaning across the couch, while also taking a jab at Paula.

Their dynamic is truly unmatched.

During a conversation about their favorite, standout auditions of all time, the judges revealed a little judges’ secret: Before live tapings, they would play “the name game.” Simon, Paula and Randy would give one another a “word” they had to use during a critique of a contestant’s performance.

While Abdul admitted the game was funny as hell, she said Cowell would always take it to the next level. “He goes, ‘Randy, Paula, here’s my Black Card. Ten minutes on Rodeo Drive if you incorporate these words into your critique,'” she said using her best English accent, before revealing he once gave Jackson the phrase “spotted dick.”

“He wouldn’t do it!” Paula shouted, as everyone in the room cackled. “And [Simon] said to me, ‘Double down. I’ll give you 15 minutes on my credit card!'”

But of course, Simon had a reasonable explanation for the bizarre phrase, saying that a spotted dick is actually an English dessert.

“So this was a show within a show that we all missed!” a stunned Clarkson pointed out. Indeed. Paula said Simon would whisper nonsensical proverbs into her ear right before host Ryan Seacrest would ask for her input on a performance.

“So all I hear is that, and then I hear Ryan go, ‘Paula?’ And I’m crying laughing!” she explained. “So I go, ‘He said the moth defines a melon ball?'” That’s when Cowell would look at the camera and motion that his colleague was out of her mind.

“And then you look crazy!” Kelly shouted, before looking at Simon. “Oh my God, you teed her up!”

“We were having fun” Randy defended. “At my expense!” Paula pointed out.

When Clarkson asked if the three would ever work together again, they unanimously said yes — even though they admitted to getting into genuinely gnarly arguments “every hour.” Abdul even threatened to quit multiple times, but only “on the first day.”

Simon then took pleasure in bringing up Kelly’s movie she made with the man who could’ve very easily been in her shoes: Season 1 runner-up Justin Guarini. “The movie, I’ve gotta tell you, that’s a standing ovation,” he joked as he stood up to pay homage to “From Justin to Kelly,” the 2003 film critics called a “notorious stinker.”

“Thank God we’re so much more than that movie,” Guarini quipped when Clarkson welcomed him out as a surprise guest. See everything the Broadway star had to say in the video below.

The interview overall did seem to touch Simon, though, as he revealed that if he had one wish, it would be to make another show with the very people with whom he was sharing the stage.

“I’ll tell you why,” he explained, “apart from the fact that we had so much fun — and to credit you, Kelly, like I said, we wouldn’t be here without you — the fact that you are one of the most successful singers in the world, I have to say something about you, Kelly. Unlike the majority, you are the same person off camera as you are on camera. You give respect to people and you’ve been very loyal and you’re a great friend, and I’m absolutely thrilled for you. Genuinely. You deserve everything. You’ve worked hard for it.”

“And for these guys,” he continued, looking at Paula and Randy, “even though everyone remembers all the craziness, what worked about that series was that Randy, like myself, is an A&R guy, but he was also a record producer. Paula actually was a brilliant spotter of talent. I was an A&R guy, which is one of the reasons why I think — and this additional chemistry — our legacy genuinely are the artists, starting with you, who we discovered over the seven-year period. And that’s what I’m most proud of. The show’s ratings, great, that’s one thing. But it’s who came through the process is what made it all worthwhile.”

“And that’s why, genuinely, if I could choose who to work with all over again,” he concluded, “I would work with these guys again.”

“Stranger Things” Star Cuts His Hair & Fans are Not Having​ It