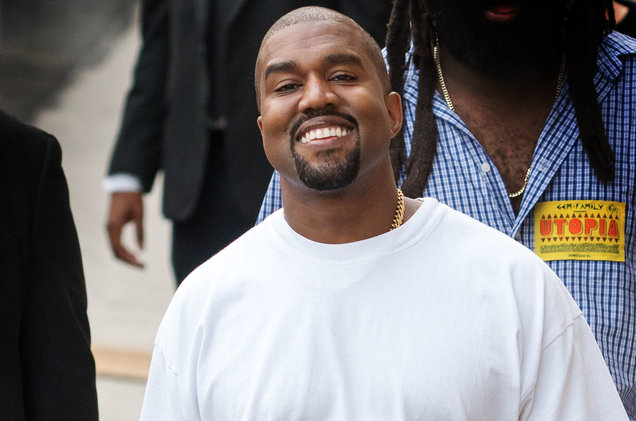 Kanye West has referred to his upcoming album Jesus Is King as “gospel” music, and between that and his weekly Sunday Service, he has been more vocal about his faith in recent months....
by Raquel Jayson October 12, 2019 225 Views

Kanye West has referred to his upcoming album Jesus Is King as “gospel” music, and between that and his weekly Sunday Service, he has been more vocal about his faith in recent months. He has also been having Bible study sessions with pastor Adam Tyson, who spoke about his relationship with Kanye in a new interview on the Pure Flix podcast.

There’s a lot of interesting information to emerge from the conversation, like the fact that Kanye supposedly doesn’t swear anymore, which some might find surprising considering how explicit he has been in his music throughout his career. Still, Tyson says that now Kanye doesn’t even like it when others swear around him, saying, “If somebody cusses in his presence, I’ve heard him say a couple of times, ‘Hey, man, you can’t cuss when you’re with me. I’m a born-again Christian.’ Who’s gonna say that if they’re not meaning that they want Christ to be exalted in all that they do?”

Tyson also explained how he met Kanye, saying, “He started meeting with me in my office [after service]. And I spent about three hours just going through the gospel, make sure he understood clearly about the atonement of Jesus Christ […] and he’s like, ‘Hey, man, I told you I’ve been radically saved. I believe that message, and I want to get that message out to the world.’” Tyson then asked Kanye how he was “saved,” and he responded, “I was just under the weight of my sin. And I was being convicted that I was running from God. And I knew I needed to make things right. So, I came to Christ. I came out of darkness into the light.”

Chance The Rapper recently said that he was impressed by Kanye’s commitment to his faith, telling Jimmy Kimmel, “Kanye is so devoted right now. He’s very well-versed in the Bible at this point. […] The way he talks to me now, it seems like he’s just had [passages] memorized for years. To my knowledge, a lot of that stuff he learned recently. The Sunday Service thing he’s doing and the album that comes out next week, […] he’s talking about what I believe in, and it’s that Jesus is king. He’s spreading the good news and I appreciate it.”