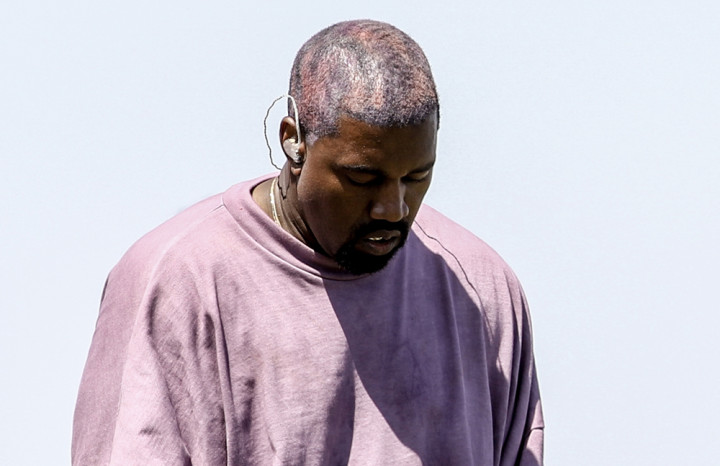 Kanye Told A Crowd He Was Running For President In 2020 They Laughed And He Wasn’t Too Pleased. Would You Vote For Him?

Kanye West knows what’s going to put him in the Oval Office in 2024 — he’s reaffirming his plans to run while revealing his platform and a name change …...
by Raquel Jayson November 8, 2019 151 Views

Kanye West knows what’s going to put him in the Oval Office in 2024 — he’s reaffirming his plans to run while revealing his platform and a name change … a huge one.

Kanye dropped bombshell after bombshell Thursday in NYC, where he spoke at the Fast Company Innovation Festival. Seated next to Yeezy designer Steven Smith … Ye told the crowd, matter-of-factly, he will be running for Prez.

Watch the video, because he didn’t get the reaction he was expecting … at all. The audience laughed, and Kanye stared back with a deadpan look and said, “What y’all laughing at?”

He went on to make the point that by 2024, Yeezy brand “will have created so many jobs, I’m not gonna run [for President], I’ll walk.” There was an uncomfortable silence following that, and he went on to say celebrities are terrified to speak their minds, including himself.

He admitted his wife, Kim Kardashian West— who was in the audience — would probably tell him later he was too outspoken at the event.

Ye also complained about Forbes’ reluctance to label him a billionaire and announced he’ll change his name to “Christian Genius Billionaire Kanye West” … just to stick it to the outlet.

If that wasn’t enough … he theorized Martin Luther King Jr. wasn’t assassinated because he had a dream, but because he wanted to talk about economic empowerment in the black community — and added, “The reason why I say these things out loud in this way is so I won’t be killed.”