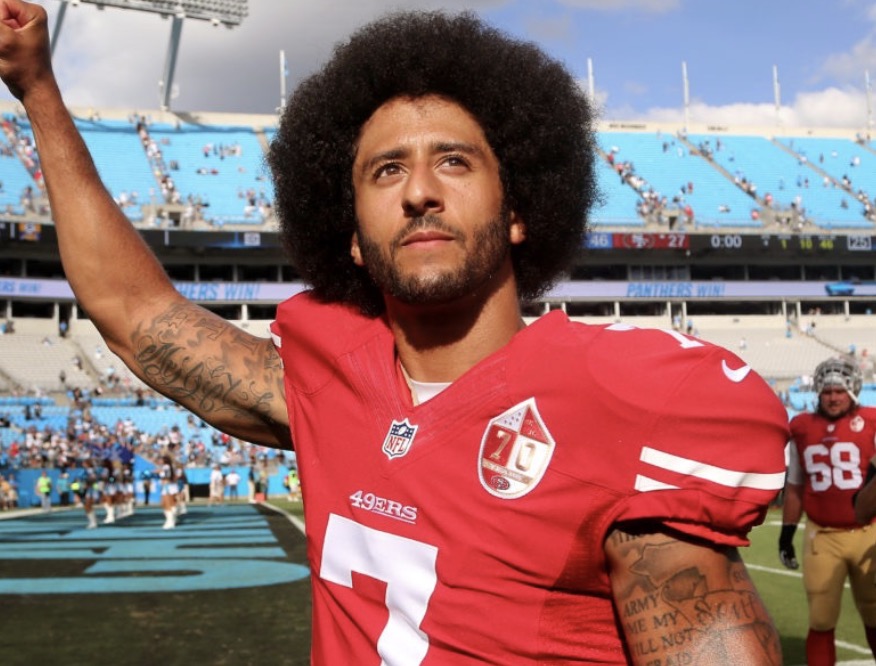 Kaepernick still selling thousands of jerseys and has no job!!

SANTA CLARA, CA – JANUARY 01: Colin Kaepernick #7 of the San Francisco 49ers drops back to pass against the Seattle Seahawks during the second quarter of their NFL...
by Zach Freeman June 19, 2017 466 Views 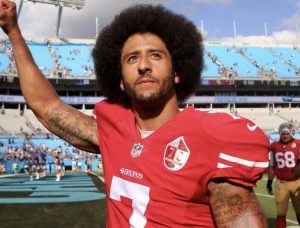 His extended stint without a team has been the source of much debate.

Kaepernick became one of sports’ most polarizing figures last season when he kneeled for the United States national anthem before games, a choice other athletes soon followed. He explained his protest to Steve Wyche of NFL.com last August.
“I am not going to stand up to show pride in a flag for a country that oppresses black people and people of color,” he said. “To me, this is bigger than football, and it would be selfish on my part to look the other way. There are bodies in the street and people getting paid leave and getting away with murder.”

In May, while Kaepernick’s jersey was outselling those of fellow quarterbacks like the Seattle Seahawks’ Russell Wilson, Carolina Panthers’ Cam Newton and New Orleans Saints’ Drew Brees, Giants co-owner John Mara told Jenny Vrentas of The MMQB about fans’ response to the protest.

“All my years being in the league, I never received more emotional mail from people than I did about that issue,” Mara said. “If any of your players ever do that, we are never coming to another Giants game. It wasn’t one or two letters. It was a lot. It’s an emotional, emotional issue for a lot of people, moreso than any other issue I’ve run into.”

Meanwhile, fellow players have voiced support for Kaepernick.
Seattle Seahawks cornerback Richard Sherman said during an appearance on First Take he believed the former Niners starter was being blackballed by teams, per Sheil Kapadia of ESPN.com.

“I’m sure he is,” he said. “It’s difficult to see because he’s played at such a high level, and you see guys, quarterbacks, who have never played at a high level being signed by teams. So it’s difficult to understand. Obviously he’s going to be in a backup role at this point. But you see quarterbacks—there was a year Matt Schaub had a pretty rough year and got signed the next year. So it has nothing to do with football. You can see that. They signed guys who have had off years before.”

Kaepernick visited with Sherman’s Seahawks in May, but the franchise opted to sign Austin Davis to compete with Trevone Boykin for the backup role behind Wilson. The market for Kaepernick has otherwise been quiet over the past three months.