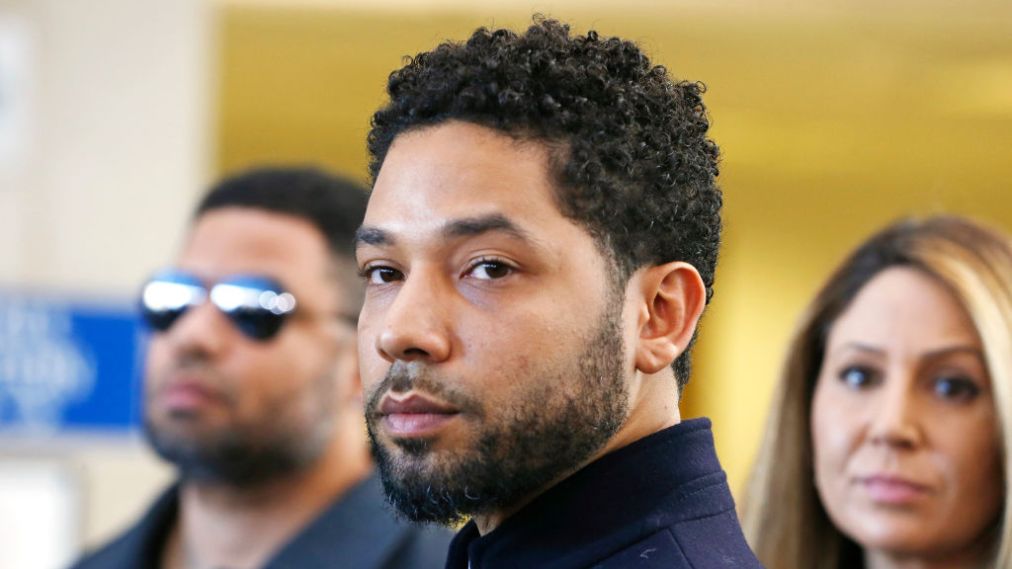 Jussie Smollett Posts on IG for the First Time Since Attack

Copyright (c) 2018 CBS Studios Inc. All Rights Reserved.  Jussie Smollett is back on Instagram. The Empire star returned to the social media platform on Monday, posting for the first time since...
by Joy Smith June 10, 2019 253 Views

The Empire star returned to the social media platform on Monday, posting for the first time since his alleged January attack. Smollett, 36, posted a clip from Tarell Alvin McCraney’s passionate speech about black queerness while introducing his play, Choir Boy, at the 2019 Tony Awards at Radio City Music Hall in New York City on Sunday. Choir Boy was up for Best Play as well as three other awards.

Smollett had attended the play’s opening night earlier this year. The cast dedicated a performance to Smollett in January. “🙏🏾 @octarell_again🙏🏾 So much #PRIDE,” the actor wrote alongside the video on Monday — his first post since Jan. 28. Comments were disabled on the post.

Smollett had been laying low on social media since he alleged he was the victim of a homophobic and racist attack in Chicago on Jan. 29.

The actor was later charged with 16 felony counts by a grand jury for allegedly lying to police when reporting the attack. Police insist the actor, who is black and gay, staged the attack because he was unhappy with his salary and wanted publicity. Smollett, who has maintained his innocence in the case, reached a deal with prosecutors in March, and all criminal charges were dropped against him.

Amid the scandal, Smollett was written out of the end of season five of Empire. His return to social media comes a week after creator Lee Daniels revealed that Smollett would not be reprising his role as Jamal Lyon on the series’ upcoming sixth and final season.

A Well Known Pastor’s Son Out Of Atlantic City, NJ Has Been Charged With Knowingly Infecting Man With HIV!