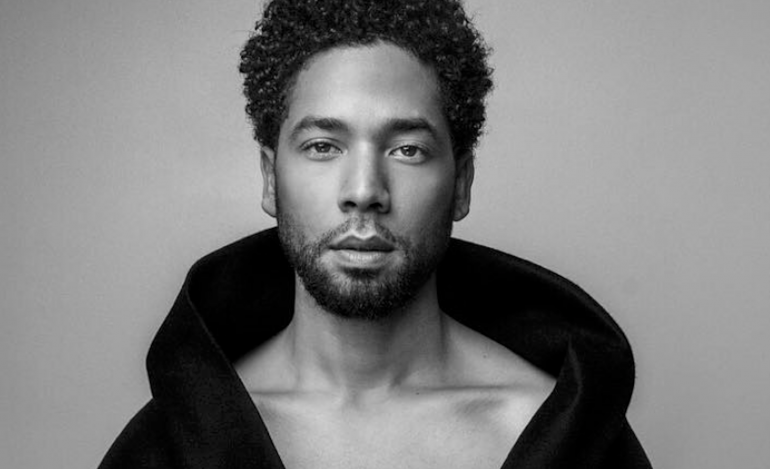 Play video content Jussie Smollett is back in a Chicago courtroom, and you’ve gotta see the ruckus his arrival created outside … as his supporters made sure they were heard....
by Zach Freeman February 24, 2020 139 Views

Jussie Smollett is back in a Chicago courtroom, and you’ve gotta see the ruckus his arrival created outside … as his supporters made sure they were heard.

Jussie was flanked Monday morning by an entourage of about 10 people — some of them family members — as he made his way into his arraignment on 6 new felony counts of lying to cops. At least one photog went down in a heap at Jussie’s feet while he tried to get into the courthouse.

In the video, you can hear Jussie’s backers chanting, “What do we want? Justice! When do we want it? Now!!!”

We’re expecting the ex-“Empire” star to enter not guilty pleas to all 6 charges in the new indictment calls the 6 charges “disorderly conduct,” but all 6 involve allegations of lying to cops.Play video content

Interestingly, Abel and Ola Osundairo also showed up at court this morning. There’s no reason for them to be at his arraignment — we know they’ll be testifying against Jussie, but that’s weeks down the road.

As we reported … the special prosecutor, Dan Webb, said Jussie “planned and participated in a staged hate crime attack, and thereafter made numerous false statements to Chicago Police Dept. officers.”

You’ll recall, Jussie claimed he was attacked in Chicago by 2 white men … alleging the men put a rope around his neck and doused him with bleach. He claimed they also yelled racial and homophobic slurs. As the investigation unfolded, 2 black men — brothers Abel and Ola Osundario — were detained and they told police Jussie paid them to stage the attack.Play video content

The special prosecutor effectively re-opened the controversial case nearly a year after Cook County prosecutors dropped all 16 felony counts against Smollett in March 2019. At the time, they called it a “just disposition and appropriate resolution,” but not an exoneration.