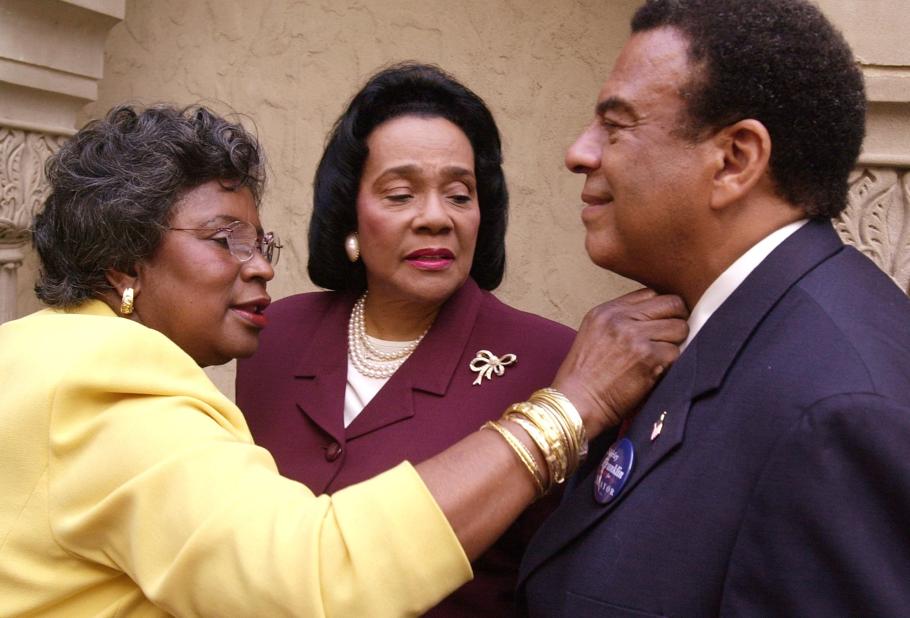 Juanita Abernathy, the wife of the Rev. Ralph David Abernathy and one of the last stalwarts who helped birth the modern Civil Rights Movement, has died. Abernathy’s family confirmed...
by Raquel Jayson September 12, 2019 367 Views

Juanita Abernathy, the wife of the Rev. Ralph David Abernathy and one of the last stalwarts who helped birth the modern Civil Rights Movement, has died.

Abernathy’s family confirmed her passing in a statement late Thursday, calling her the “last remaining person who was actively involved from ‘day one’ of the Montgomery Bus Boycott and the Civil Rights Movement.”

They said she died surrounded by her three remaining children and four grandchildren at Piedmont Hospital. The family did not reveal the cause of death.

Juanita Abernathy came of age as a civil rights icon right at the dawn of the modern movement. She was the young wife of Rev. Abernathy, who was a pastoring a church in Montgomery. The couple got to know another young preacher and his wife, Martin Luther and Coretta Scott King. Their friendship and activism helped reshape America’s cultural and political landscape.

It was at the Abernathys’ kitchen table, often following a meal prepared by Juanita Abernathy, that the early strategies of the civil rights movement – particular the Montgomery Bus Boycott – were hatched.

“When I started off in ‘55 in Montgomery, recognition and honor was nowhere in my mind,” Juanita Abernathy told the Atlanta Journal-Constitution in 2013, when she was being honored by the Atlanta City Council. “I started when there were no cameras and no newspapers writing nice things about you, instead they were writing all sorts of ugly things. But we kept going. It wasn’t about us. It wasn’t about me. It has always been about right and righteousness. Justice and equality. Not just for me and my family, but for all of God’s children.”

Juanita Abernathy continued working after the height of the movement and the deaths of many of its leaders, including serving on boards such as MARTA’s and the Fulton County Development Authority

Looks Like Love And Hip Hop Wants Those Old Flames Back.