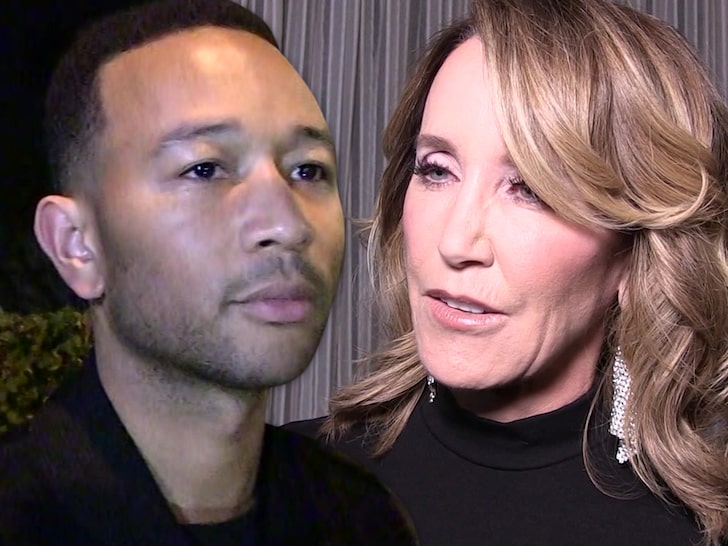 John Legend said what?! He has an interesting take on the Felicity Huffman Case

John Legend had an interesting take on Felicity Huffman‘s 14-day sentence in her college bribery scandal case … people are angry at the wrong thing. John just said, “I get why...
by Alycia Pascual-Pena September 14, 2019 258 Views

John Legend had an interesting take on Felicity Huffman‘s 14-day sentence in her college bribery scandal case … people are angry at the wrong thing.

John just said, “I get why everyone gets mad when rich person X gets a short sentence and poor person of color Y gets a long one. The answer isn’t for X to get more; it’s for both of them to get less (or even none!!!). We should level down not up.”

Okay … time for a few opinions. First, John’s right, especially when you’re talking about equivalent crimes. But, in some cases, long sentences are appropriate. They need to be handed down fairly, with equality for all.

Now the bigger issue … a lot of people think prosecutors won the Felicity case. That’s just ridiculous. Prosecutors suffered a blistering loss. When they announced they were filing 50 cases, they talked about how other prospective students were being denied admission because of bribery by rich parents. There was talk of years in prison … even decades for wrongdoers.

The prosecution got shut down by both the probation dept. and the judge. As the probation dept. said in its sentencing recommendation, there was no “intended loss.” Translation … the law doesn’t consider the possibility some other student was denied admission because Felicity had her daughter’s SAT test rigged. You may not like that, but that’s what the judge said.

The key is “loss,” and the judge said there was none, and undercuts the core of the prosecution’s case. Prosecutors drastically lowered their sentencing recommendation to 1 month and they didn’t even get that.

Fact is … 14 days behind bars is what someone gets for stealing a bottle of wine from a liquor store. Prosecutors in the college admissions scandal spent millions and now say the point is not the amount of time, but the fact the wrongdoers got some time. You will never hear those words uttered privately among prosecutors, because the amount of time DOES matter.

Felicity is paying for what she did, but she’s got to be breathing a HUGE sigh of relief. And, guess who else is probably breathing a lot easier today given Felicity’s sentence … Lori Loughlin.