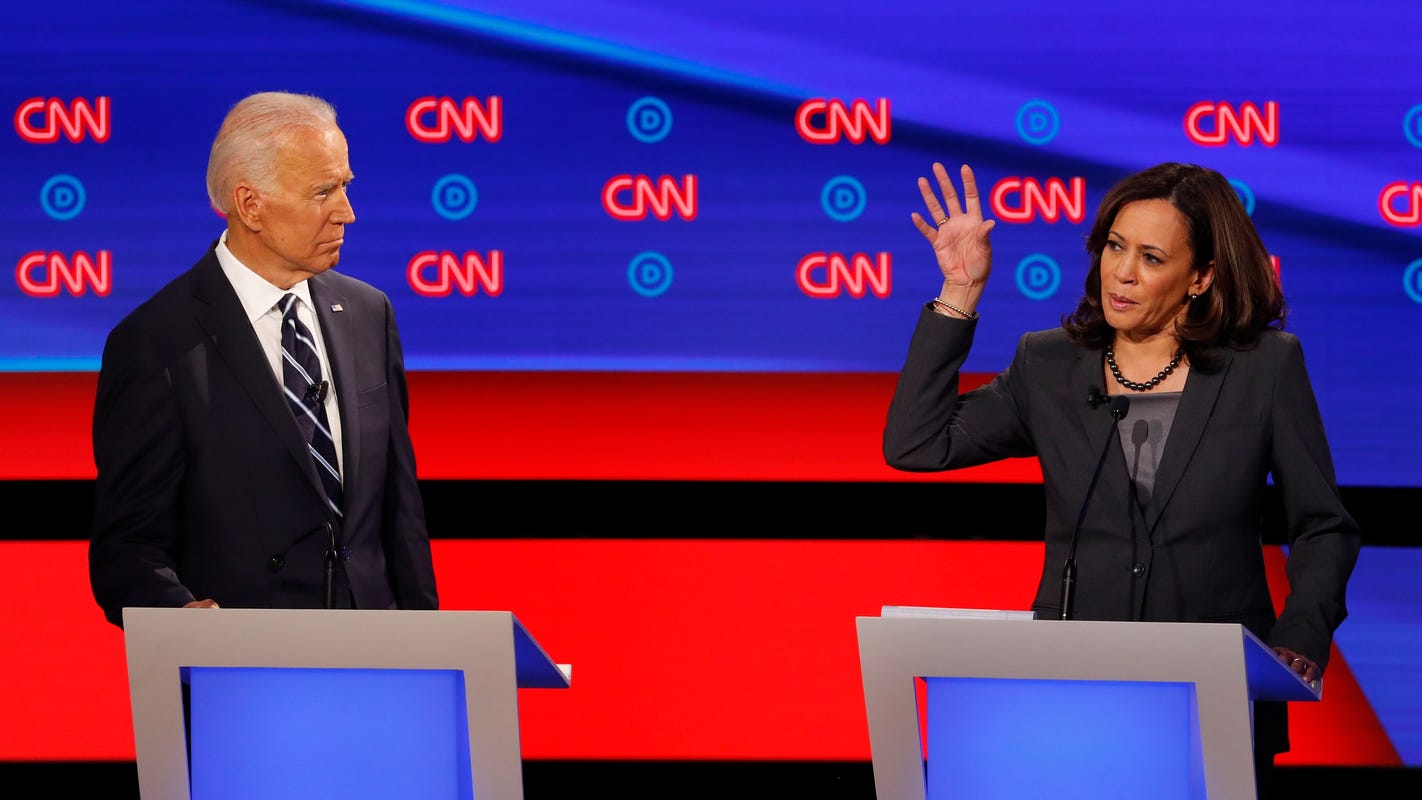 The former veep — despite a series of characteristic gaffes in recent weeks — was the choice of 29 percent of those surveyed by CNN between Thursday and Sunday, up from 22 percent in a June survey by the cable network.

White House counselor Kellyanne Conway was quick to mock Harris, who is of Indian and Jamaican descent, for her falling numbers on Twitter, suggesting that Democrats were racist and sexist for not supporting her.

“Kamala Harris plummeted 12 points from June to August, according to a new @CNN #poll of Democrats about 2020. Using their own logic and lexicon, doesn’t that make Democrat primary voters ‘racist’ and ‘sexist’?” she wrote.

Team Trump has responded to charges of racism against the president over his immigration policies and after he attacked a handful of minority lawmakers by accusing Democrats of branding anyone who disagrees with their policies as racist.

Harris, the California senator whose numbers rose after the first presidential debate, fell back to earth, garnering just 5 percent in the new poll compared to 17 percent in the June survey.

The poll also showed that Bernie Sanders rose to 15 percent from 14 percent; Elizabeth Warren dropped from 15 percent to 14 percent while Mayor Pete Buttigieg rose slightly from 4 percent in June to 5 percent in August.

None of the other top candidates, including Beto O’Rourrke, Julian Castro or Cory Booker, topped 3 percent.

New York’s entrants in the crowded field, Mayor de Blasio and Sen. Kirsten Gillibrand, came in at less than 1 percent each.