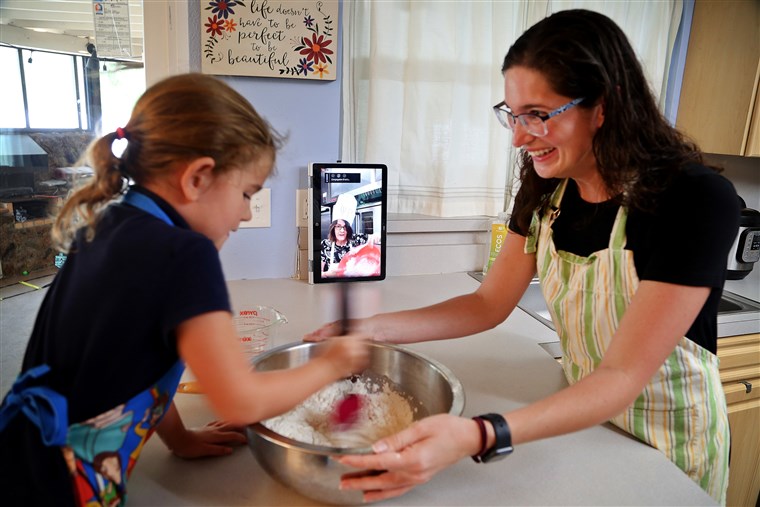 For nearly a decade, Chad Martin, 37, and Kara Silverman, 36, have held an “Orphan Seder” in New York for those unable to observe Passover with their families.

But as the United States goes into its fourth week in quarantine due to the coronavirus pandemic, Martin and Silverman’s “Orphan Seder” won’t go on as usual.

Instead, the pair is expecting more than 50 people to join them in a video conference they’re calling “Zoomover.”

“As we slowly realized we weren’t going to be able to do it in person, it was just a no brainer to us to switch to the digital world and continue the tradition online,” Silverman said.

With no end to the coronavirus quarantine in sight and domestic and international travel grinding to a near standstill, religious holiday gatherings for traditions like Passover and Easter will, for the most part, largely take place online via video conferencing platforms like Zoom, FaceTime and Google Hangouts.

Passover, which starts Wednesday and ends next Thursday, April 16, is the first major religious holiday to take place since the coronavirus outbreak hit the United States and many states issued stay-at-home orders. However, in some cases, certain religious groups have defied calls to disband large gatherings to continue business as usual.

In Louisiana, a pastorwas hit with six misdemeanors for six services he has held since March 16 when Gov. John Bel Edwards announced an order against gatherings of more than 50 people. That includes a Palm Sunday service that attracted hundreds.

In Florida, religious gatherings are exempt from the ban, and debate has raged as to whether the government can actually shut them down due to the coronavirus. Religious gatherings have continued in other states including Ohio and California as governors plead for them to stop.

While some religious institutions defy calls for social distancing, others are finding ways to continue observing tradition from afar.

In New York City, which has been the center of the outbreak in the U.S., several Brooklyn-based synagogues plan to host virtual Seders, the holiday’s ritual feast, throughout Passover, according to Bklyner.

Families across the country who normally spend the High Holy Days together said they, too, would be holding their Seder online.

Nick Garber, 23, had planned to fly from Seattle to New York to observe the holiday with his family, but said he slowly realized as the coronavirus crisis worsened that he wouldn’t be able to travel.

“I think there was a pretty general reluctance to outright cancel it,” Garber said, adding that if they did cancel, it would be the first time in generations that his family wouldn’t observe the holiday together. “Like so many American-Jewish families, it’s just about the tradition and having an excuse to get together as a family.”